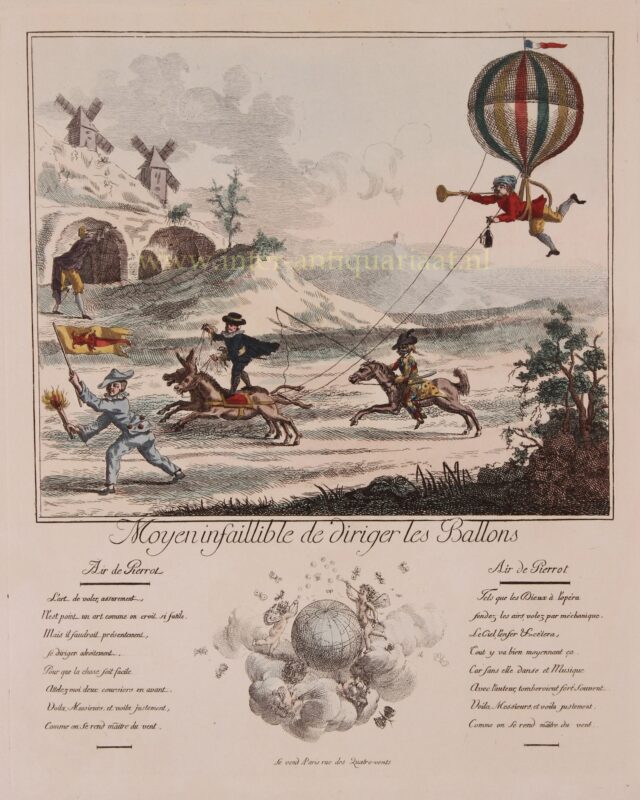 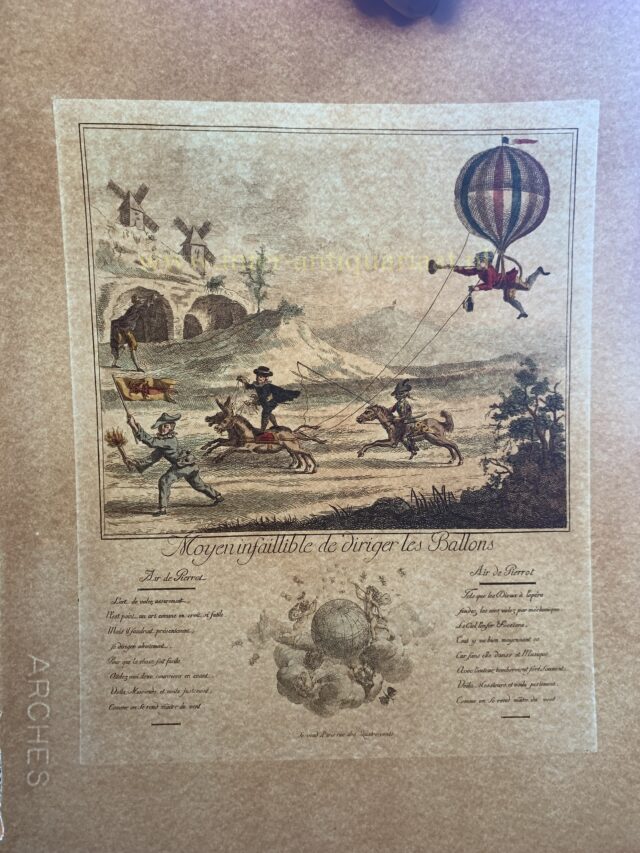 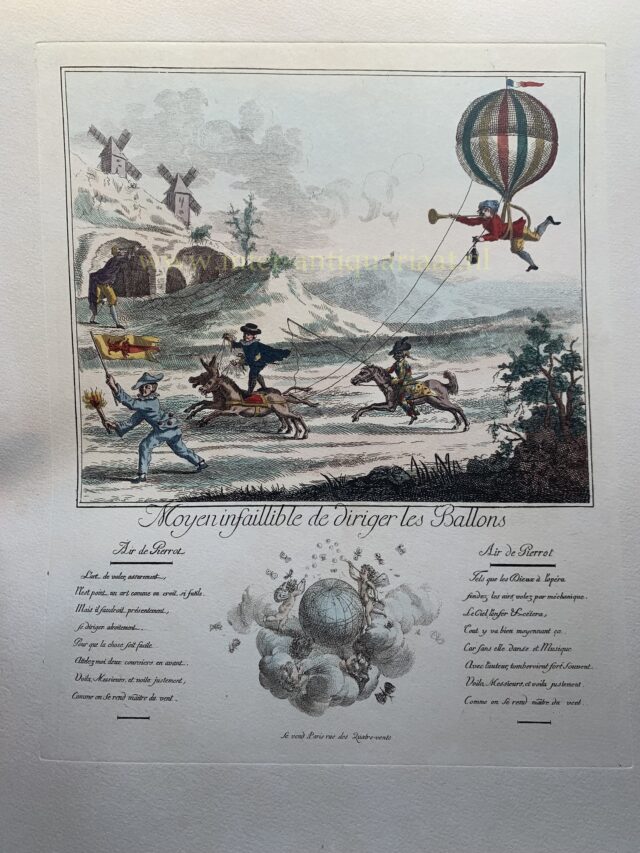 A boy riding donkeys is pulling a man harnessed to a balloon. The verses under the scene mock the invention of the flying machine:

The art of flying, certainly,
Is not an art, that is futile as it seems,
But now we need to make it easy,
Harness me two steeds ahead,
There you go gentlemen, there you have it,
As one becomes master of the wind.
Like the gods at the opera, cutting through the air, flying by mechanics…

In a second illustration cherubs and butterflies are flying around a balloon decorated to look like Earth. “Se vend A Paris rue des Quatre-vents.” [This print is sold in Paris in the street of the four winds.]