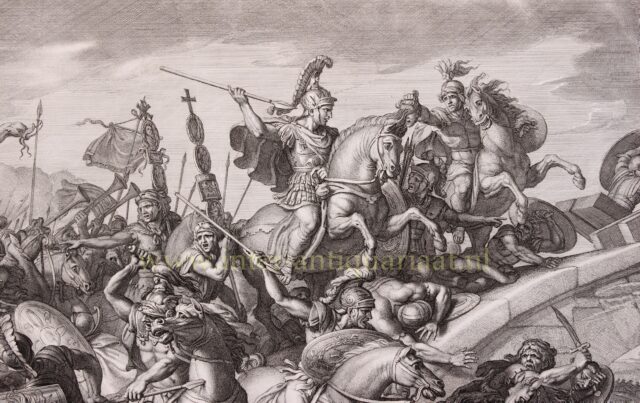 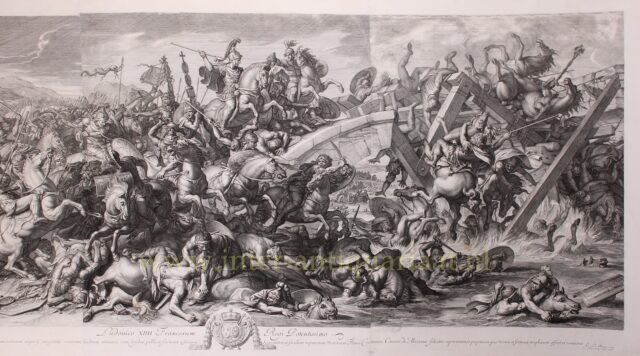 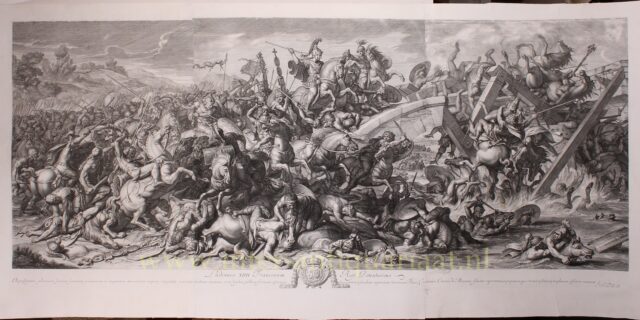 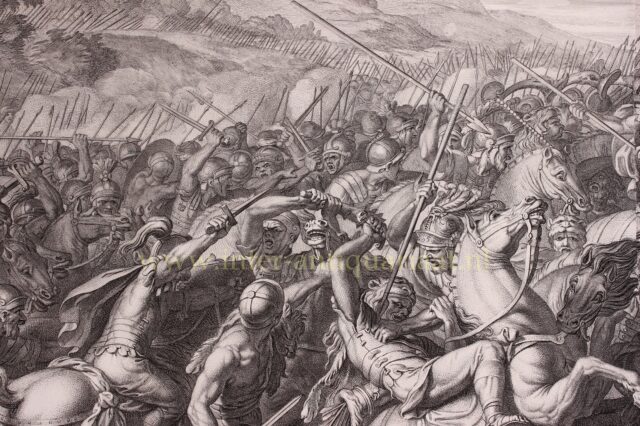 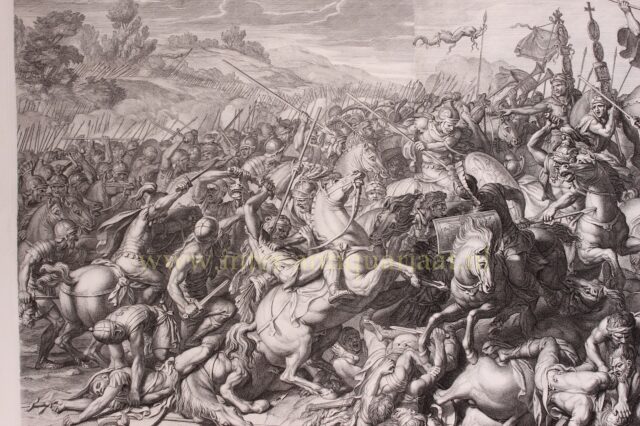 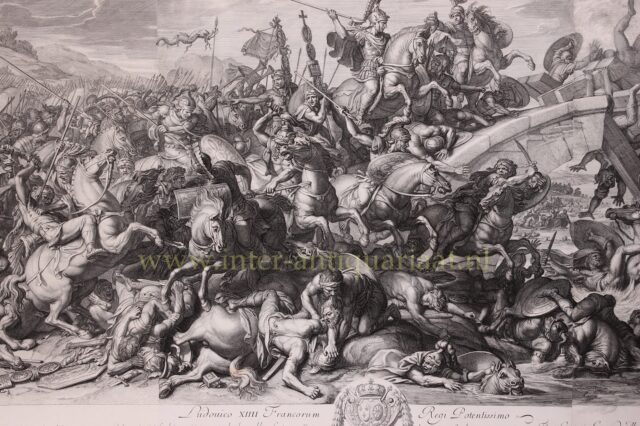 THE BATTLE OF THE MILVIAN BRIDGE

The Battle of the Milvian Bridge took place between the Roman Emperors Constantine I and Maxentius on 28 October 312 AD. It takes its name from the Milvian Bridge, an important route over the Tiber. Constantine won the battle and started on the path that led him to become the sole ruler of the Roman Empire. Maxentius drowned in the Tiber during the battle; his body was later taken from the river and decapitated, and his head was paraded through the streets of Rome.

It is said that the battle marked the beginning of Constantine’s conversion to Christianity. Constantine and his soldiers had a vision sent by the Christian God. This was interpreted as a promise of victory (“In Hoc Signo vincit“) if the sign of the Chi Rho, the first two letters of Christ’s name in Greek, was painted on the soldiers’ shields.

The Arch of Constantine, erected in celebration of the victory, attributes Constantine’s success to divine intervention.

On this very large engraving by 26 year old Gérard Audran, we see Constantine followed by a small cruciﬁx,  bearing a javelin and charging across the summit of the Milvian Bridge just outside of Rome toward terriﬁed enemies who have become prey to the trap they had set for the soon-to-be victorious Christian emperor. (Maxentius had partially destroyed the bridge during his preparations for a siege of Rome.) In the end, Maxentius is the unintended victim of his own treachery. Framed by the bridge’s ruined timbers, he grasps the neck of his terriﬁed horse as he plunges backward toward his demise.

Le Brun reminds his viewers that soldiers from Rome sometimes received a fee for each head of an enemy they presented to their leaders. On the bridge, in a scene recalling one from the Column of Trajan, a proud rider eagerly holds out to Constantine the head from one of the bodies sprawled beneath them. Another rider, galloping in the center of the picture, cradles his prize inside his shield. And just above the royal coat of arms in the engraving’s dedication at the bottom centre, the most terrifying episode foreshadows what will soon become of Maxentius. In a moment of grotesque eﬃciency, a soldier clenches between his teeth the hair of a severed head and uses both hands to decapitate his next victim, a weakened cavalryman who lies pinned beneath his fallen horse.