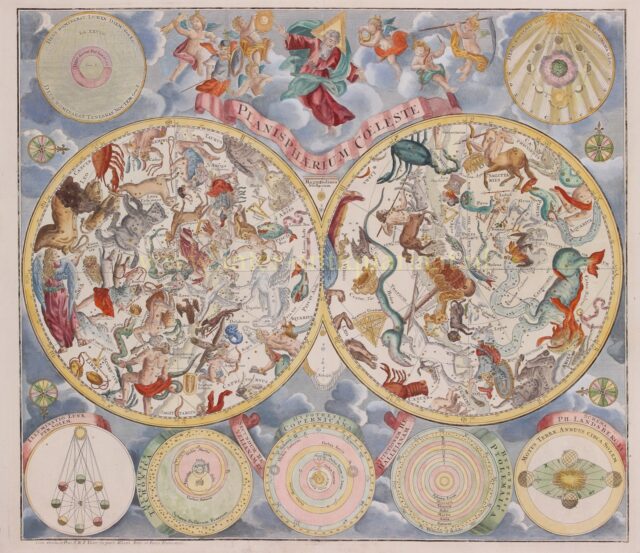 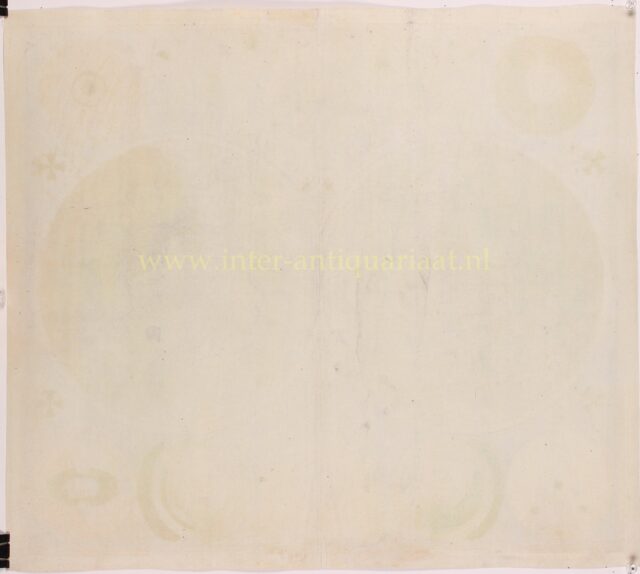 This chart shows us the stars of the Northern and Southern Hemispheres depicted as allegorical figures, animals and scientific instruments. The style of the constellations follows the Firmamentum Sobiescianum sive Uranographia from 1687 by the Polish astronomer Johannes Hevelius. The chart’s design was based on work by the Nuremberg astronomer Georg Christoph Eimmart (1638-1705).

In addition to the hemispheres, we see seven diagrams against a background of clouds. At the top left texts from Genesis: God called the light “day”, and the darkness He called “night”. At the top right the phases of the moon as seen from earth. In the center at the top we see God as the Creator, seated on a cloud and accompanied by putti. At the bottom left: the illumination of the moon by the sun, astronomical models by Tycho Brahe, Copernicus and Ptolemy as well as a model by Van Lansberge about the movement of the earth around the sun. A key to the size of the stars on the hemispheres is shown in the center.