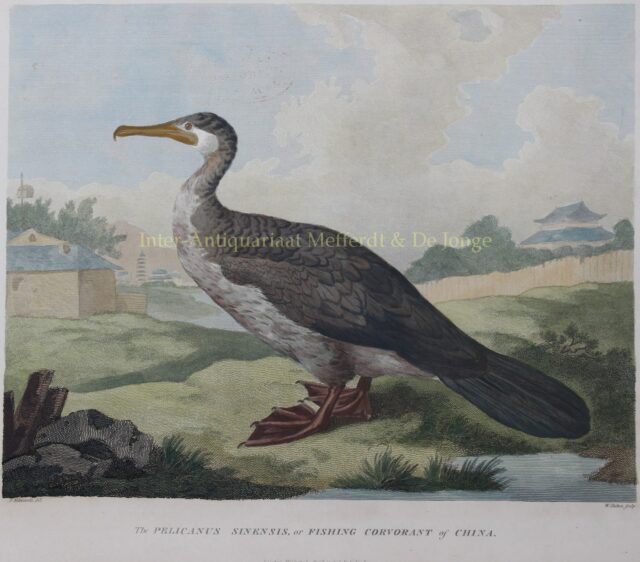 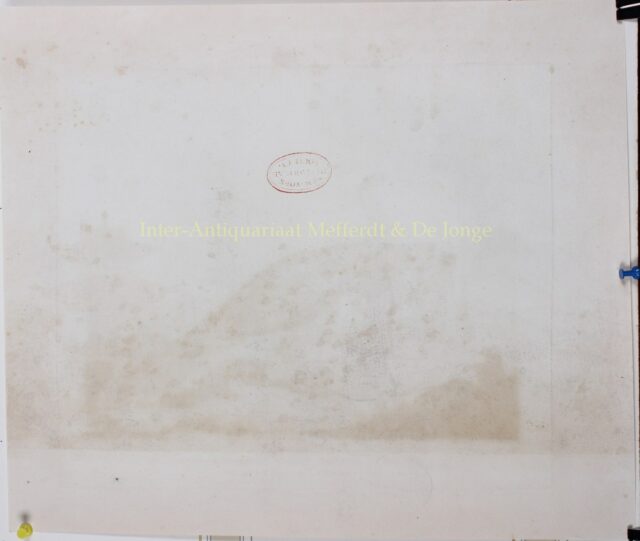 “The Pelicanus Sinensis, or Fishing Corovant of China.” Copper engraving by W. Skelton after a drawing by William Alexander (1767-1816 ) from the “Authentic account of an embassy from the King of Great Britain to the Emperor of China; including cursory observations made, and information obtained, in travelling through that ancient empire” written by Sir George Leonard Staunton and published April 12, 1796 in London by G. Nicol. Coloured by a later hand. Size (image): 24,3 x 31 cm.

Staunton writes about the Fishing Cormorant: “The Embassy had not proceeded far on the southern branch of the canal, when they arrived in the vicinity of the place where the Leu-tze, or famed fishing bird of China, is bred, and instructed in the art and practice of supplying his owner with fish in great abundance. It is a species of the pelican, resembling the common corvorant, but distinguished … as: brown pelican or corvorant, with white throat, ‘the body whitish beneath and spotted with brown’; ‘the tail rounded ; the irides blue; the bill yellow.‘”