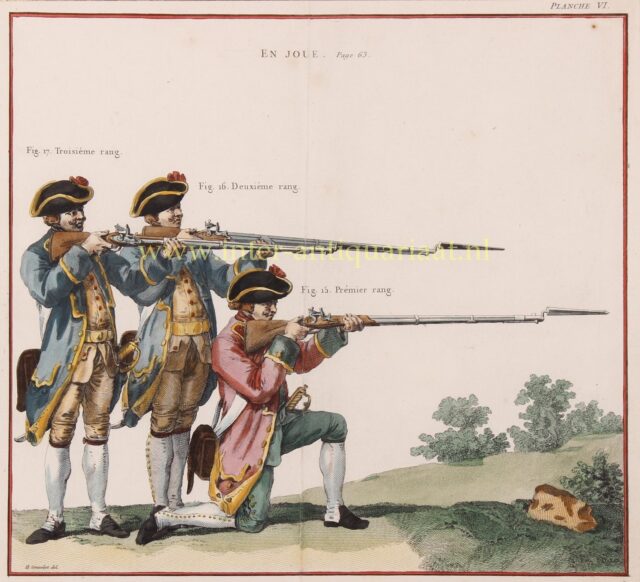 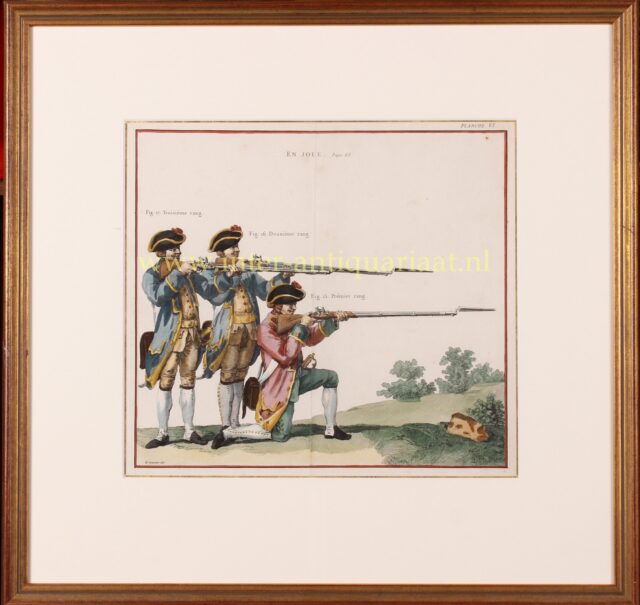 INFANTRY OF THE FRENCH ROYAL ARMY

The French Royal Army (French: “Armée Royale Française”) serving from the mid-17th century until July 1830 was a model for the new regimental system that was to be imitated throughout Europe. It was regarded as Europe’s greatest military force and one of the most powerful armies in the world.

The exercise of 1766 took place in a short period of peace for the Kingdom of France, between the end of the Seven Years’ War ending in 1763 and the Anglo-French War beginning in 1778.