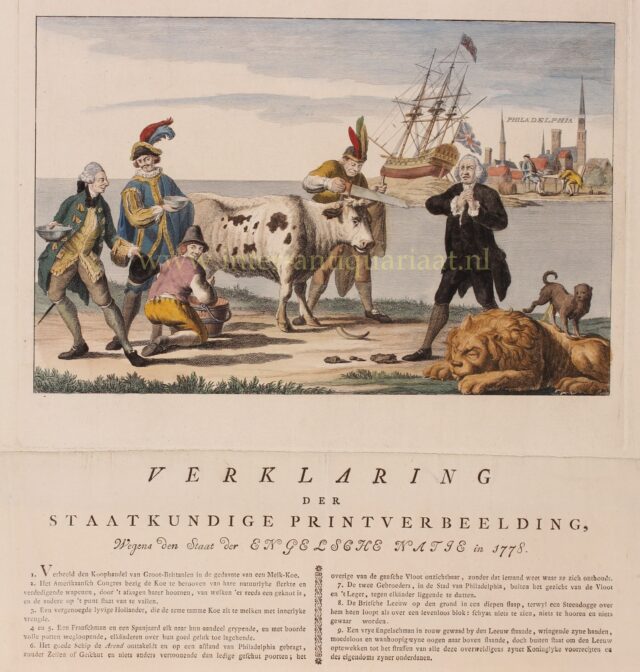 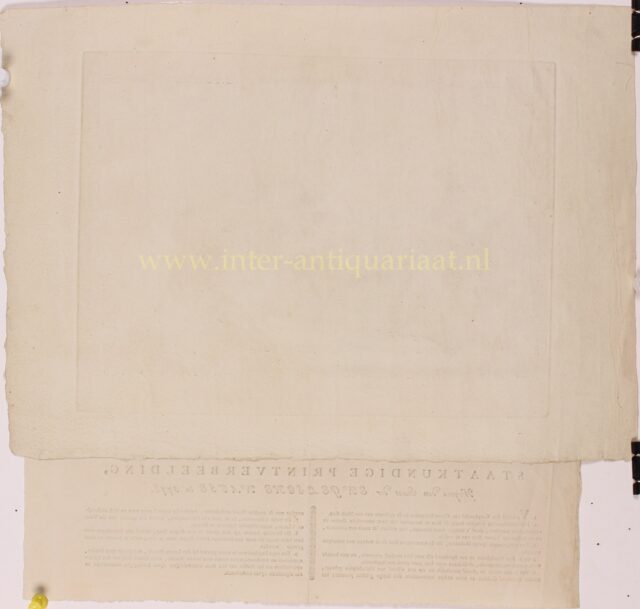 Reference is being made to the threat to British commerce posed by the avarice of England’s neighbors and controversial conduct of Richard and William Howe as commanders of the British land and sea forces in America. A cow, representing the commerce of Great Britain, stands at the shore while an American saws off her horns. A Dutchman milks the cow while a Frenchman and Spaniard wait for their share of the milk. The British lion sleeps in the foreground while a small dog befouls him. In the background, Lord Howe’s ship has run ashore at Philadelphia, and the Howe brothers are depicted in a drunken stupor at a table, representing the hollow victory of the capture of Philadelphia. An Englishman, wringing his hands in despair, watches the scene unaware of how to help.