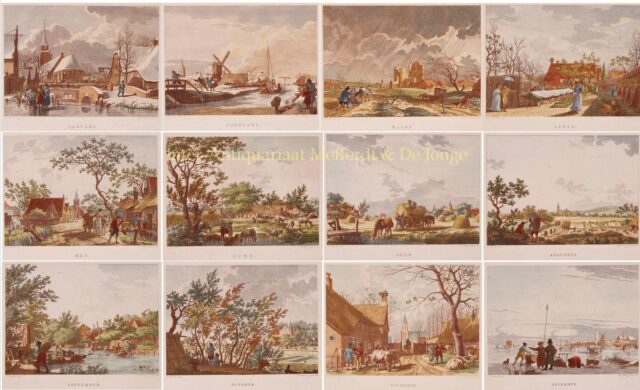 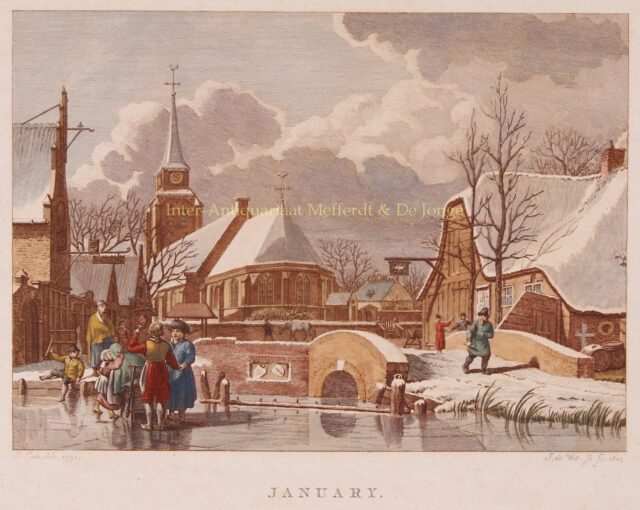 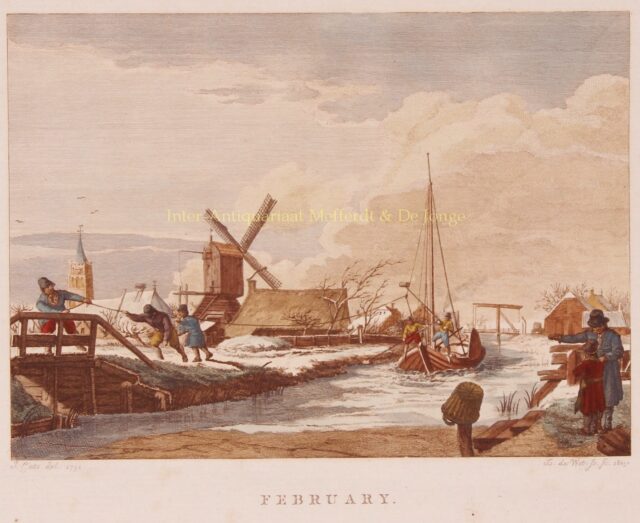 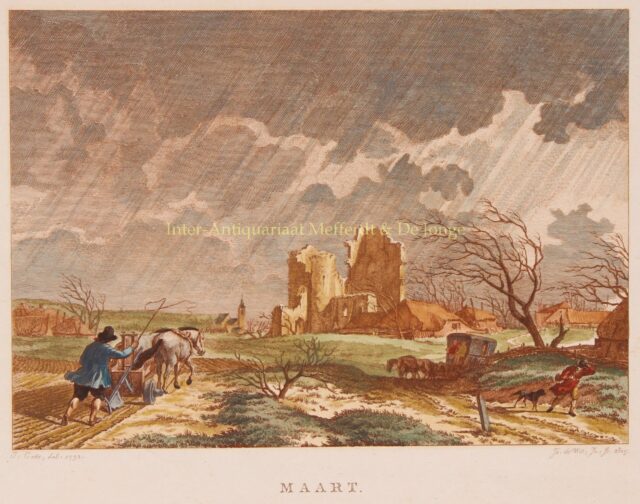 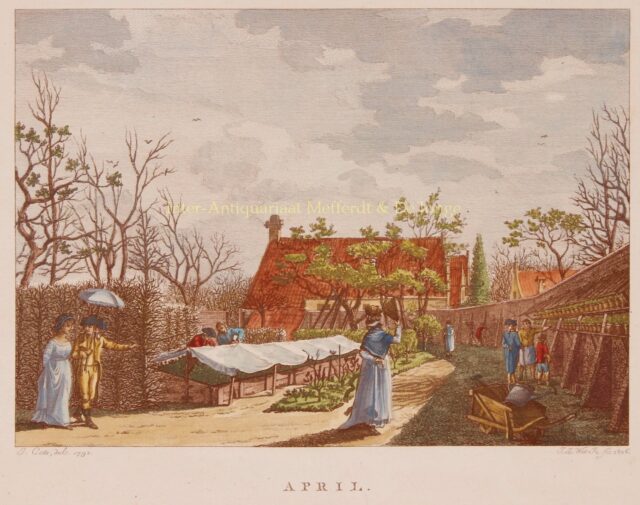 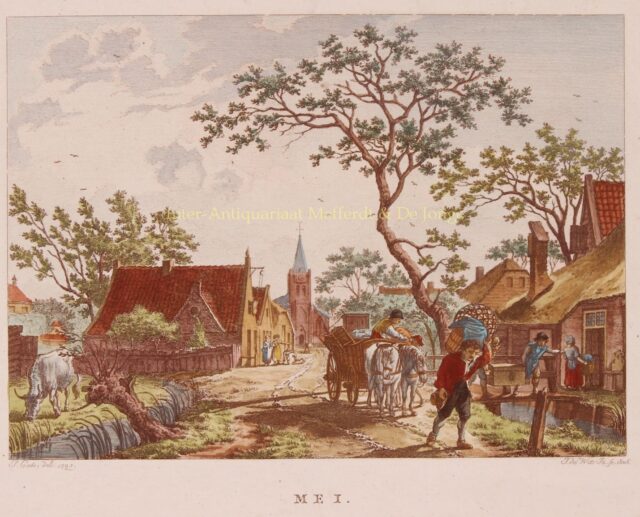 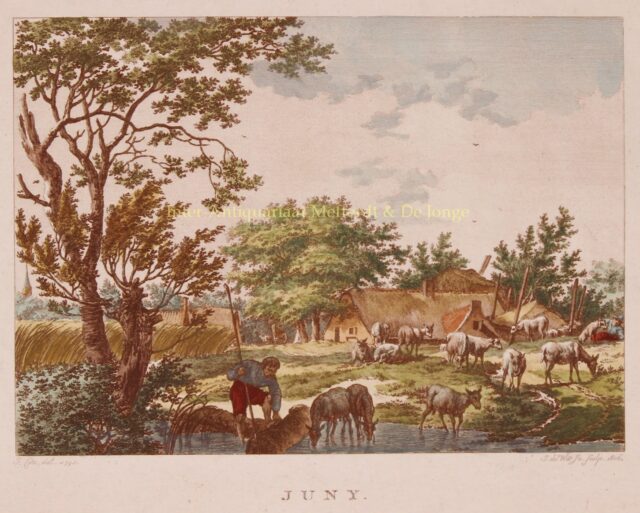 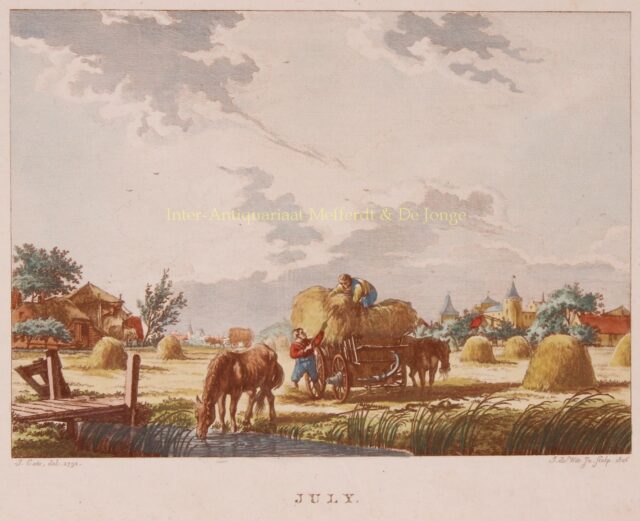 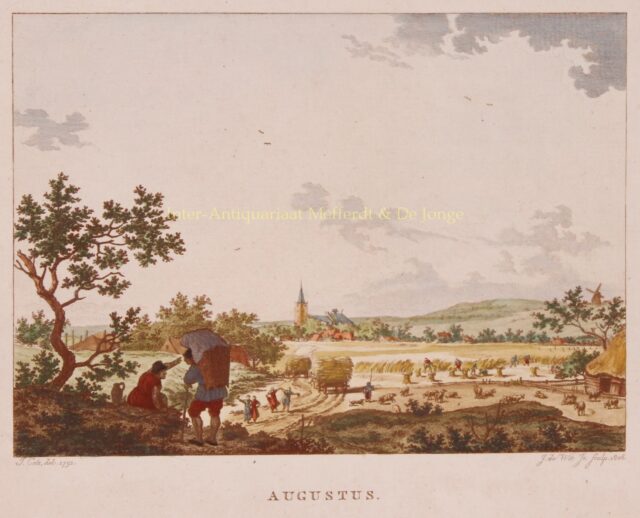 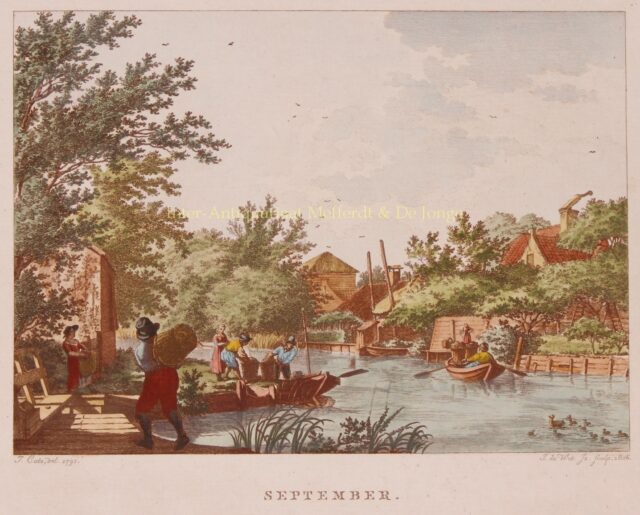 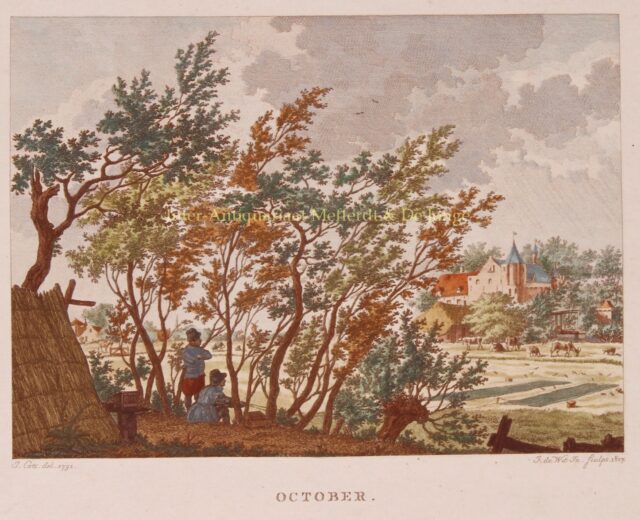 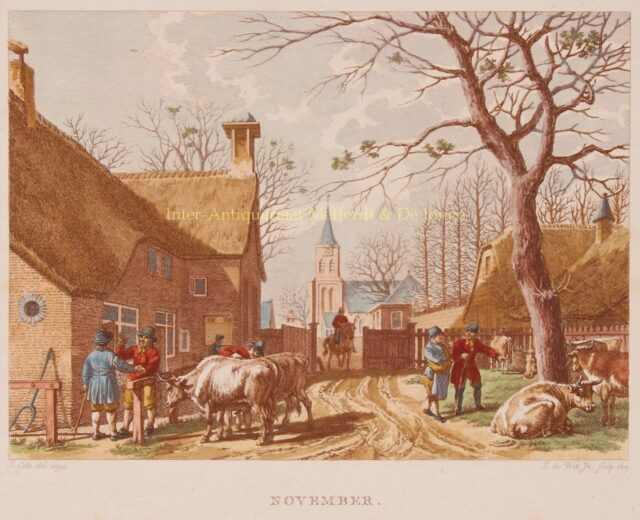 Jacob Cats (1741-1799) was an excellent Dutch draughtsman, who also etched and painted. He studied under Abraham Starre and Pieter Louw. Initially, he worked for the wallpaintings firm of Troost van Groenendoelen, later he established his own firm where he collaborated with i.a. Egbert van Drielst. As the market for wallpapers declined in the 1780s, Jacob Cats devoted himself entirely to drawing. He was celebrated for drawing townscapes and landscapes with realistically rendered persons and animals, his works having a distinct originality, and being marked by a poetical rendering of the features of nature, as well as by careful manipulation. He also created a good feeling of depth in his work. They are often suggestive of seventeenth-century artists such as Adriaan van de Velde and of Berchem, and are highly valued.

In addition to copying some famous paintings, such as Rembrandt’s Night Watch and Bartholomeus van der Helst’s Banquet of the Amsterdam Civic Guard, he painted many landscapes with people and animals. He was famous for being able to render figures very realistically and to create great depth in his drawings.

Cats specialized in pendants (e.g. the same landscape in summer and winter), series of the seasons or months. His work is represented in nearly all major public collections in the Netherlands.

Izaak de Wit Jansz. (1744-1809) was a Dutch etcher and engraver, a student of Jacques-Philippe Le Bas and worked for Reinier Vinkeles, among others. For a while he taught at the Fundatie van Renswoude in Utrecht. The series of drawings by Jacob Cats after which De Wit Jansz. made his etchings, was part of the collection of Jacob Helmolt, tax collector in Haarlem.