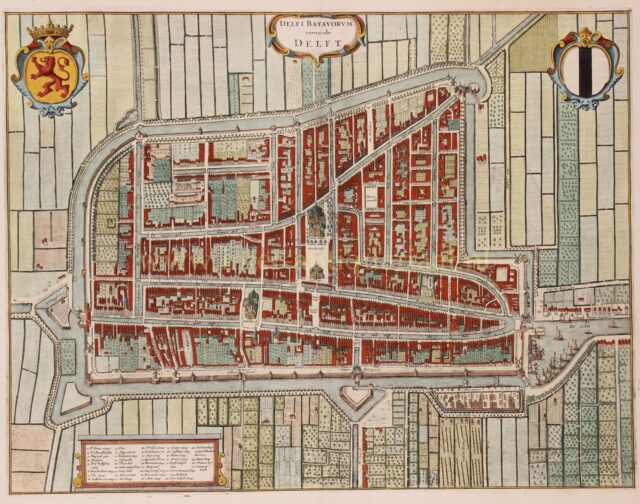 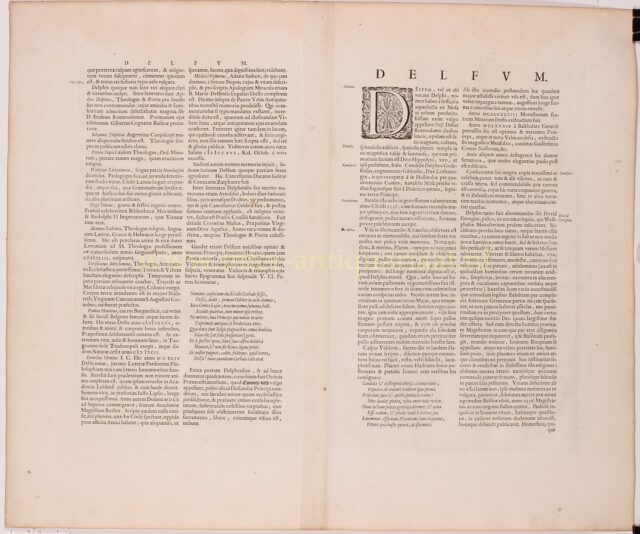 THE CITY OF DELFT

Until the 17th century, Delft was one of the major cities of Holland. Already in 1400, the city had 6500 inhabitants and was the third largest in size, after Dordrecht (8000) and Haarlem (7000). In 1560 Amsterdam with 28,000 inhabitants had become the largest city, followed by Delft, Leiden and Haarlem, each of which had about 14,000 inhabitants.

In the 17th century, Delft experienced a new heyday. A Chamber of the VOC was established in Delft. The city sent a fleet to Southeast Asia three times a year, importing spices, Chinese porcelain and other luxury goods. The tradition of Delftware originated from the import of Chinese porcelain, with an extensive pottery industry.

During the Eighty Years’ War, Delft became a center of resistance against the Spanish, after several cities and territories managed to evade Spanish authority in the 1570s. Prince William of Orange briefly resided in Delft, in the former Sint-Agatha monastery, which has since been called Prinsenhof. After William of Orange was declared an outlaw by King Philip II, he was also murdered there by Balthasar Gerards in 1584.

This map was published after the Peace of Münster (1648) as part of Joan Blaeu’s town book of the Netherlands “Novum Ac Magnum Theatrum Urbium Belgicae Liberae Ac Foederatae“.

The Amsterdam cartographer and publisher Joan Blaeu set himself the task of simultaneously achieving the objectives of Abraham Ortelius (famous for the publication of the first modern atlas in 1578) and Georg Braun and Franz Hogenberg (known for their town book published at the end of 1600): a multi-volume world atlas added by a number of town books.

The town book of the United Netherlands was published in a Latin edition in 1649; the Dutch edition was printed in 1652. Some of the maps included in this work had already been published in older maps, other maps were made entirely new for Blaeu’s town book.