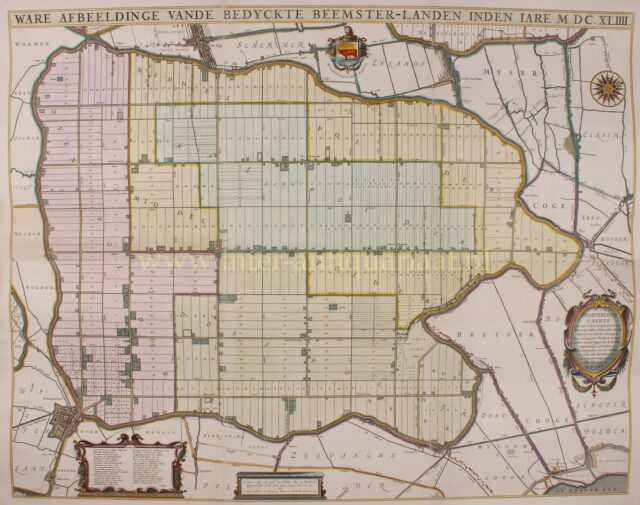 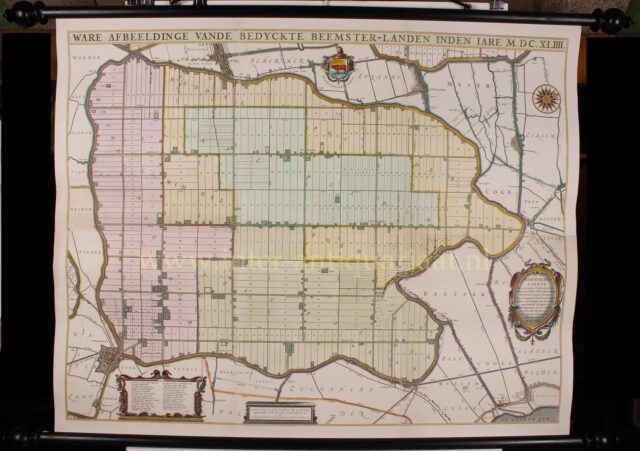 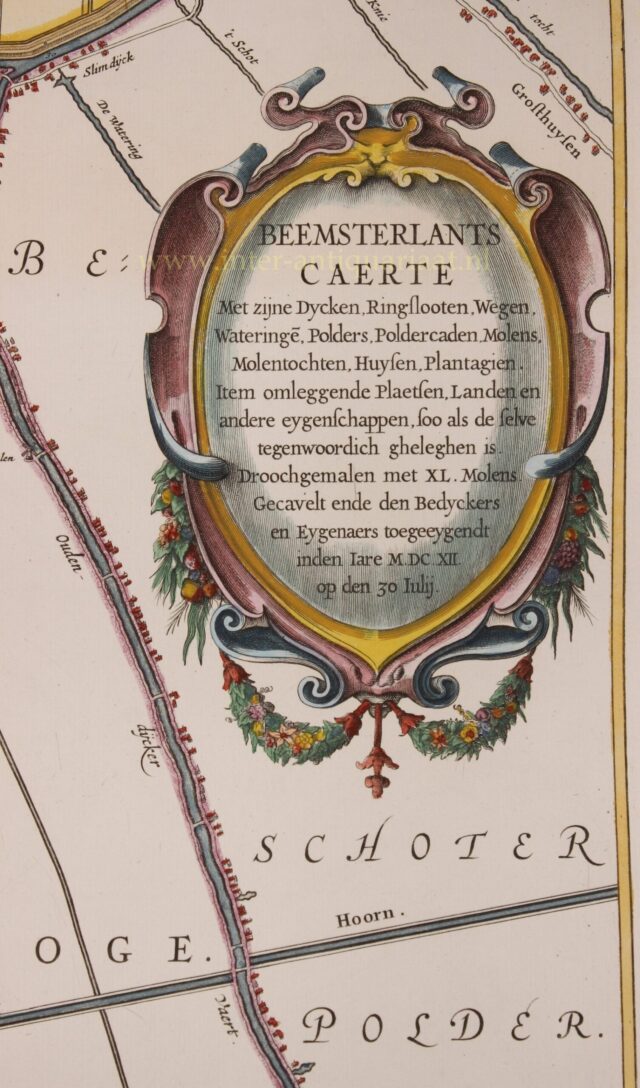 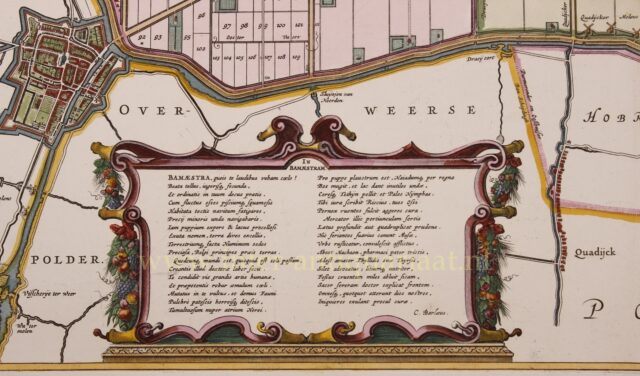 “Ware Afbeeldinge vande Bedyckte Beemster-Landen inden iare M.DC.XLIIII”. (True depiction of the Beemster land with dykes in the year 1644) Copper engraving on 6 sheets made by Daniel van Breen of Amsterdam in 1644 after the surveying work by Bathasar Florisz. van Berckenrode done in 1640. Coloured by a later hand and mounted on linen between sticks. Size: approx. 91 x 116 cm.

The Beemster in the 16th century, was an eight by nine kilometre inland sea north of Amsterdam. Its reclamation took place in the years 1607 to 1612, financed largely by Dutch East India Company merchants, and was one of the most ambitious of the early 17th-century drainage projects. Dykes were built and the water was pumped out by 40 windmills, creating a large polder.

When the polder was dry in 1612 the land was divided among the investors. In the earlier days of the polder, farmers grew crops for the long journeys made by the fleet of the Dutch East-India Company (VOC). It turned out that the farmland was very good and the reclamation was considered to be an economic success (in contrast to other land reclamation projects such as the Schemer and Heerhugowaard).

Since 1999 the entire Beemster polder has been on the UNESCO world heritage list.