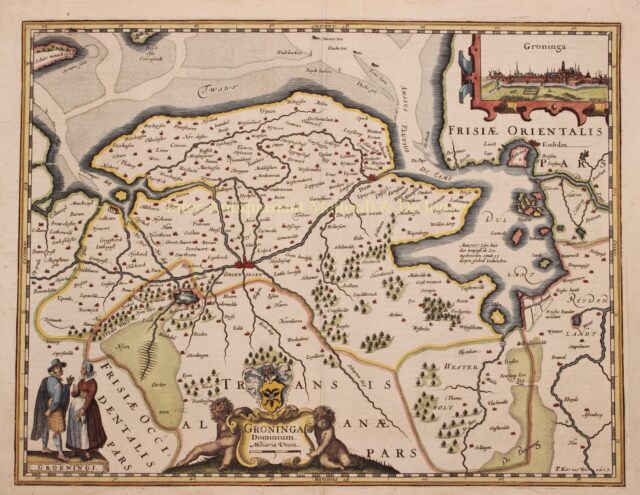 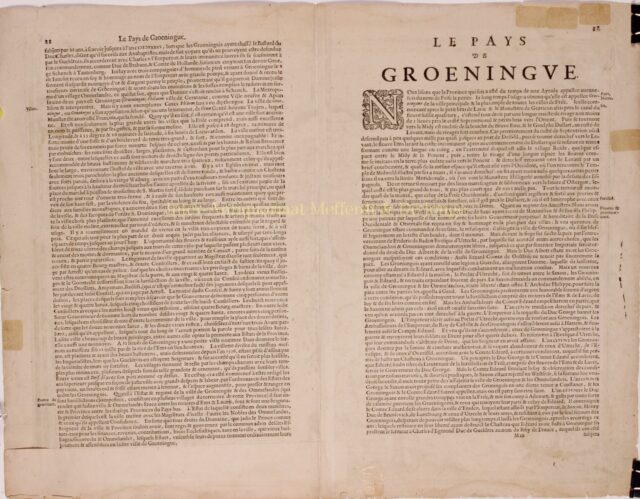 This fine early map of the Groningen region includes a view of the city of Groningen (copied from Lodovico Guicciardini) and two “Groningi” in their typical regional dress.

Kaerius’ atlas “Germania Inferior” was published in only three editions: two in Latin in 1617 and one in French in 1622. After the death of his wife in 1623, Kaerius ran into financial difficulties and had to sell his copper plates. The new owner was Claes Jansz. Visscher, who reused them and brought the maps on the market under his own name.