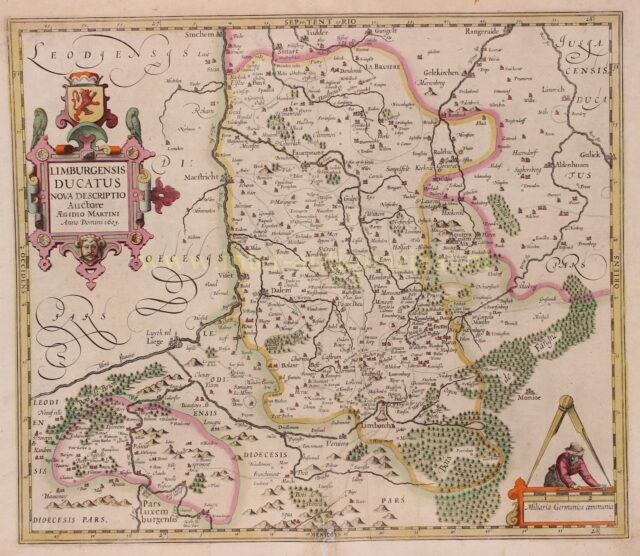 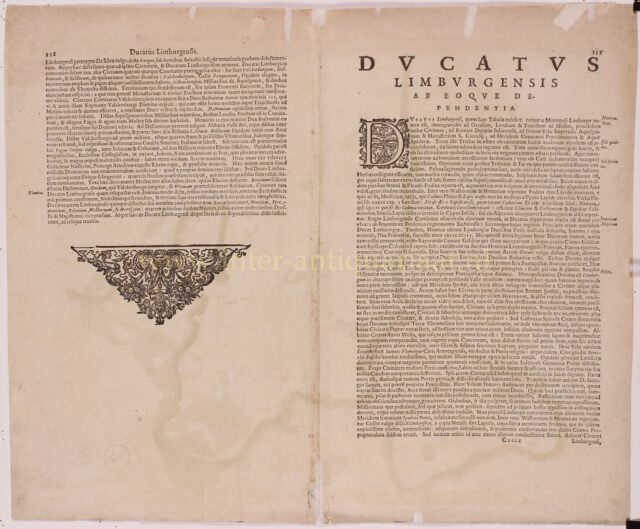 This map of the former duchy of Limburg in southern Netherlands and north-eastern Belgium was done by Aegidio Martini in 1603. Martini, a mathematician in Antwerp, was responsible for most of the maps of the Limburg region made at that time and was copied extensively. This is one of the few maps directly accredited to him as the cartographer.

Major cities shown on the map are Maastricht, Liege, and Aachen. The large title cartouche incorporates the coat of arms of the duchy and the distance scale includes a surveyor and a set of dividers.