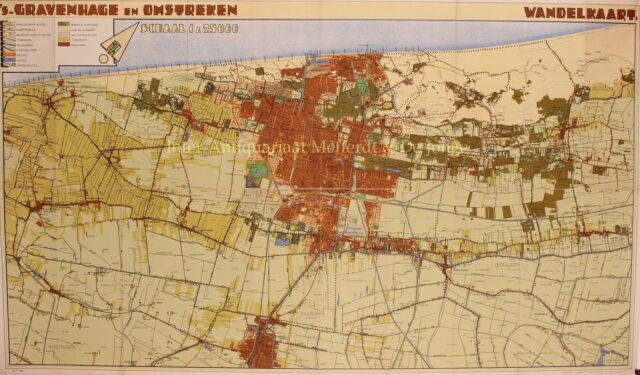 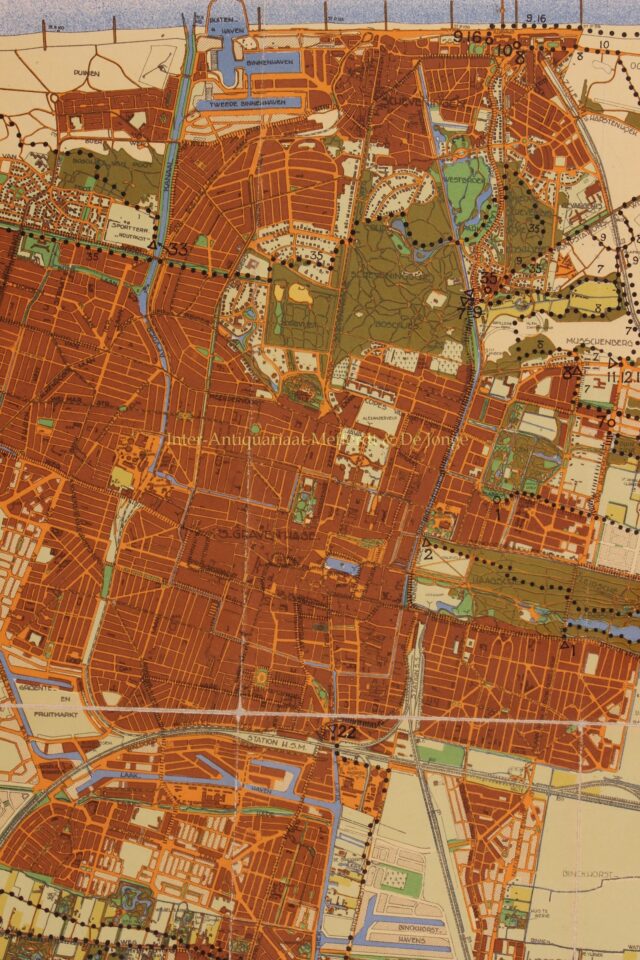 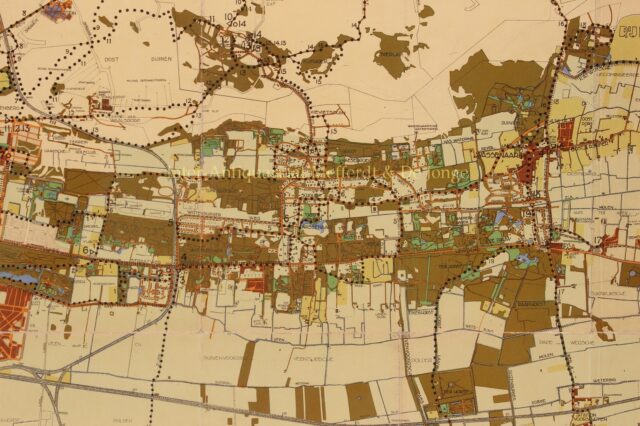 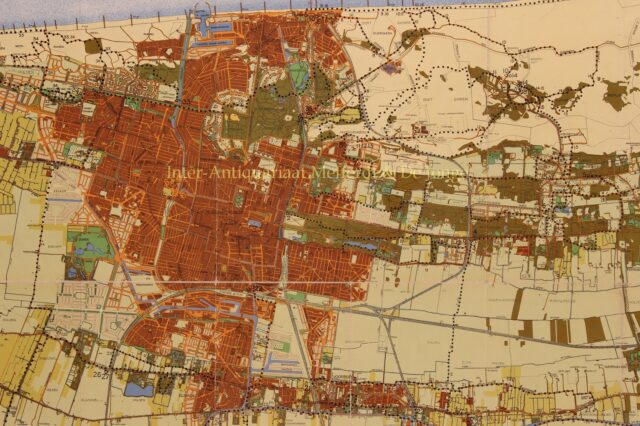 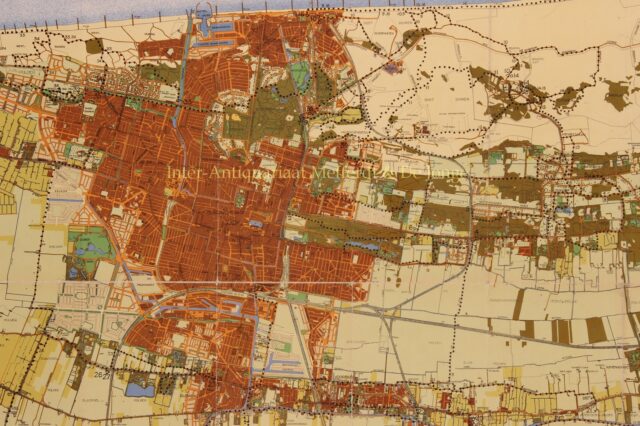 ART DECO STYLE MAP OF THE HAGUE AND ENVIRONS

“‘s-Gravenhage en Omstreken. Wandelkaart” [The Hague and environs, map for walking] of the Municipal Department of Urban Development and Housing, color lithograph published in 1932 by Mouton & Co. Size: 61 x 103,5 cm.

In the 1920s, people looked critically upon the design of urban expansion by ‘artist’ Hendrik Berlage, as it was said to be focused too much on beautiful forms. The The Hague Development and Housing Department in those days, then came up with its own design, and after 1928 constructed the Vruchtenbuurt between Mient and Laan van Meerdervoort. The new Vruchtenbuurt became a green district, mainly built for tradesmen and shop owners, and due to its enclosed squares and monumentally designed through routes, it had acquired a Berlage style character after all. Also a number of streets were built of the luxurious Meer en Bos neighborhood between the Bosjes van Pex and the Meer en Bos estate. Finally, further towards the sea, the Vogelwijk was built.

In the seventy five years before this map appeared, the urban area of ​​The Hague had increased tenfold and had practically merged with the villages of Scheveningen, Loosduinen, Rijswijk and Voorburg. Thanks to the improved transport options, the center of The Hague with its theatres, banks, luxury shops had also become the entertainment and shopping center of the Voorburgers and Rijswijkers. Moreover, the suburbs were increasingly populated by residents of The Hague, who had found a relatively cheap and quietly located home there, whereas they contunued working and shopping in the The Hague.