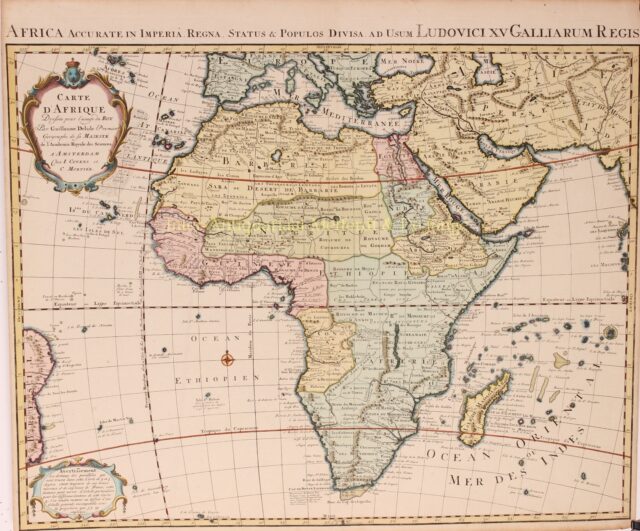 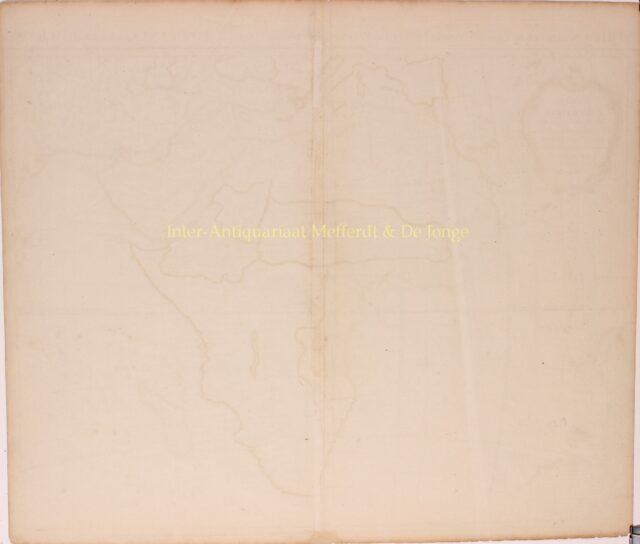 In this map Delisle shows Africa without the Ptolomaic-based Nile River imaginary source lakes. Delisle also gives the correct longitude for the Mediterranean Sea of 42o, thus correcting the width of the northern shape of Africa.

The interior has the main regions identified with capital letters for BARBARIE, EGYPTE, NUBIE, NIGRITIE, GUINÉE, ABISSINIE, ETHIOPIE and CAFFERIE. Dotted lines divide all of Africa into numerous sub regions labelled Royaumes, Etates, etc. Within the regions, considerable detail and additional placenames are shown particularly around those areas settled or explored by Europeans in West-Africa, Abyssinia, the Congo, Southeast Africa on the Zambesi River and South Africa. At Cape of Good Hope, the Dutch settlements at Drakenstein, Stellenbosch and Fort Hollandia are shown. Lake Marawi [Malawi] in Central Africa is identified for the first time on this Delisle map. It is also the first time Senegal and Niger Rivers are separated.

Guillaume De L´isle (1626- 1757) is often referred to as the father of modern geography. He was elected a member of the French Académie Royale des Sciences in 1702, and then was appointed Premier geographe du Roi in 1718. His new office consisted of teaching geography to the Dauphin, King Louis XIV’s son, hence the dedication in the title.