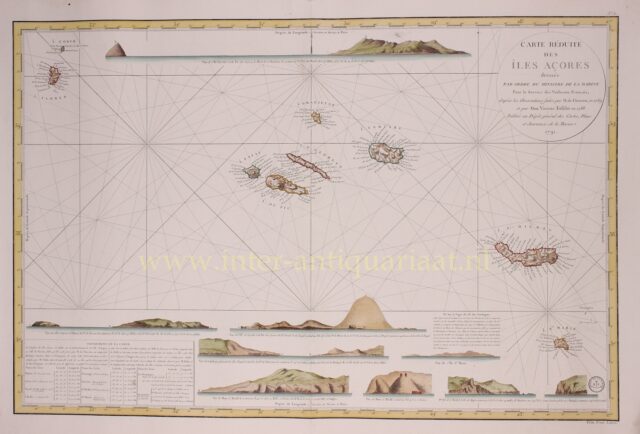 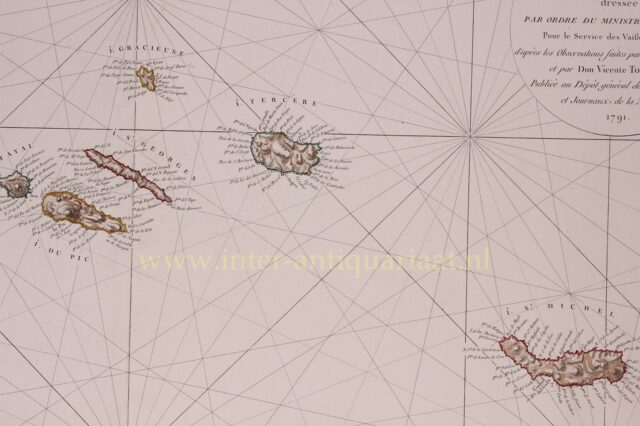 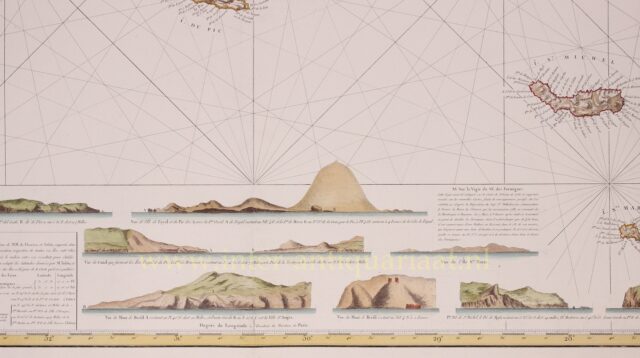 This large separately-issued chart of the Azores is the first to employ modern nautical surveys using marine chronometers. The topography of the islands is depicted with fine hachure, and good anchorages of each of the islands are marked. This chart combines the data of the French hydrographer Charles Pierre Claret comte de Fleurieu, with that of the Spanish hydrographer Vincente Tofiño de San Miguel, whose respective surveys represented the first scientific charting of the Azores.

The main source for the chart’s topography and place names is Tofiño de San Miguel’s map of 1788, whose detail appears for the most part to be identical to our chart. The most significant visual difference between the Tofiño and the Depot are the latter chart’s nine beautifully engraved coastal views.

Claret de Fleurieu’s contributions to the map are dated 1769, during which period he was in command of the frigate Isis, engaged in testing the new, secret, marine chronometers produced by Ferdinand Berthoud in an effort to determine longitude at sea. The chronometers were employed throughout the voyage, which set out from Rochefort in 1768 and made for the Saint Domingue by way of the Azores. The measurements taken of the Azores during this period represented the first, scientific, charting of those islands using modern instrumentation (and proved the efficacy of the French marine chronometers in navigating the transatlantic crossing).