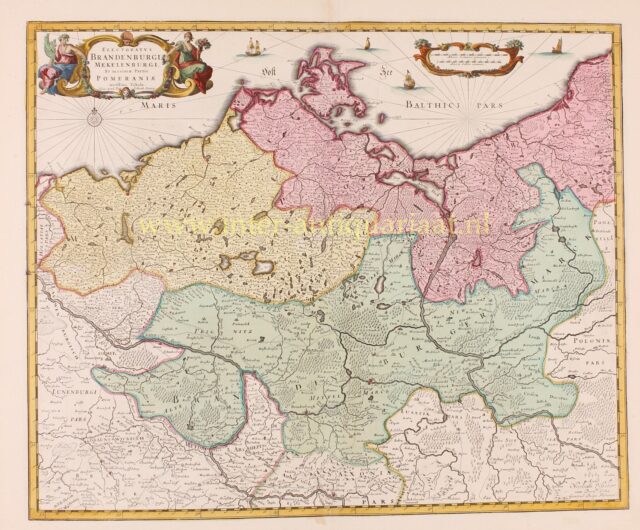 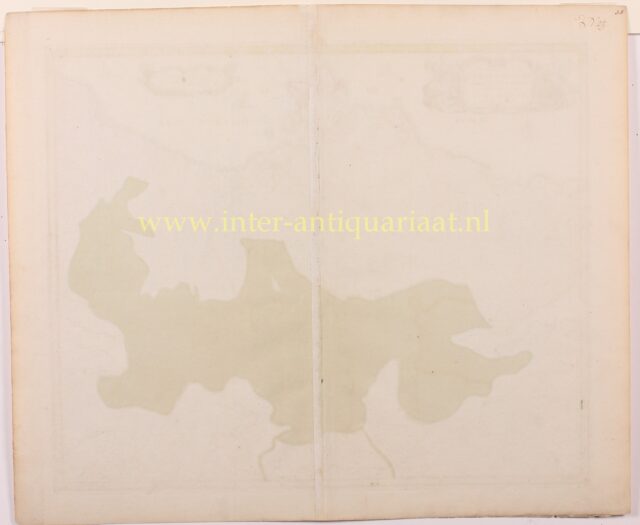 A nicely detailed map of the Electorate of Brandenburg (Kurbrandenburg or Kurfürstentum Brandenburg), Mecklenburg and part of Pomerania, showing the area from the coastline of the Baltic Sea, south to Wittenberg, and from Lübeck in the west, to Kalis in the east. Many place names, roads, lakes and cities such as Berlin and Brandenburg are located.

The map has an elegant title cartouche featuring two female figures gracing the upper left corner. The right is balanced out by a simple cartouche containing the scale of the map in German and French miles. The Baltic Sea is beautifully adorned with a compass rose and rhumb lines.

Over the centuries Brandenburg was under control of several houses, duchies, and unions – predominantly belonging to the House of Hohenzollern. Once Brandenburg converted to Protestantism in the mid 16th century and Berlin was established as the economic capital, the city began to do quite well for itself. However, through the greed and expansion of the ruling House, Brandenburg entered a county union known as Brandenburg-Prussia and was in poor shape to defend itself during the Thirty Years’ War of the 17th century. Beginning near the end of that devastating conflict, however, Brandenburg enjoyed a string of talented rulers (the first being  Frederick William, known as “der Große Kurfürst”) who expanded their territory and power in Europe.