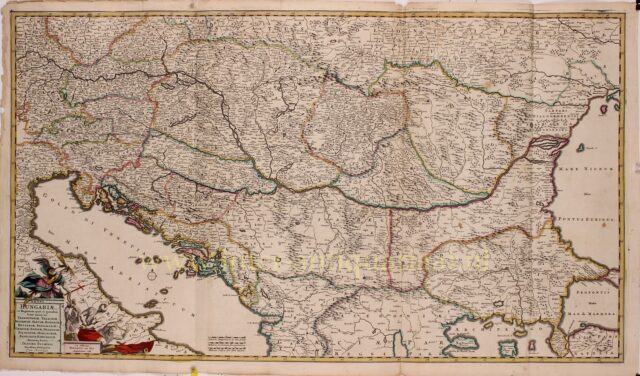 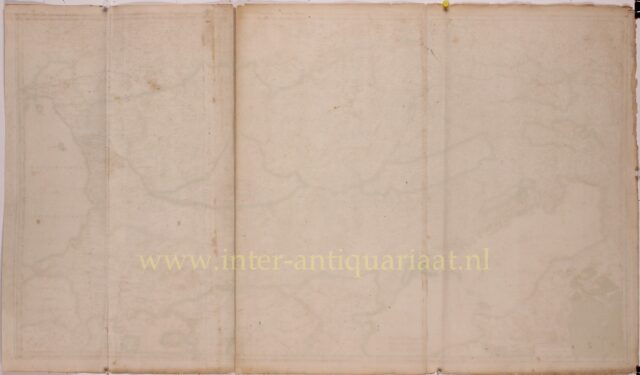 This large decorative map of the Balkans covers the area from the Adriatic to the Black Sea and from Poland to Macedonia, it focuses on the multiethnic, multilingual, and multinational Hungarian Empire. It includes the modern day nations of Hungary, Romania, Croatia, Bosnia and Herzegovina, Slovenia, Serbia, Moldova, Bulgaria, Kosovo, and parts of Montenegro, Macedonia, Ukraine, and Turkey. Hungary at this time stood divided between Austrian Habsburg influence from the west and Ottoman influence from the east.

There is a title cartouche in the lower left with an angel holding a Christian cross and throwing his lightning down towards three chained moors. It is an allegorical depiction of the Great Turkish War that was going on, between the Ottoman Empire and the Holy League consisting of the Holy Roman Empire, Poland-Lithuania, Venice, Russia, and Habsburg Hungary. Intensive fighting began in 1683 and ended with the signing of the Treaty of Karlowitz in 1699. The war was a defeat for the Ottoman Empire, which for the first time lost large amounts of territory, in Hungary and the Polish–Lithuanian Commonwealth, as well as part of the western Balkans.