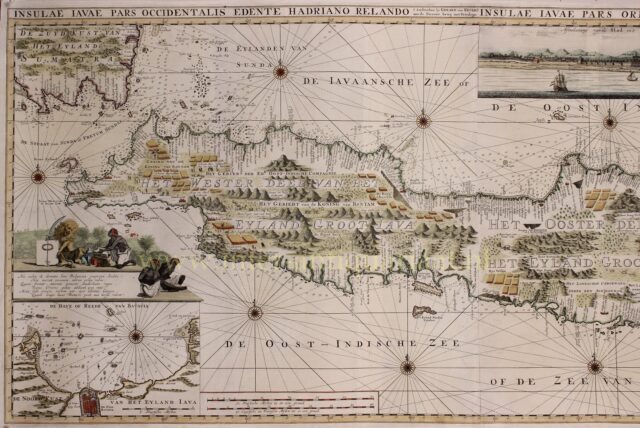 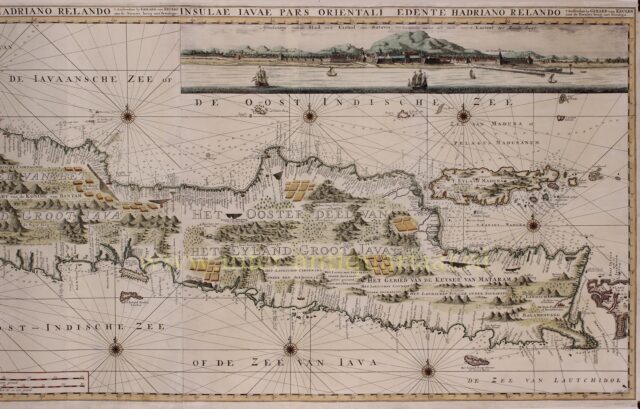 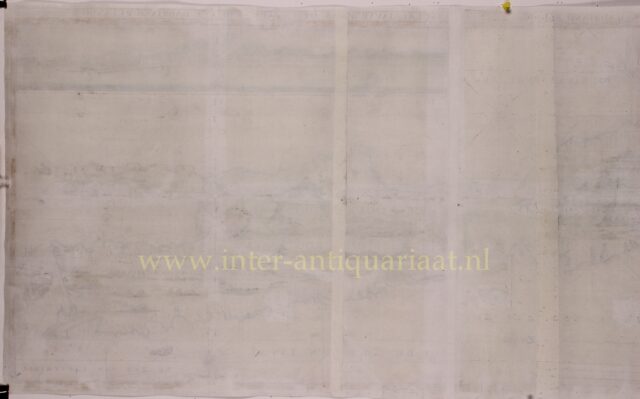 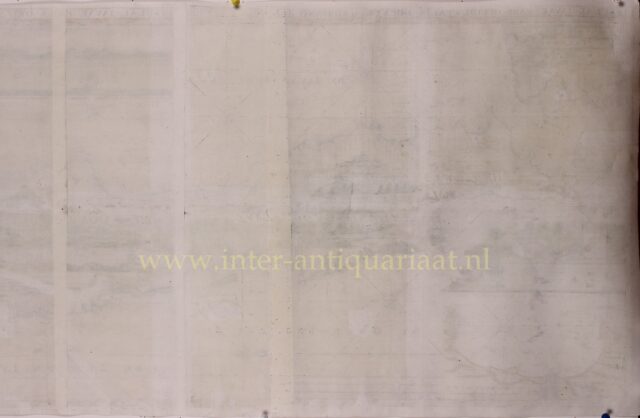 “Insulae Iavae pars Ocidentalis Edente Hadriano Relando en Insulae Iavae pars Orientalis Edente Hadriano Relando” [The eastern and western part of Java made by Adriaan Reland] Sea chart of the iland of Java, with an inset map of the harbour of Batavia and a view of Batavia. Published around 1734 in Amsterdam by Gerard van Keulen. Engraving printed from 2 copper plates. Coloured by a later hand. Size: 51 x 114 cm.

The Dutch East India Company (VOC), founded in 1602, acquired the monopoly on shipping to the Indies via the Cape of Good Hope and the Strait of Magellan. The VOC obtained the right to maintain its own army and navy and to administer justice, in short to behave as a sovereign nation of its outside the Dutch Republic. Batavia became the largest depot for colonial goods, where the ship’s holds for the annual return fleet were packed. Ships set out from Batavia on voyages of discovery, including to the coasts of Australia and New Zealand. The cartographic material that these trips provided was collected by the mapmaker of the VOC in Batavia. The manuscript map must also have been drawn there, which served as the model for this map of Java printed by Gerard van Keulen.