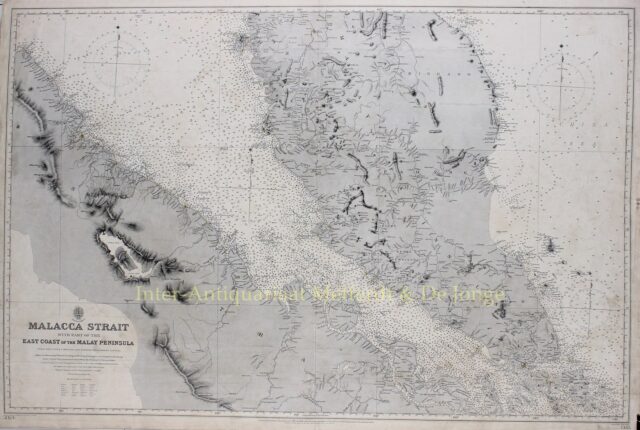 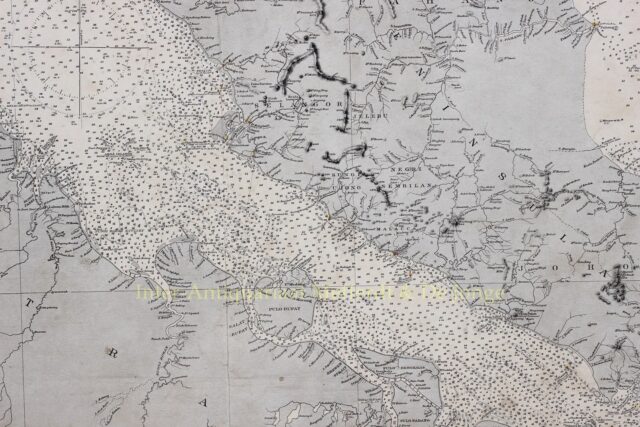 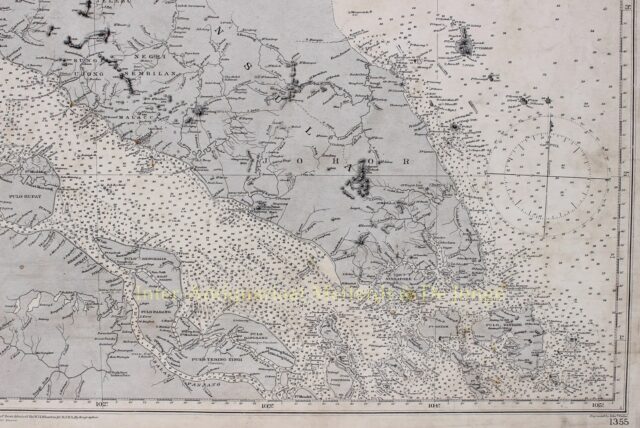 RARE 19TH CENTURY MAP OF THE MALACCA STRAIT WITH SINGAPORE

“Malacca Strait with Part of the East Coast of the Malay Peninsula”, engraving published in London by the British Admiralty in 30 June 1898 under the superintendence of Rear Admiral Sir W.J.L. Wharton. Size: 65,5 x 98 cm.

In 1795 King George III created the United Kingdom Hydrographic Office, to provide top notch nautical charts to the vast Royal Navy. Prior to the founding of the Admiralty the surveying and creation of nautical charts was primarily a commercial venture in which the cartographer himself, more often than not, actually financed the printing of his own material. The great navigator James Cook himself is known to have scrambled for funds to publish his own seminal charts – the most important and advanced of the period. The system of privately funded nautical mapping and publishing left vast portions of the world uncharted and many excellent charts unpublished. King George III, responding to significant loss in trade revenue related to shipwrecks and delay due to poor charts, recognised the need for an institutionalised government sponsored cartographic agency – the Admiralty.

On this large and rare 19th century nautical chart or maritime map we see Peninsula Malaya, Singapore and its neighbouring islands and parts of Sumatra surrounded by the South China Sea and Malacca Strait.

In the second half of the 19th century, Singapore was part of the Straits Settlements, a group of British territories in Southeast Asia controlled by the British East India Company and later served as a crown colony. In the 1890s Singapore became a global centre for rubber sorting and export.