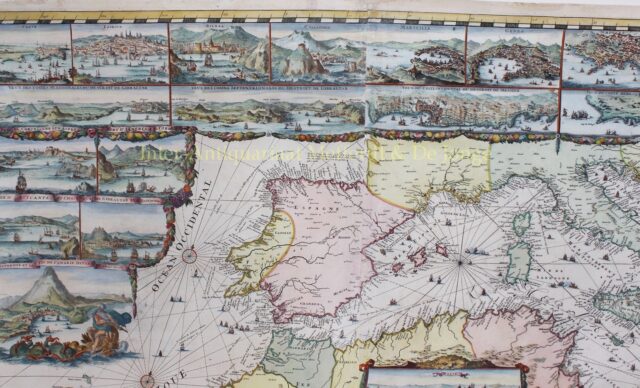 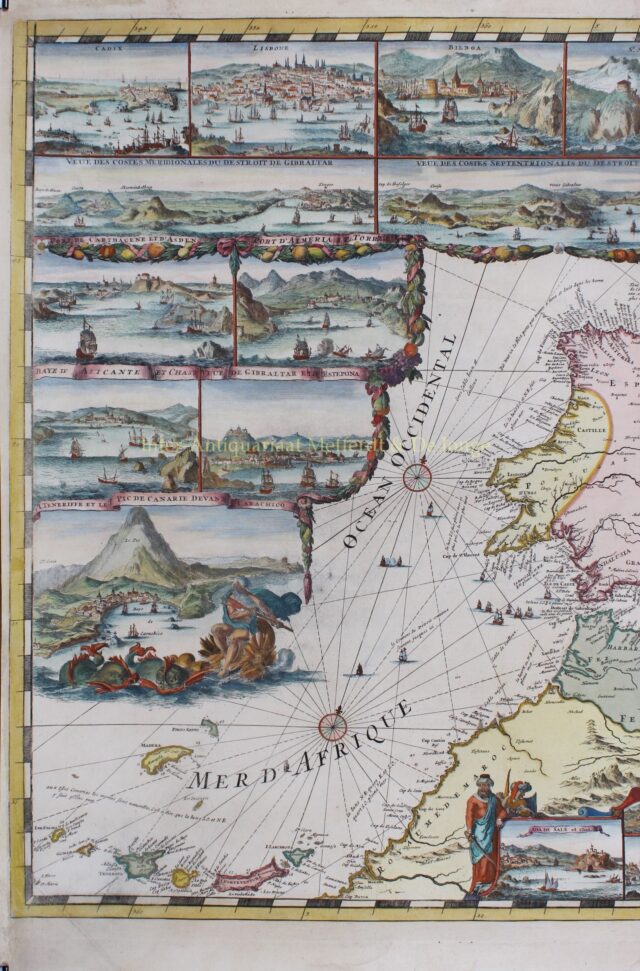 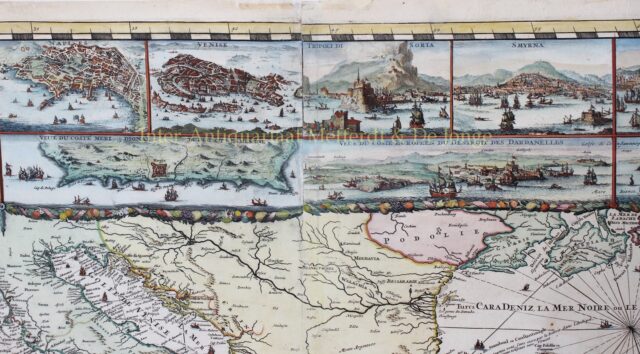 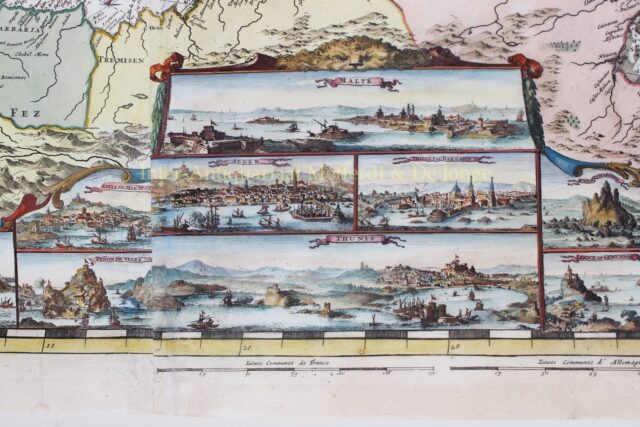 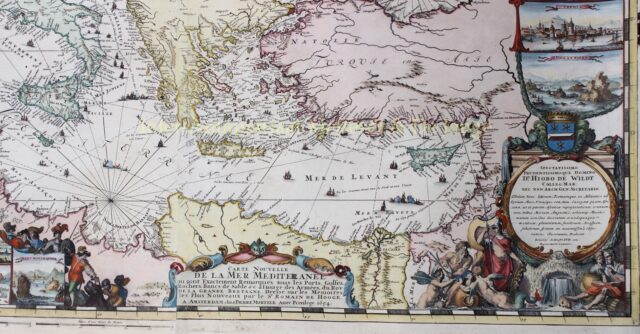 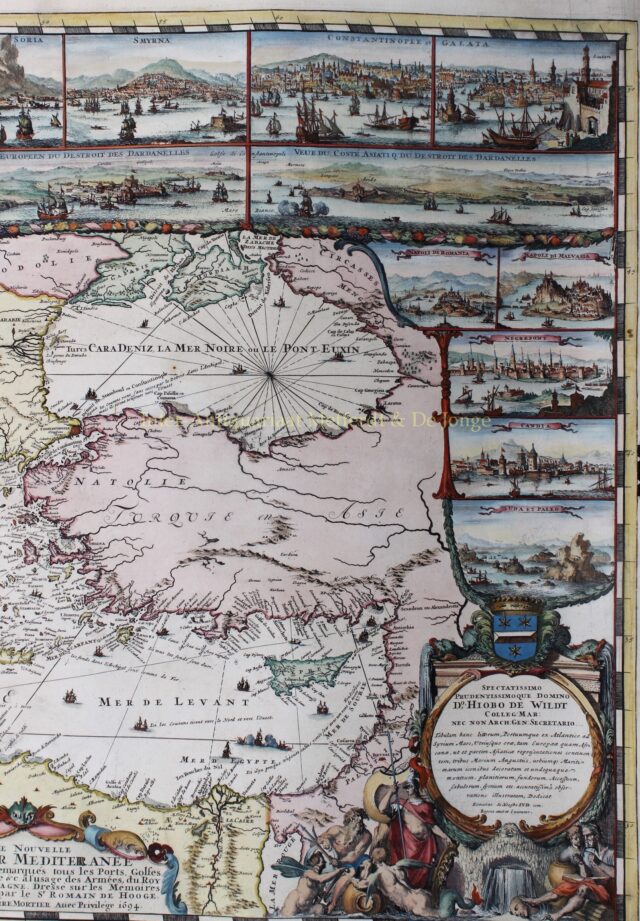 THE MOST BEAUTIFUL MAP OF THE MEDITERRANEAN

Rare early edition of de Hooghe’s monumental chart of the Mediterranean Sea with 38 inset maps and views of the major ports and harbours. It includes numerous galleons and galleys, with allegorical figures and sea monsters embellishing the insets. The chart appeared in a special section of Pieter Mortier’s Neptune François, separately titled Cartes Marines a l’Usage des Armées du Roy de la Grande Bretagne. The nine charts in this section, all engraved by De Hooghe himself, are described by Koeman as the “most spectacular type of maritime cartography ever produced in seventeenth century Amsterdam”. The chart of the Mediterranean is the largest and most intricately decorated of the nine.

The atlas is dedicated to William III (stadholder of the Netherlands and, after the Glorious Revolution of 1688, also king on the British throne). The map of the Mediterranean mentions a certain Hiob de Wildt and shows his family’s coat of arms . Dr. Hiob de Wildt (1637-1704) was the first secretary of the Admiralty in Amsterdam, the largest and most powerful of the five Dutch admiralties at the time of the Dutch Republic. The Admiralty was entrusted with equipping the Republic’s naval fleet. At the same time De Wildt raised cattle and earned a fortune by supplying the many ships that sailed from Amsterdam with meat. A fine Dutch example of conflicts of interest. Dr. De Wildt lived in a lavish canal house at Herengracht 495 in Amsterdam.

Romeijn de Hooghe (1645-1708) from Haarlem, was the most significant and prolific Netherlandish engraver in the second half of the seventeenth century. His oeuvre comprises more than 3500 prints. He kept a studio employing 36 assistants. De Hooghe’s work is highly coveted by map and print collectors.

The unprecedented size of the atlas and the use of artists such as De Hooghe, made this work one of the most beautiful of the period. Again Koeman calls it the “most expensive sea atlas” of the period, “intended more as a show-piece than something to be used by the pilots at sea”.