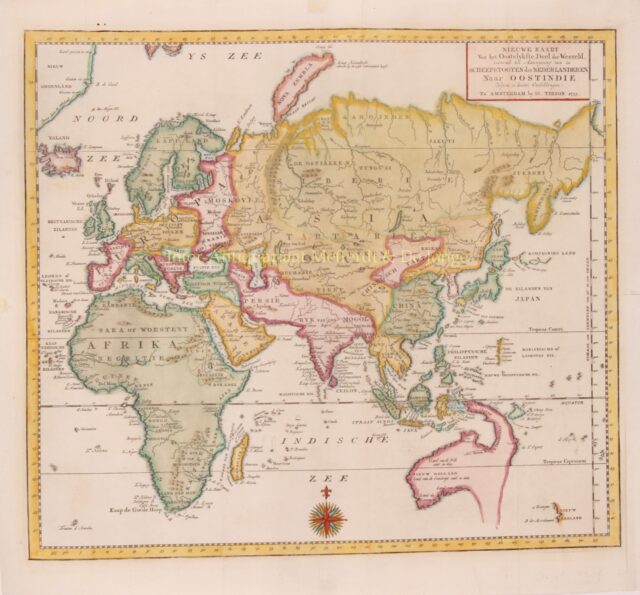 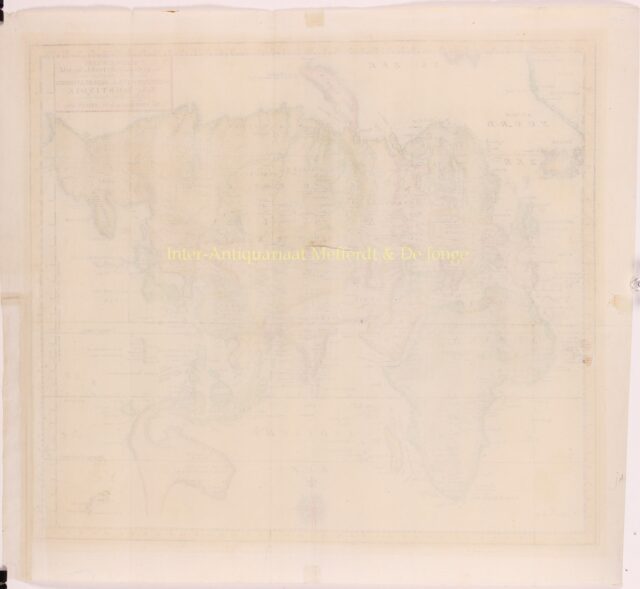 This finely engraved map of the Eastern Hemisphere provides an excellent view of the still evolving cartography of the Far East. The depiction of East Asia includes an extended landmass beyond the Kamchatka Peninsula, as well as the outdated ideas of Kompagnies Land and Land Jeso.

The islands of the Philippines and Indonesia are not well shaped, and Australia is a very odd shape that incorporates New Guinea, this in spite of the fact that Abel Tasman had discovered that the two were separated more than a century earlier. Ironically, a large river flowing from the deep interior of the continent into the Gulf of Carpenteria is named “Abel Tasman’s R.”

Also discovered and named by Tasman, Van Diemen’s land (present-day Tasmania) is also notably absent and the entire south-eastern mass of the continent is approximated in dotted lines stretching to the extreme south. As was conventional of the era, present day Western Australia is labelled New Holland, and the landfalls of principal eighteenth-century Dutch voyagers are noted.