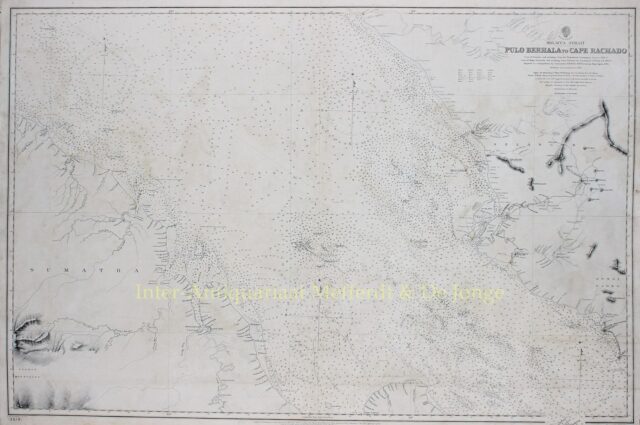 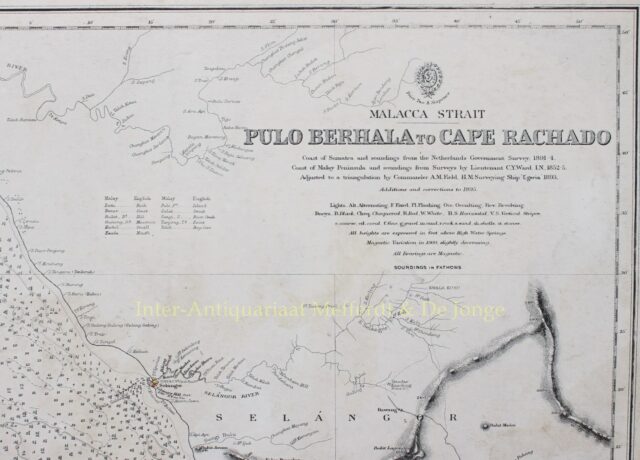 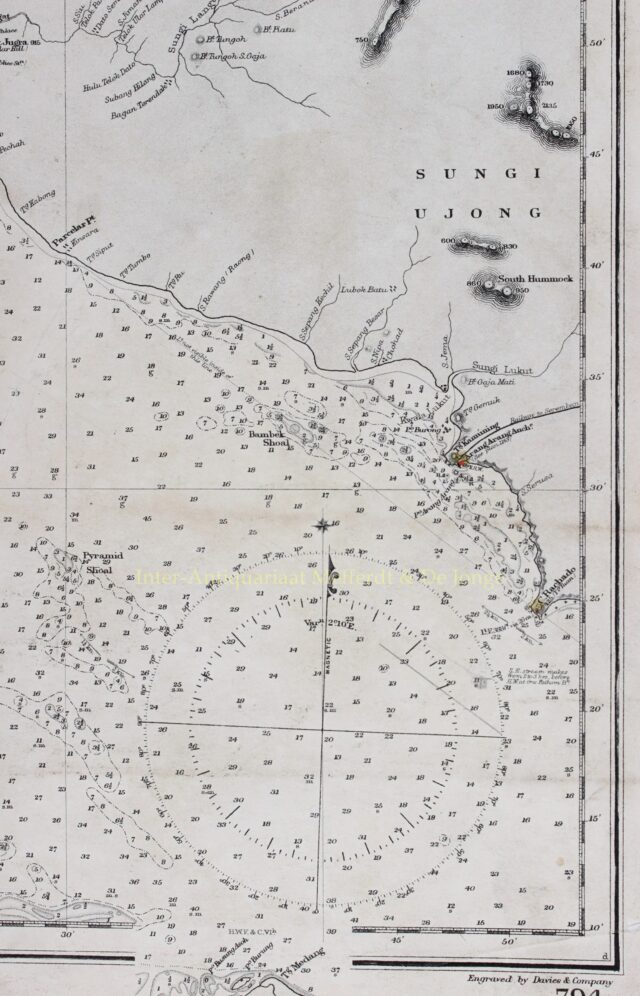 On this rare and large 19th century nautical chart or maritime map we see the Malay Peninsula with Kuala Lumpur, its neighbouring islands and parts of Sumatra surrounded by the South China Sea and Malacca Strait.

Early Kuala Lumpur was a small town that suffered from many social and political problems – the buildings were made of wood and atap (palm frond thatching) that were prone to fire, lack of proper sanitation plagued the town with diseases, and it suffered from a constant threat of flooding. The early Chinese and Malay settlements were along the east bank of the Klang River – the Chinese mainly settled around the commercial centre of Market Square; the Malays, later Indian Chettiars and Indian Muslims resided in the Java Street (now Jalan Tun Perak) area. In 1880, the state capital of Selangor was moved from Klang to the more strategically advantageous Kuala Lumpur by the colonial administration, and the British Resident William Bloomfield Douglas then decided that the government buildings and living quarters should be located to the west of the river.