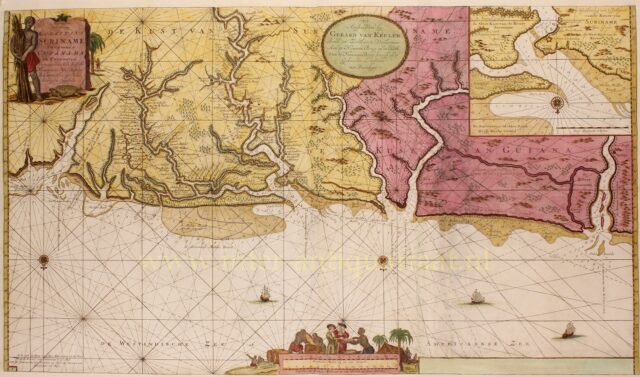 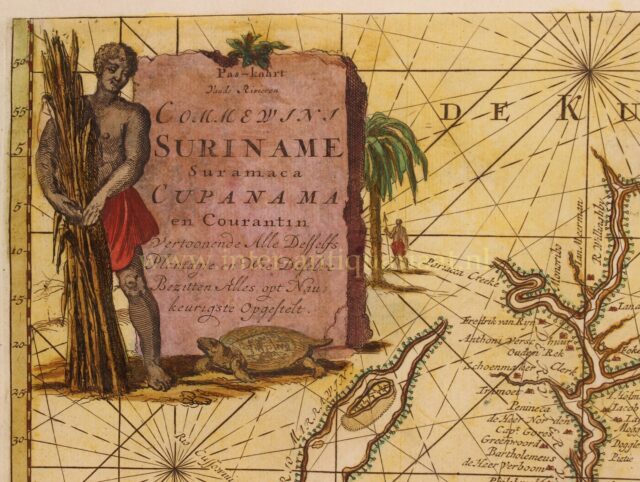 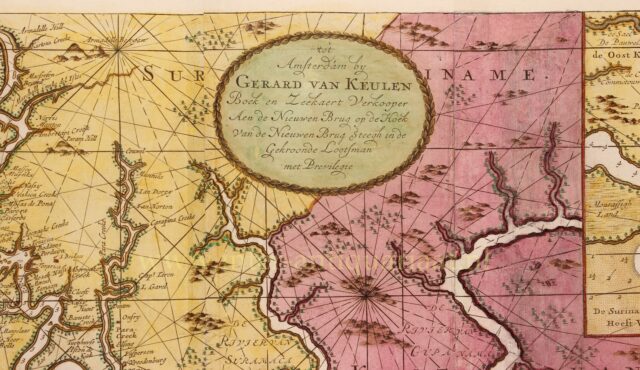 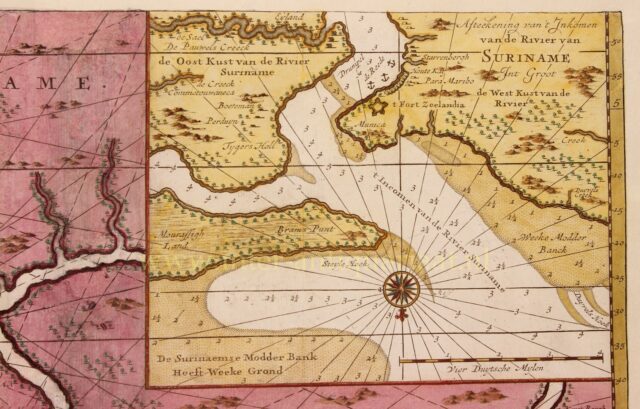 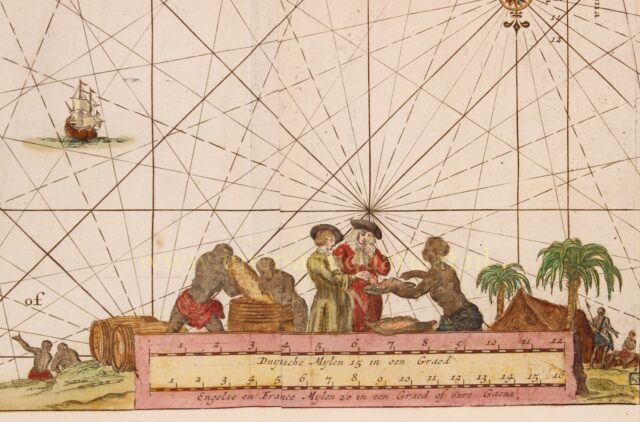 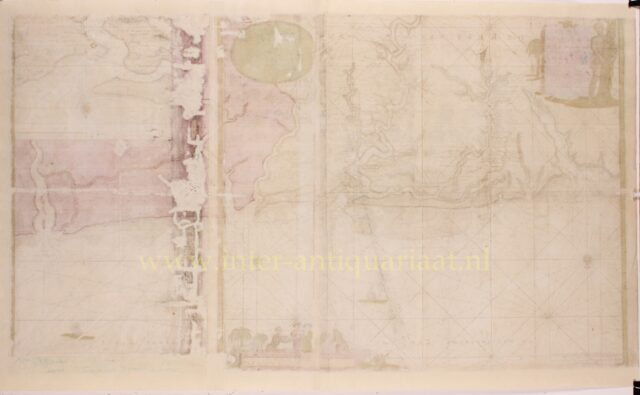 Rare nautical chart of the rivers, coasts and sandbanks of Suriname, on a scale of approximately 1: 500,000. With an inset map of the enlarged mouth of the Suriname River around Fort Zeelandia near Paramaribo.

This copper engraving gives a topographical representation of various Surinamese rivers. Also the name “Kust van Guiana” [Guiana cost] is mentioned. The rivers partly have a different course than they do today because of alluvial deposits. The Courantyne, Coppename, Saramacca, Commewijne and Marowijne can be distinguished.

Although the title suggests that all former plantations are indicated on the map, this is not the case. The actual number is not exactly known but was considerably higher. The 34 plantations listed on the map are indicated by the names of their owners. These are the names of planters who stayed in Suriname in the period 1671-1675. Better maps, with more accurate information, appear in 1737 by Alexandre de Lavaux.

Publisher Gerard van Keulen is mentioned in a medallion in the top center of the map. This son of Joannes van Keulen I took over the business from his father in 1704 and in turn became a member of the booksellers’ guild. Gerard van Keulen (1678-1726), was a skilled engraver and provided the scientific backbone of the company. After he had made a name for himself with his excellent nautical charts, he was appointed hydrographer of the Dutch East India Company (VOC) in 1714. With Gerard van Keulen, Dutch maritime cartography reached an unprecedented level.