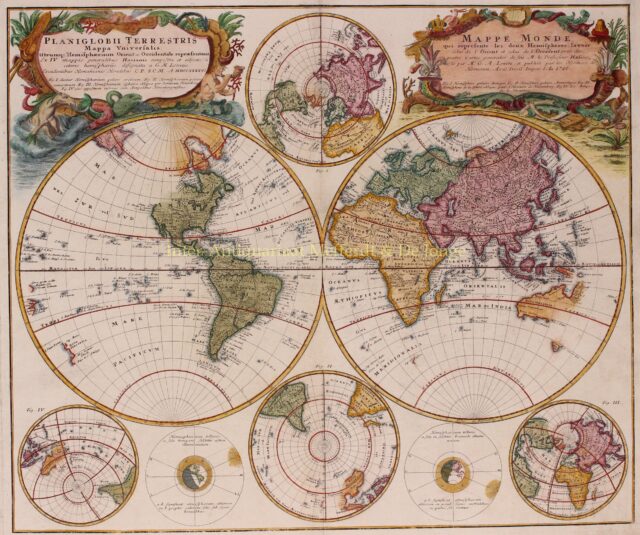 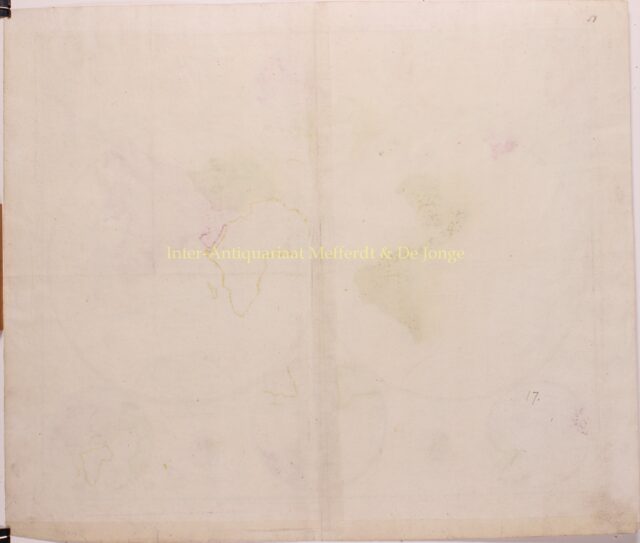 Double hemisphere map of the world, with four globes tangential to the hemispheres show earth from various angles in addition to the expected polar views. Two diagrams explain the effect of the Sun on different parts of the world. North America is still blank above California and Hudson Bay is open-ended in the north-west corner. This map blends the science, cartography and art of the day in a most interesting and attractive way.

The map was compiled by Johannes Hasius, professor of mathematics at the university of Wittenberg and included the geographical-astronomical observations of Georg Moritz Lowitz. It includes incomplete Australia and New Zealand, a fanciful Northwestern coast of America based upon the early Russian explorations, and mythical images of the Poles.