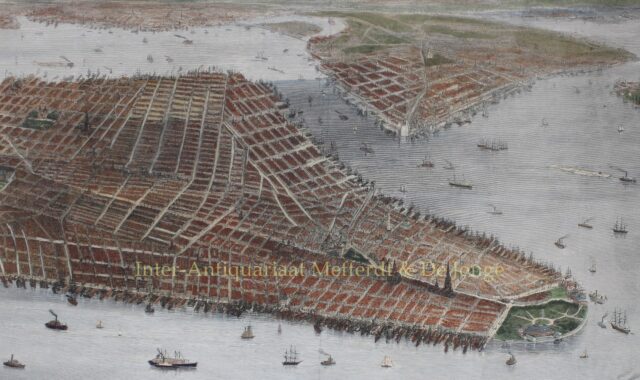 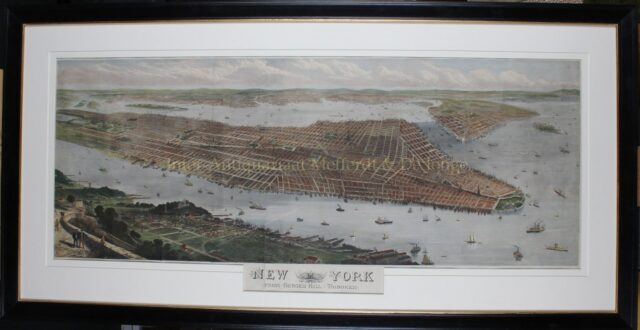 Large and detailed view of New York City issued in the year of America’s centennial. This is a fabulous and commanding view of much of Manhattan Island from the perspective Bergen Hill in Hoboken, NJ. The engraving shows Central Park, the early stages of urban expansion on the Upper East Side and Upper West Side and an early snapshot of the construction of the Brooklyn Bridge, where the two towers on either side of the River have been completed, but there is no progress shown yet connecting the towers across the East River.

New York is depicted as a busy port city, with a variety of boats active in the Hudson and East Rivers. Brooklyn, Queens and Northern New Jersey are also shown.

Woodblock engraving was the medium for newspaper illustration until photography superseded it. The woodblocks were carved, and had the disadvantage of having a limited life before they were worn beyond use. This resulted in a limited number of copies of the illustrations. It was not technically feasible for the blocks to be larger than 3″ without splitting in the press, so larger illustrations were printed by a series of contiguous woodblocks, which is the case with this engraving.