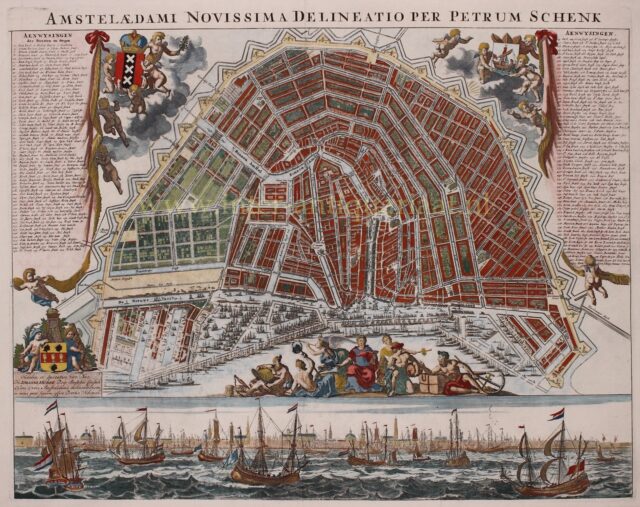 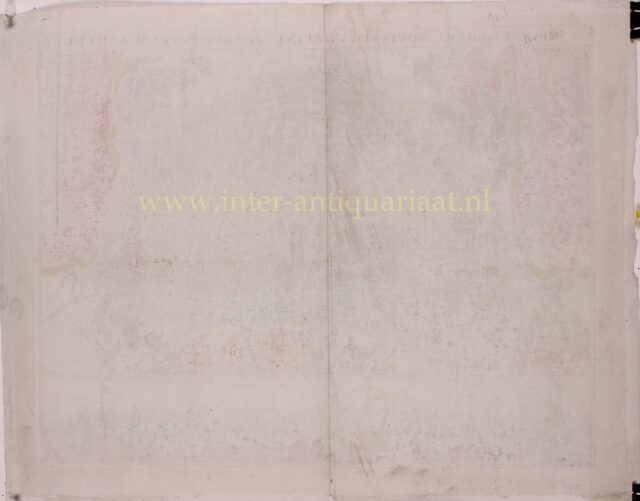 We see the city at the height of its power. Ships come and go, dozens are moored in the harbour. Where merchants and people from all religions brought knowledge from around the world. In the world’s first stock exchange goods from everywehere were traded.

Putti were drawn around the plan itself. They hold the curtains of the index and bear the city coat of arms (left) and the city seal (right). In the middle below the map we see the city’s maiden, flanked by, among others, Neptune god of the sea, the trade god Mercury and the river god of the IJ, they are watching over the citizens and their fortune. A horn of plenty is close by. Below the map there is a panoramic view of Amsterdam as seen from the IJ. Due to the large number of ships, we can hardly see the shore line. Churches dominate the skyline.

We also note that the islands of Marken and Uilenburg are fully built. At the time, those islands were mainly populated by Jewish refugees from Eastern Europe who sought refuge in Amsterdam.