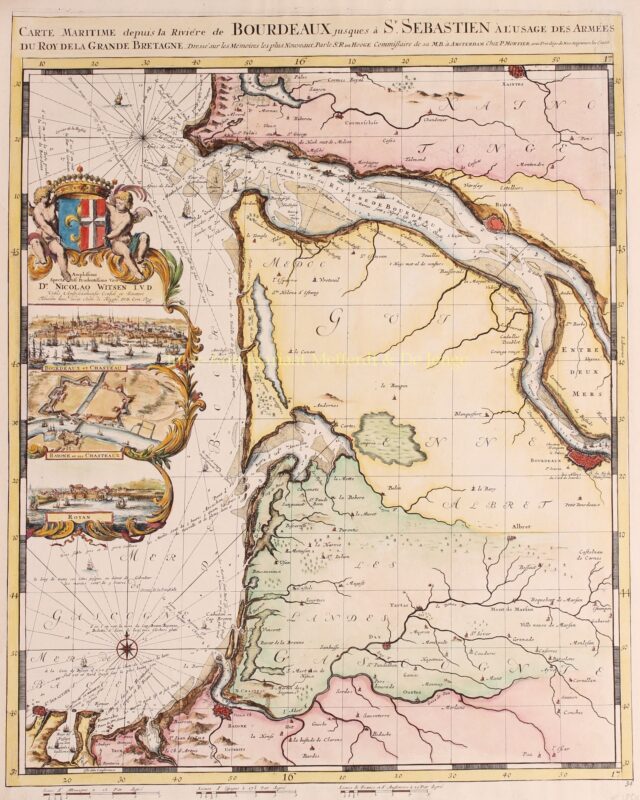 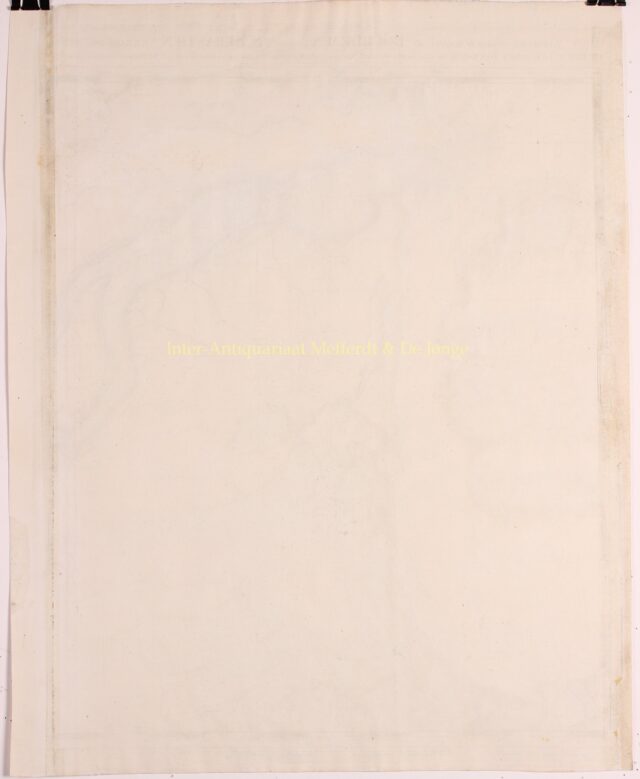 Elaborately etched and engraved chart of the French coast between the mouth of the Gironde and San Sebastian (SP) with inset views of Bordeaux, Bayonne and Royan.