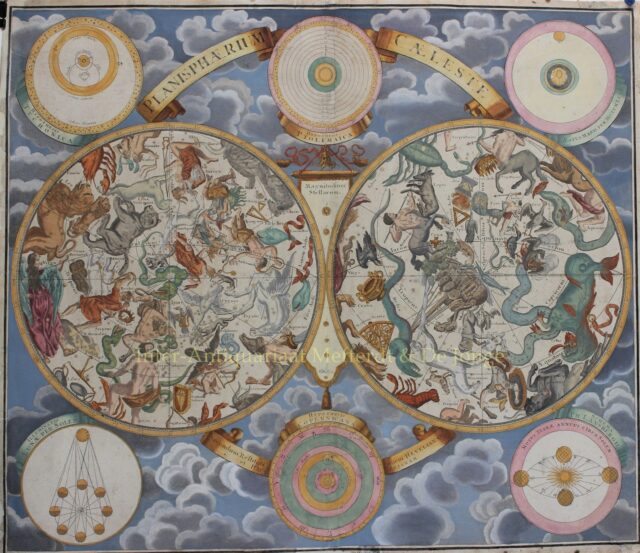 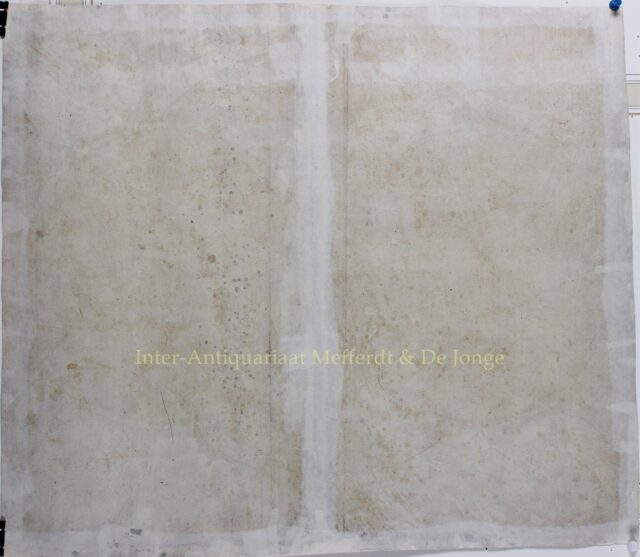 A double hemisphere celestial chart, showing constellations of the northern and southern hemispheres depicted as allegorical figures, animals and scientific instruments. The stars are shown in six degrees of magnitude according to a key in the center between the hemispheres. The selection and style of the constellations follow that of Firmamentum Sobiescianum sive Uranographia (1687) by the Polish astronomer Johannes Hevelius, whose name is noted in the subtitle of the chart. The subtitle indicates that the chart also draws on the work of Edmund Halley, the British astronomer for whom Halley’s Comet is named. The map’s design was based on the work of Georg Christoph Eimmart, a Nuremberg astronomer.

The outer borders are decorated with six inset diagrams against a background of clouds. The upper diagrams show planetary models by Tycho Brahe and Claudius Ptolemy, and a model that represents the tides through the movement of the moon. The lower border shows (from left to right) the illumination of the moon by the sun; a planetary model of Copernicus; and Van Lansberge‘s model of the motion of the earth around the sun.

The engraving was first published in Amsterdam by Pieter Schenk around 1720. Homann reused the copper plate to make this particular print about 20 years later.