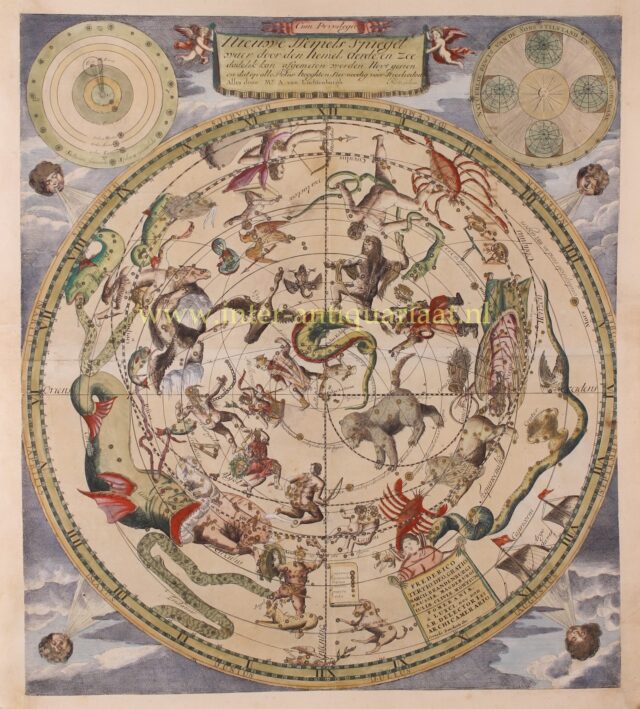 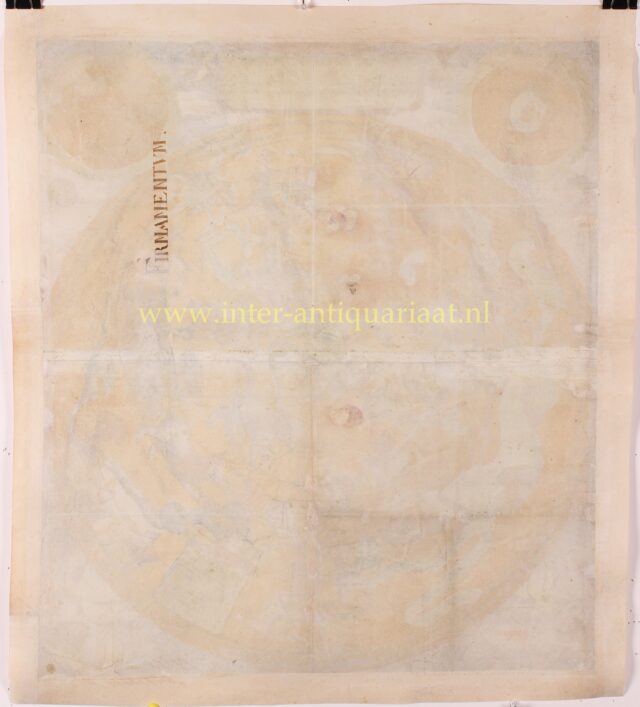 Celestial chart as seen from the Northern Hemisphere with the constellations centered around the North Star. The top left diagram shows the heliocentric system of Nicolaus Copernicus, with the sun in the center and the planets revolving around it. A 15th-century revolutionary astronomical model that rejected the view which placed the Earth at the center of the universe. The diagram at the top right represents Earth’s orbit around the Sun: “Natural Evidence of the Sun standing still and Earth advancing”.

The chart depicts constellations such as Andromeda, Cancer, Leo, Gemini, Virgo, Cetus (depicted as a kind of sea monster), Lepus (here a crossing between a seal and a deer), Canis Major, Taurus, Auriga, Triangulum, Pisces, Pegasus, Crater, Hydra, Hercules, Aquila, Capricorn, Aquarius, and Libra. Also the orbital times of Mercury, Jupiter, Venus, Earth, Saturn, and Mars are shown. Around star filled sky there is a ring with the hours of the day and months of the year. The four winds blow from the corners of the map.

At the bottom there is a dedication to the Frederick III of the Hohenzollern dynasty, Elector of Brandenburg (1688–1713) and Duke of Prussia, who would become king Frederick I of Prussia.