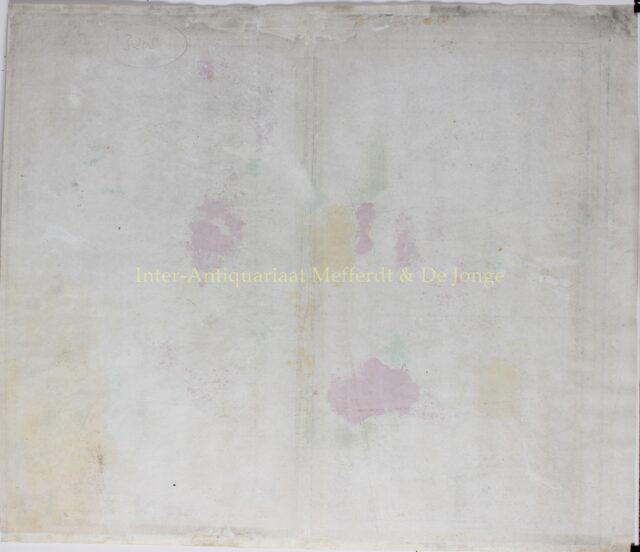 Decorative map of China. The Great Wall is shown and Korea has a more or less correct peninsular shape. Embellished with sailing ships and junks, a title cartouche flanked by Chinese and Jesuit men and a scale of miles surrounded by putti. This map was originally issued by Jan Jansson and later re-issued by Gerard Valk and Peter Schenk.