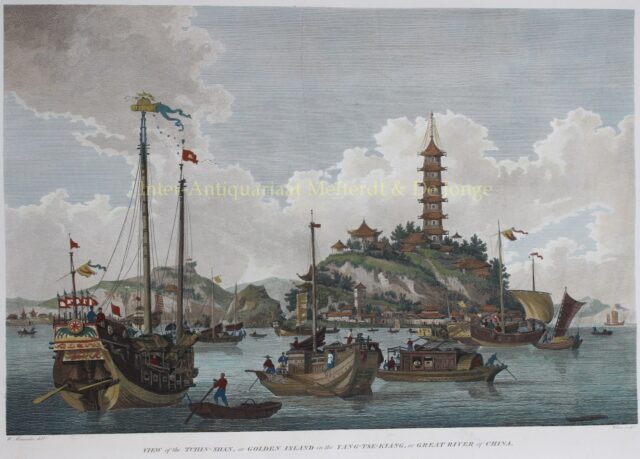 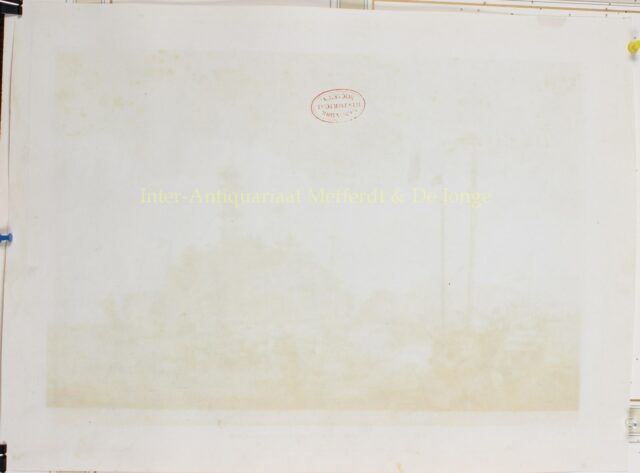 “View of the Tchin-Shan, or Golden Island in the Yang-Tse-Kiang, or Great River of China” Copper engraving by William Wilson after a drawing by William Alexander (1767-1816 ) from the “Authentic account of an embassy from the King of Great Britain to the Emperor of China; including cursory observations made, and information obtained, in travelling through that ancient empire” written by Sir George Leonard Staunton and published April 12, 1796 in London by G. Nicol. Coloured by a later hand. Size (image): 30,4 x 45,6 cm.

Staunton describes the scene on the Yangtze river as follows: “In crossing the river the attention was particularly at-tracted by an island situated in the middle of the river, called Chin-shan, or the golden mountain, which rose almost perpendicularly out of the river, and is interspersed with gardens and pleasure-houses. Art and nature seemed to have combined to give to this spot the appearance of enchantment. It belonged to the Emperor, who had built upon it a large and handsome palace, and on the highest eminence several temples and pagodas. The island also contained a large monastery of priests, by whom it is chiefly inhabited. A vast variety of vessels were moving on this large river. On the left hand side of the print is an accurate delineation of a Chinese ship of war.”