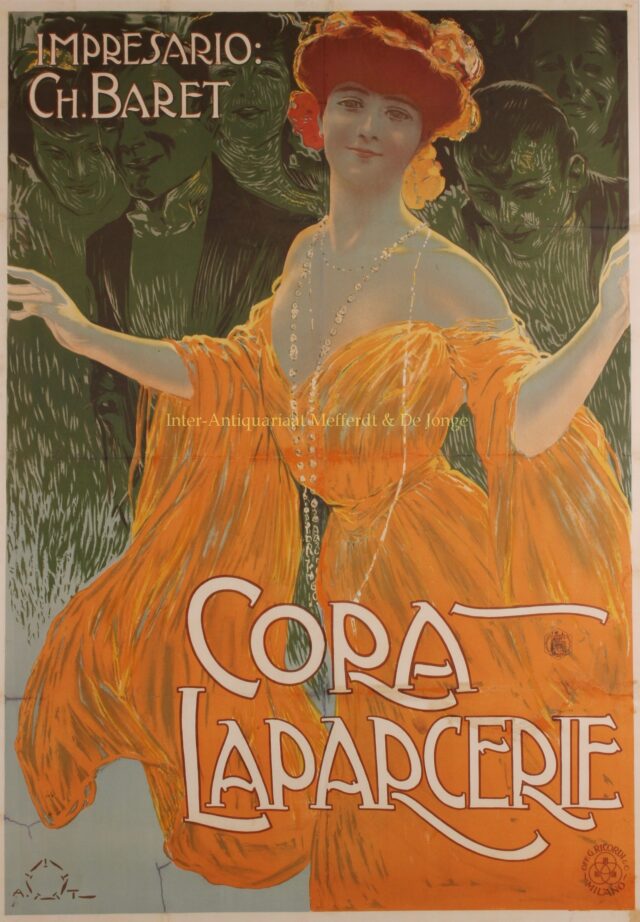 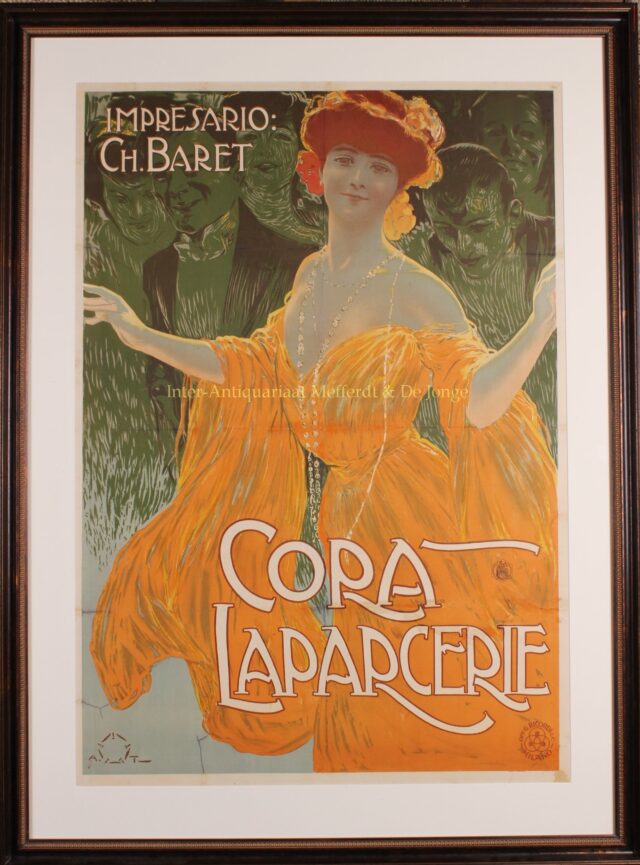 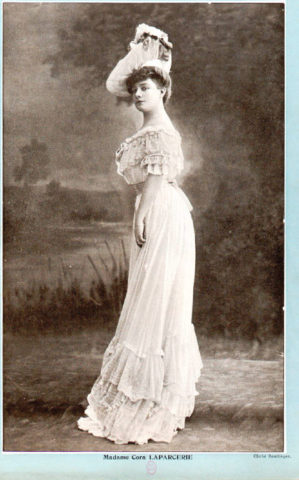 In the days before cinema, television or radio, the maisons des spectacles attracted attention, just like the theaters and cafés dansant. They acted as a meeting place for the wealthy and provided a stage for famous shows and notorious revues where big stars performed and “cocottes” captured the hearts of many men.

It was in such maisons des spectacles that Cora Laparcerie (1875-1951), an internationally renowned French star, performed as an actress, comedian and poet, with Charles Baret as conductor and impressario.

This poster, designed by Aleardo Terzi (1870-1943), was published by Offizio G. Ricordi & C. in Milan around 1900. Since the 1870s, Ricordi had been involved in the production of lithographs to promote operas and sheet music. Ricordi became the most prominent Italian lithographer and with artists such as Adolfo Hohenstein and Aleardo Terzi the they brought Italian Art Nouveau (“Stile Liberty“) to a world class level.

Only a very limited number of Italian posters have survived. The Italians collected lithographs less than the French and many posters were destroyed by the fascist regime as expressions of bourgeois. Tragically, the Ricordi publishing house also destroyed its archives to create storage space in the late 1960s and kept only one copy of most posters for its collection.