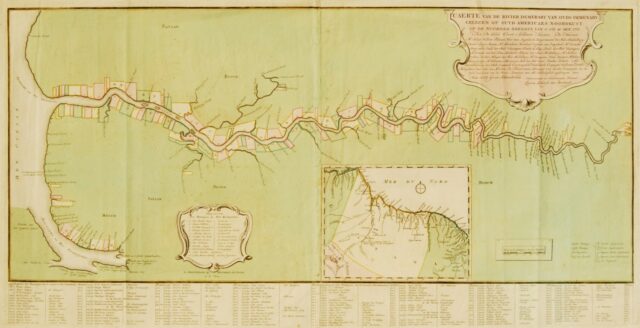 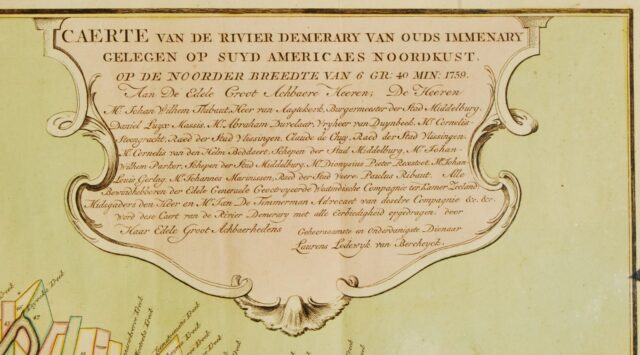 Rare (!) map of the Dutch colonies along the Demerara- and Essequibo-rivers in Guyana, with plantations and mills. With an inset map of the coast of Guyana. Below a register of plantation owners; below right a legend indicating sugar mills, coffee plantations, sawmills, (horse- and water-powered) sugarmills. Van Bercheyck dedicated his map to a number of governors of the Zeeland Chamber of the Dutch West India Company who controlled the colonies of Essequibo and Demerara. The Dutch held their colonies along the Demerara and Essequibo until 1814, after which they were taken over by the British.