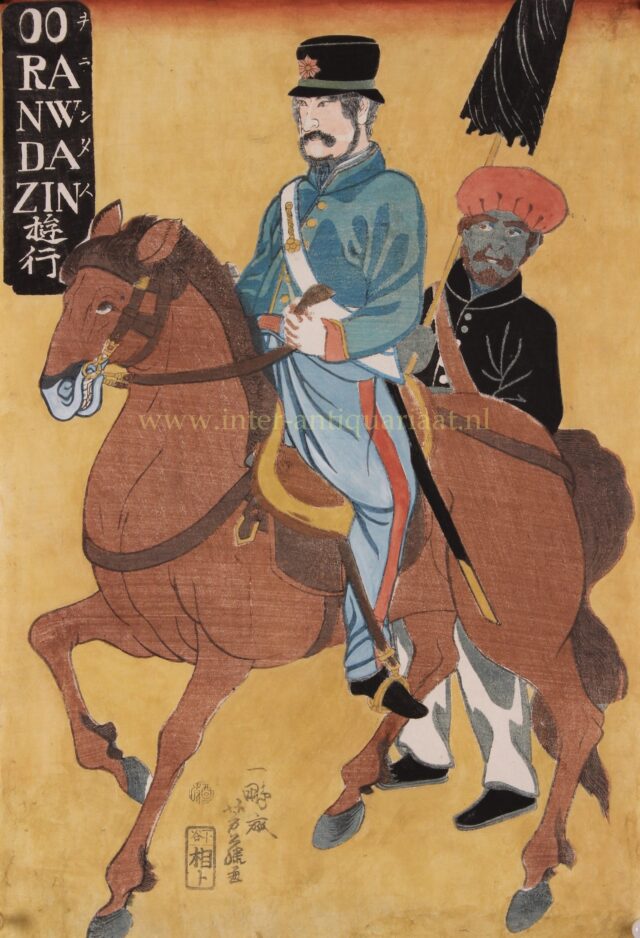 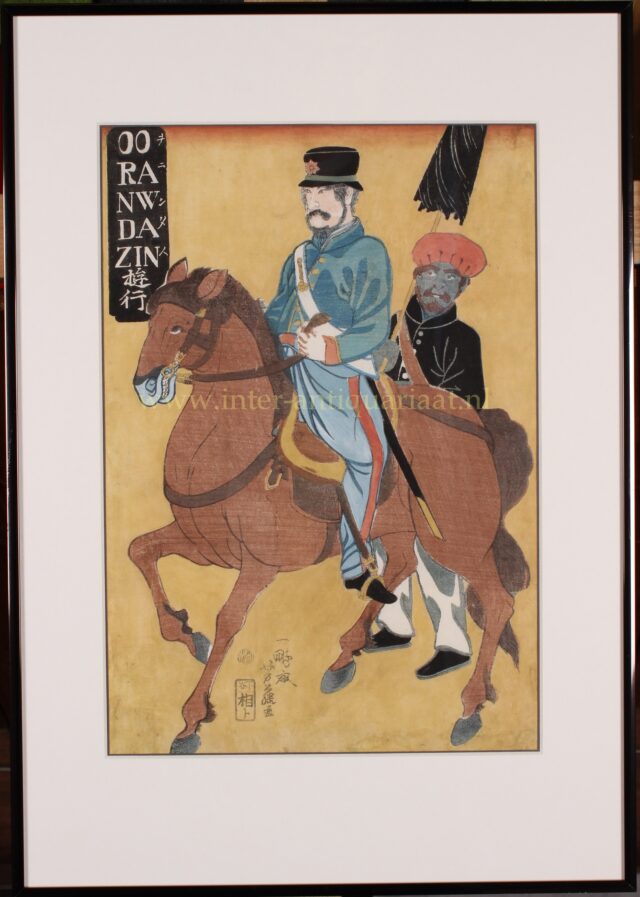 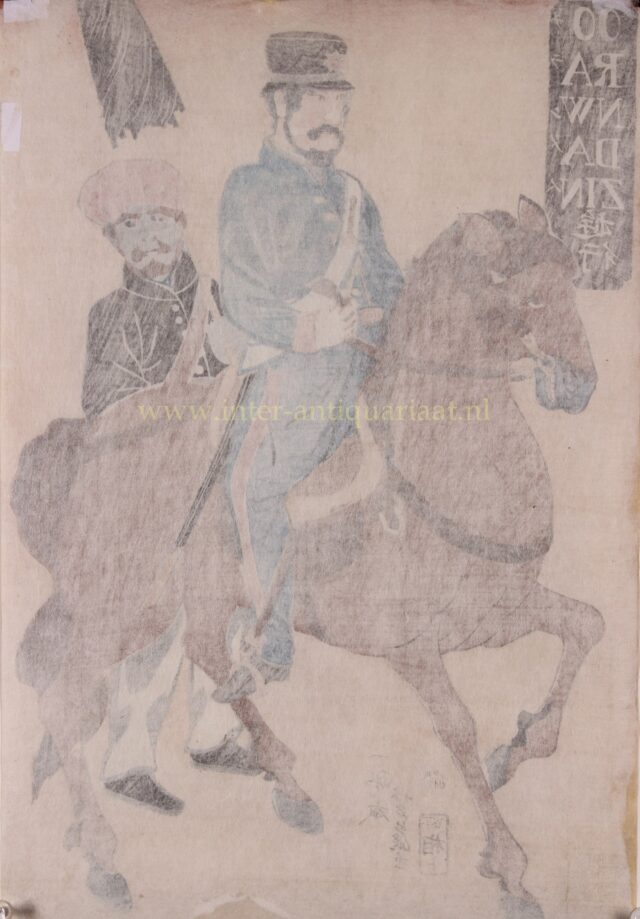 Dutchman on horseback in Japan – Yokohama-e, 1861

“RIDE OF A DUTCHMAN” (WITH INDIAN SERVANT)

From the 1630s to the mid-nineteenth century, Japan was virtually closed to foreigners. From 1641 the Dutch were the only Westerners allowed to stay and trade there. They had to follow strict regulations, and were allowed to live only on Dejima, an artificial island in the harbor of Nagasaki.

In 1858 the Dutch monopoly ended and the Dejima era was over. The United States, Great Britain, France and Russia also received trade rights with Japan. The foreigners settled in Yokohama, which quickly developed into Japan’s most important port. They had much more freedom of movement there than in Nagasaki. Women were also allowed to stay there. An international community developed, in which the Dutch were no longer the most important.

Dutch help was still called in to build up a Japanese navy and build steamships. The Dutch built a machine factory, set up a naval school and train Japanese naval officers.

The woodcuts shown here are so-called Yokohama-e prints, printed from a block of wood depicting foreigners in the port city of Yokohama. Foreigners were an attraction for the Japanese and the prints met an enormous demand. Prints made in Yokohama are more refined than earlier prints from Nagasaki. The artistic level is higher, the print quality is better and more colours are used.