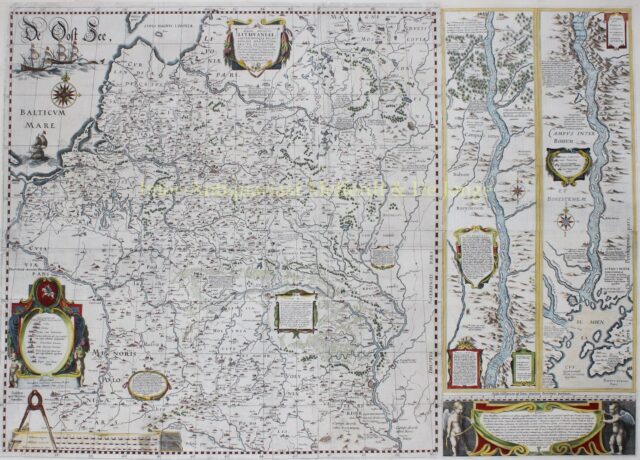 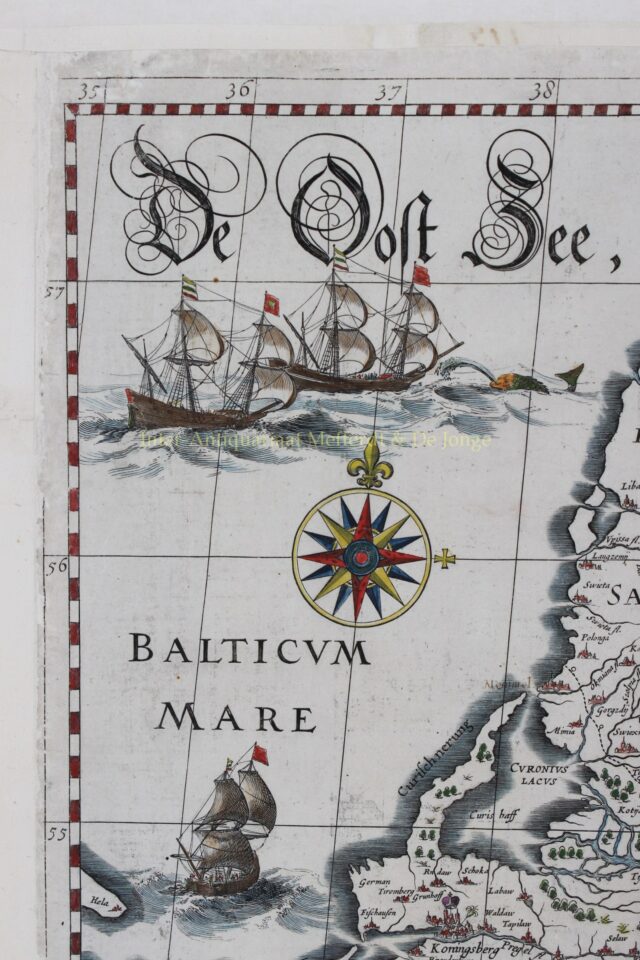 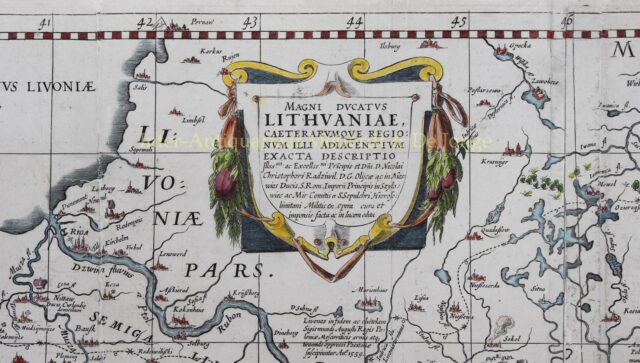 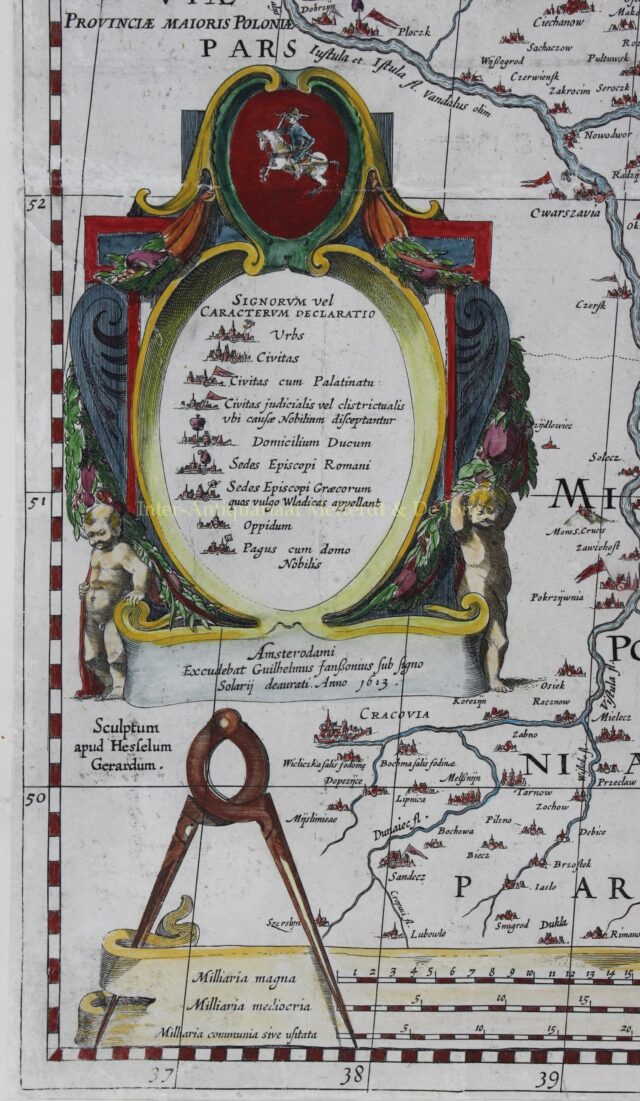 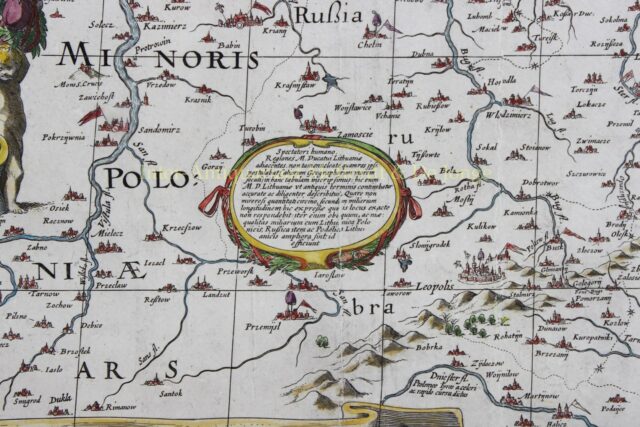 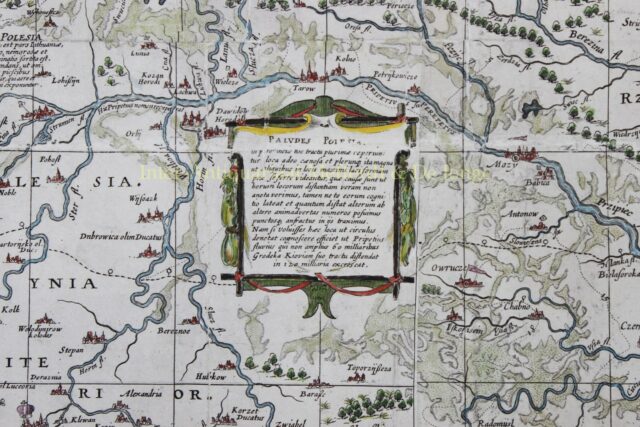 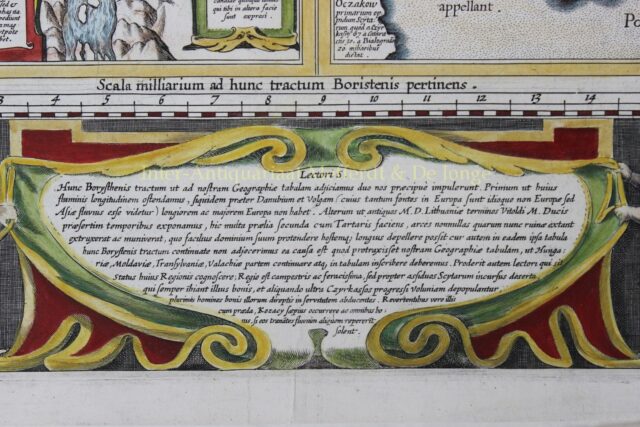 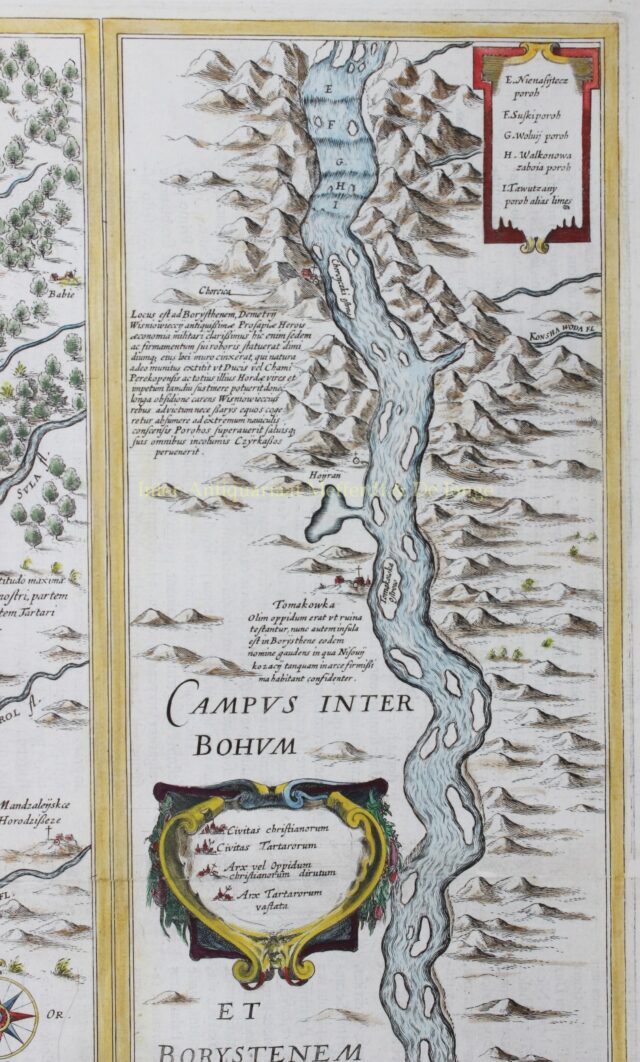 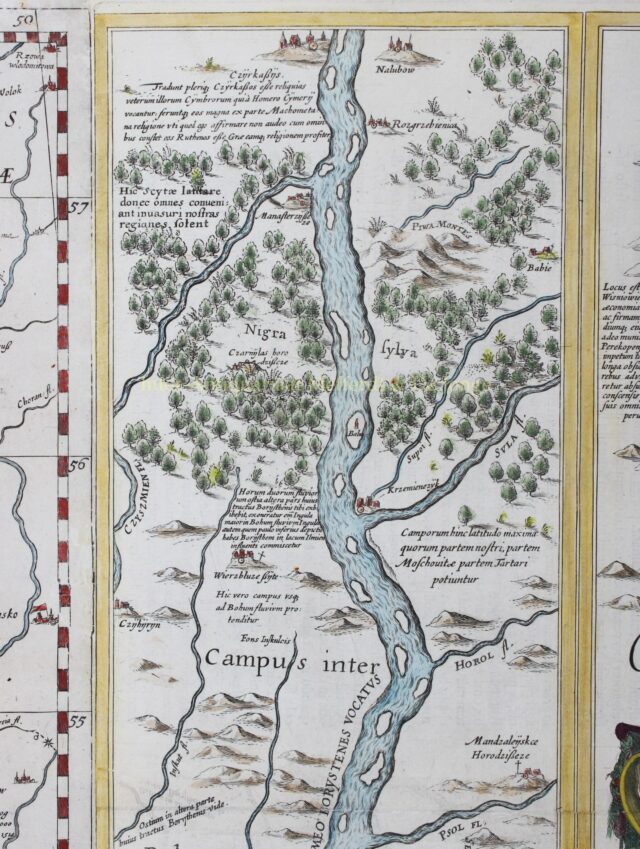 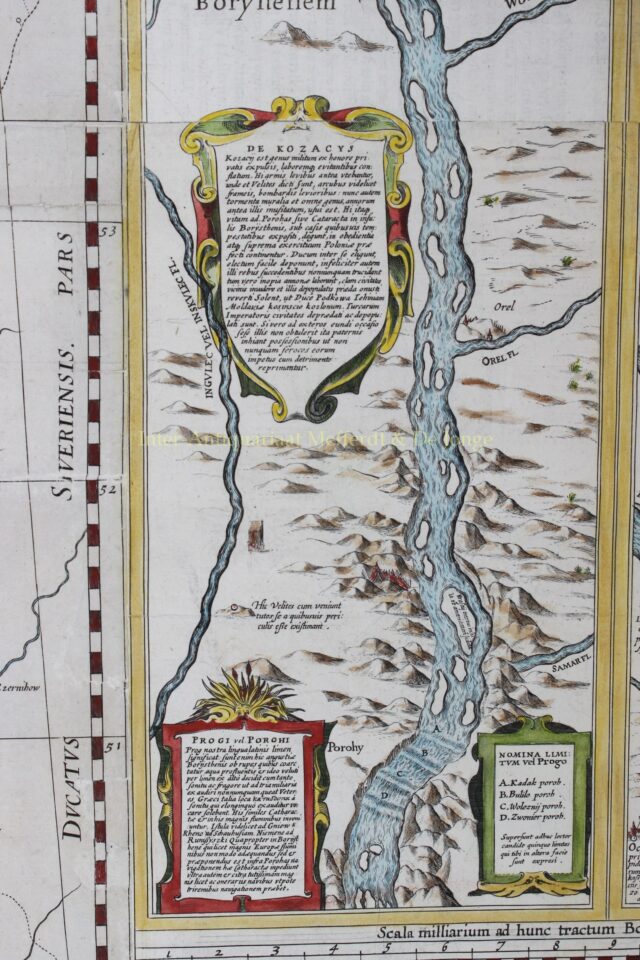 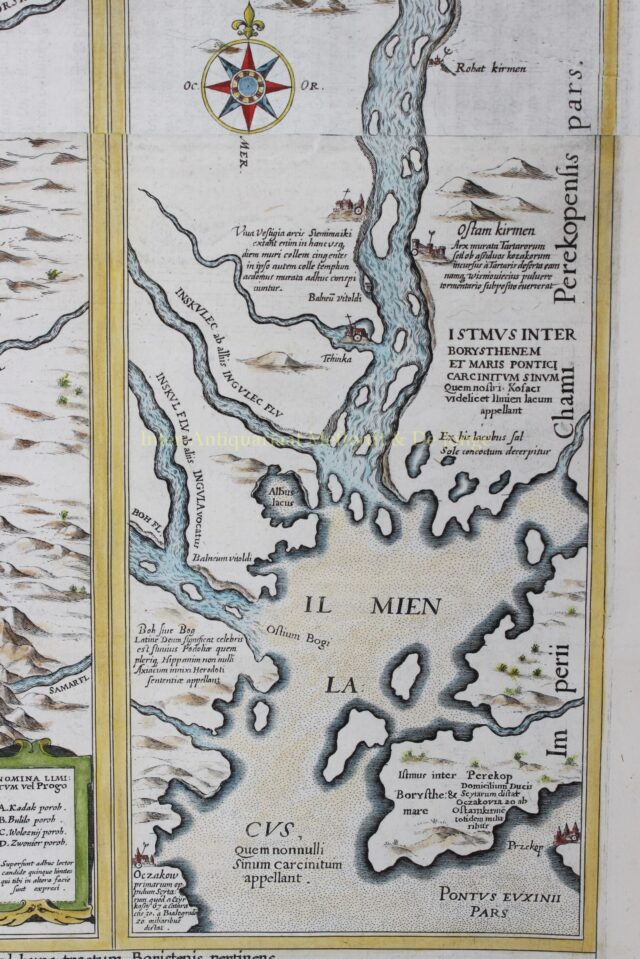 This superb wall map of the Grand Duchy of Lithuania had its beginning in 1586 when Prince Michael Radziwill commissioned M. Strubicz to survey the entire Lithuanian state which then included Poland. Strubicz’s map was so accurate and detailed that it provided the basis for all subsequent maps of the area during the 17th and 18th centuries.

Willem Blaeu first published his four-sheet map of Lithuania along with a two-sheet map of the Dnieper River in 1613 with the imprint “Guilhelmus Janssonius” below the legend at bottom left. He later added the name “Blaeu” to his name in order to differentiate himself from his rival, Jan Jansson. These maps of Lithuania and the Dnieper River, which had been engraved by Hessel Gerritsz, first appeared in Blaeu’s atlases in his Appendix in 1631, and were subsequently published in various editions through 1670.

Following Blaeu’s original 4-sheet version of the Gerritsz map, Blaeu and Jansson issued single sheet versions, the latter of which was re-issued by Van Waesberg and Moses Pitt at the end of the 17th century.The map covers the region from Riga to Smolensk in the north, and from Cracow to Kiev in the south, including parts of Poland, Russia, Ukraine and Latvia. The map provides an incredible amount of information on hundreds of cities and towns of all sizes, political boundaries, and the extensive system of rivers in the region. (Also included are a number of historical notations and two vignettes illustrating important battles west of Smolensk and between Braclaw (Bratslav) and Cherkasy (at bottom right). The map is handsomely embellished with several cartouches, three galleons and a sea monster in the Baltic Sea, a large compass rose, and a distance scale on parchment with a divider caliper.

The map detailing the course of the Dnieper River extends from Cherkasy to the estuary on the Black Sea. The map is in strip style with two vertical maps following the course of the river, each decorated with cartouches and compass roses and including numerous notations describing the cataracts, cities, salt mines, fortresses, and the historical traditions of the Cossacks. Putti flank a large cartouche at bottom.

The Radziwill map is one of the most important works of European cartography from the end of the 16th and the beginning of the 17th century and is an important contribution to the progress in the mapping of the whole continent.

For conservation purposes the map has been backed with rice paper.