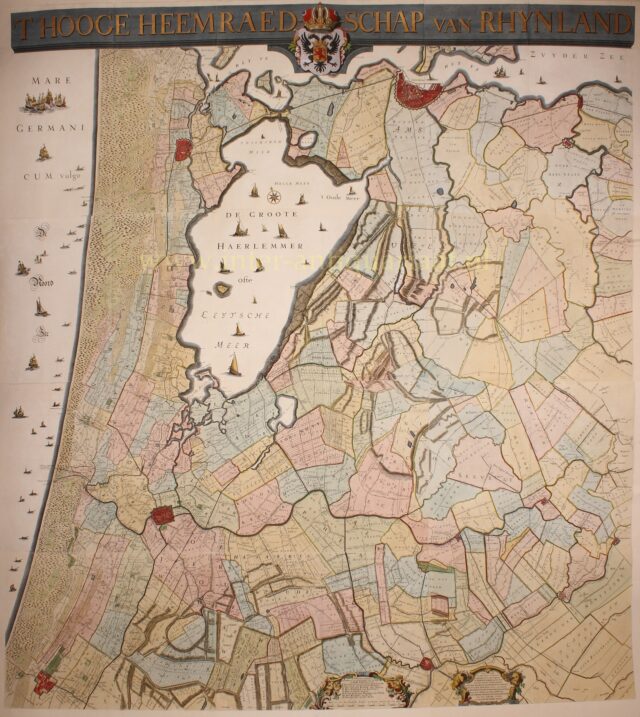 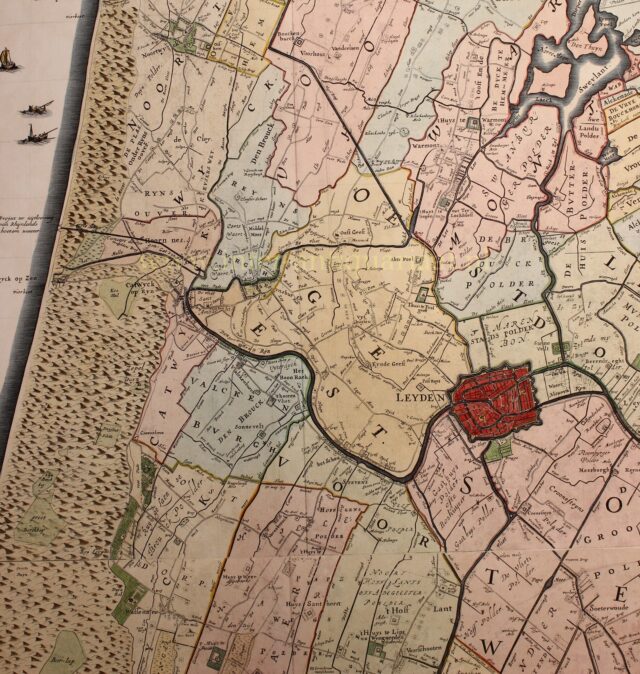 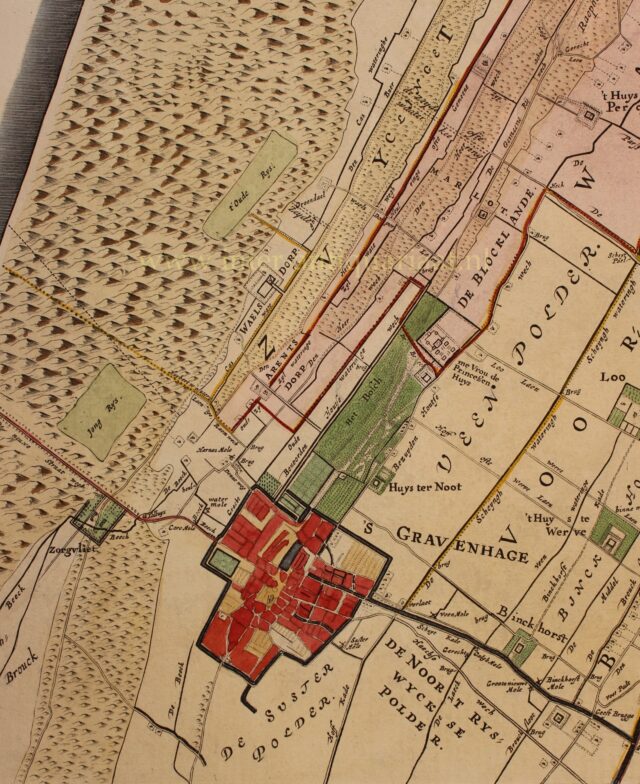 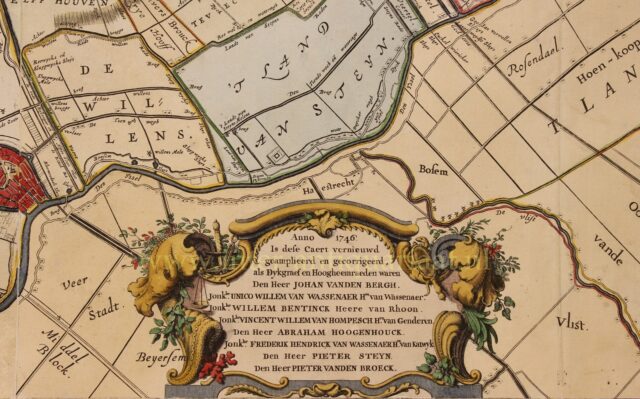 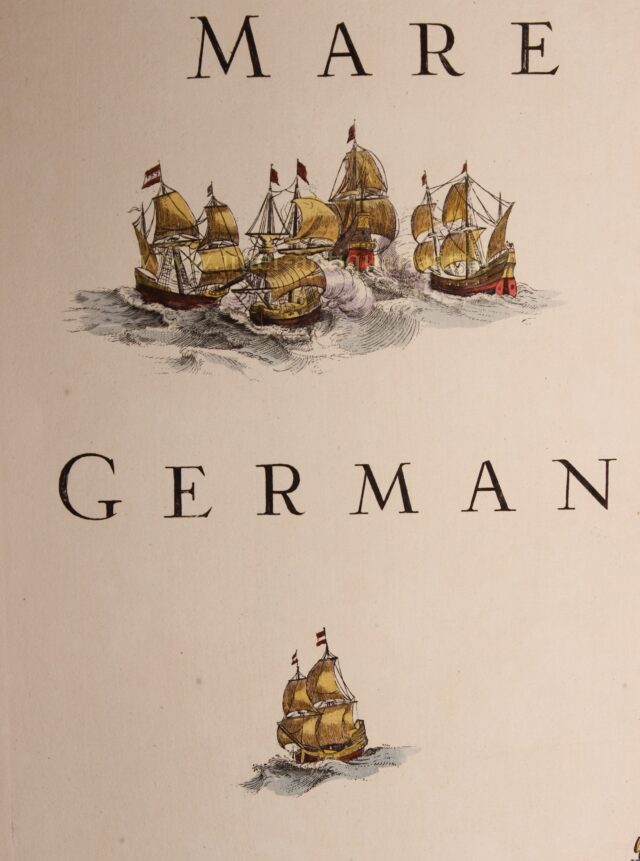 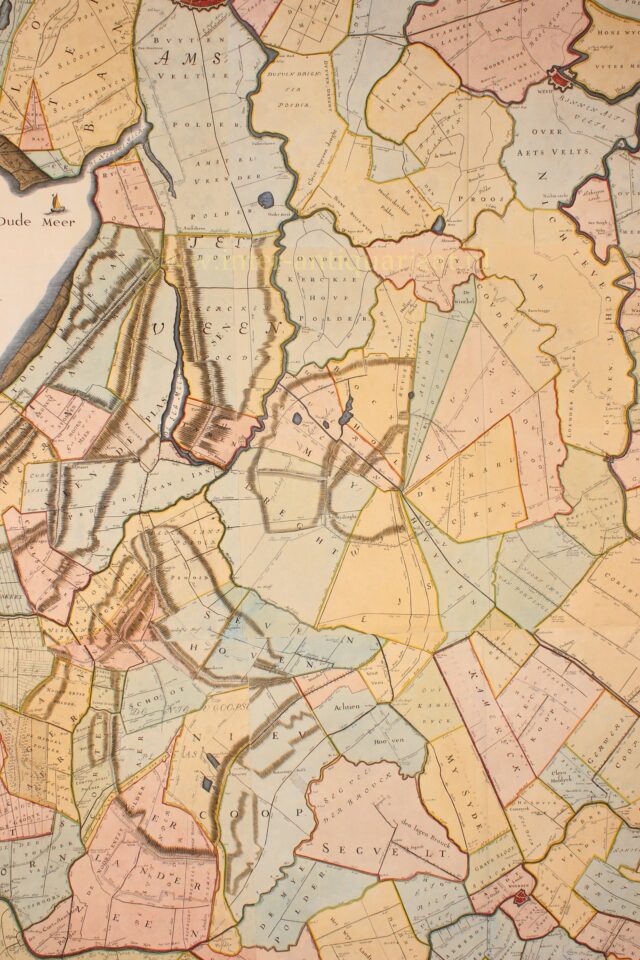 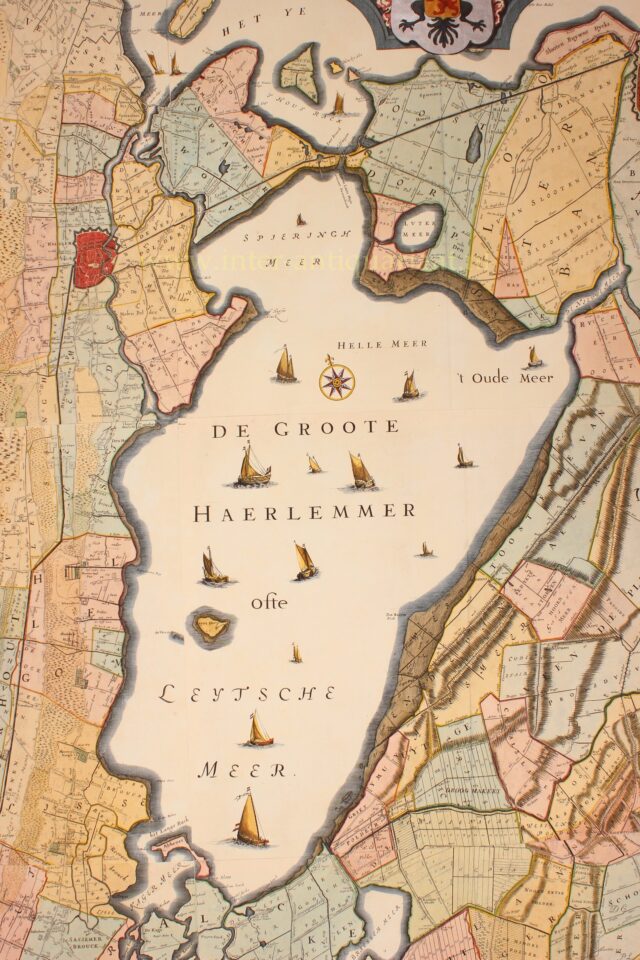 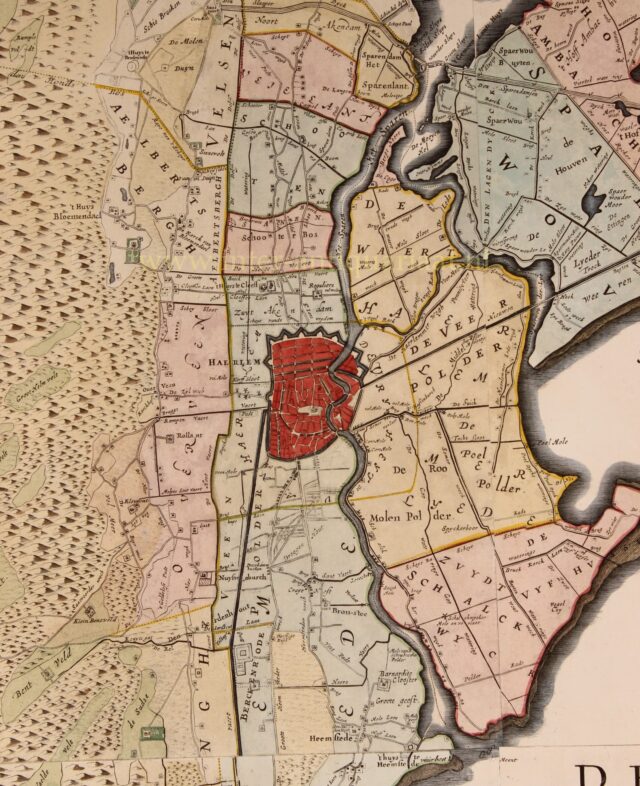 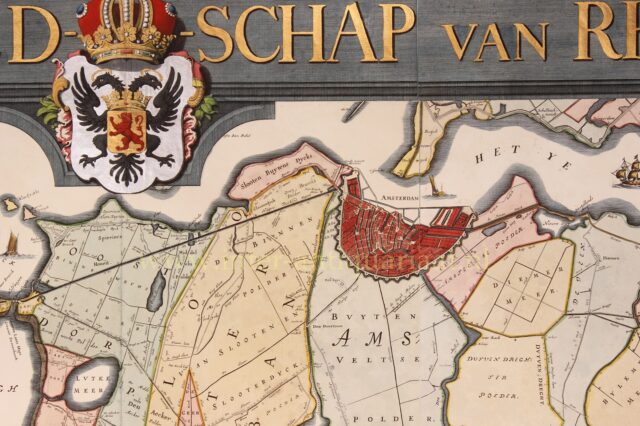 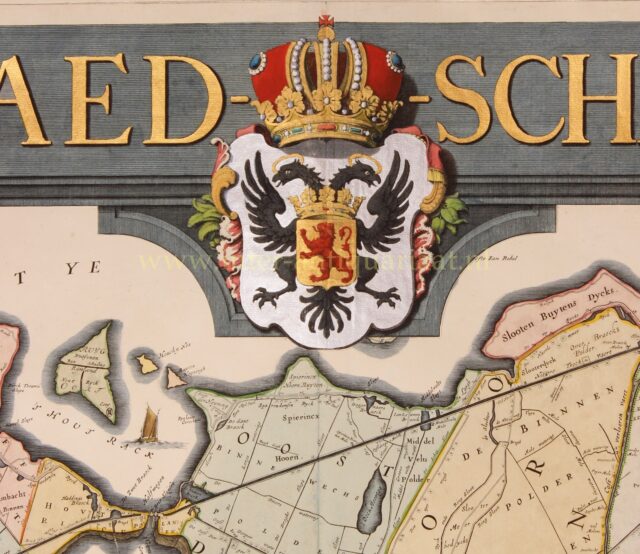 Impressive wall map of “’T Hooge Heemraedschap van Rhynland” [the water board of Rijnland]. Copper engraving made by Johannes Dou and Steven van Broeckhuyzen, amended by Melchior Bolstra, engraved by David Coster in The Hague and published in 1746 by Isaac Tirion in Amsterdam. Printed on mounted 13 sheets, coloured by a later hand. Size (print):  186 x 167 cm.

This map is the third edition of the wall map of the Rijnland water board of 1647. This third edition has been significantly revised by land surveyor Melchior Bolstra. The changes mainly relate to mapping the extensive peat lakes and already reclaimed peat lakes. These lakes originated from 1530 when turf extraction was forced to switch from turf cutting to dredging.

Central on the map are the Leidsemeer, Haarlemmermeer and Spieringmeer. Plans to drain them already existed in the 17th century, but there was strong opposition. The city of Leiden did not want to lose its lucrative fishing rights and Haarlem opposed because it earned lots with shipping through the swampy lands. In addition, there was a lack of funds and there was little confidence in the technical feasibility of a reclamation on this scale.

As the water claimed more land and pushed toward the city limits of Amsterdam at the end of 1836, king William I decided that the lake must be drained. Which finally happened using steam power in 1848-1852.

Cornelis Koeman writes about this beautiful map in his History of the cartography of the Netherlands:

At a scale of about 1:30.000 the map shows the entire area and some surrounding land in great detail, with the fortifications and (outside the cities) the individual houses, windmills, churches and other buildings shown, besides the roads, paths, waterways, and the individual plots of land in the polders. not only the country estates but all farms and other buildings along the roads. All being most valuable information about the infrastructure of the most densely inhabited part of the Netherlands in the Golden Age. It was (in 1647) the first time that such a large area had been mapped on such a scale, not only in the Netherlands, but in any European state.

The 1746 edition updated by Melchior Bolstra, would be used as a provincial map of Holland for another hundred years after its publication.

Our copy has been in an atlas until recently and is exceptionally well preserved.