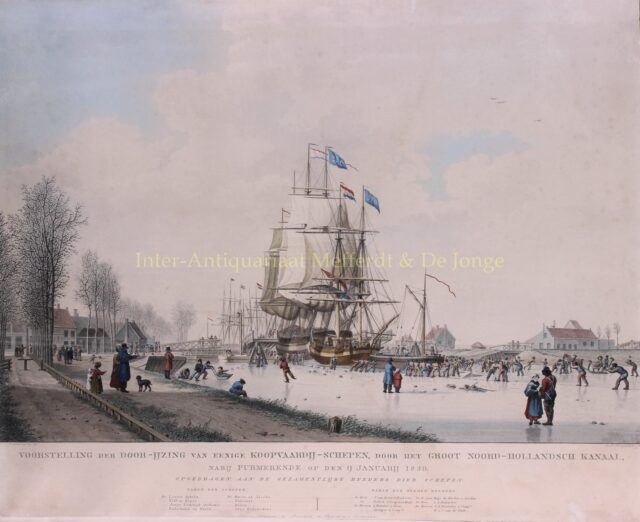 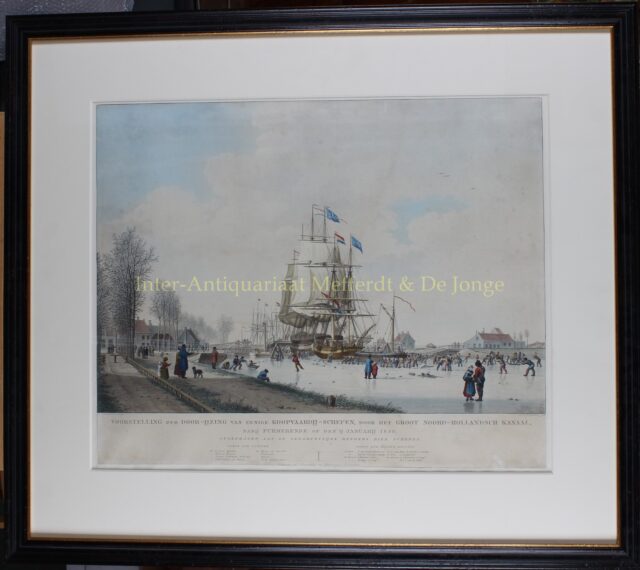 STUCK IN THE ICE OF THE NORTH-HOLLAND CANAL

Mainly due to its length, the winter of 1830 was the winter of the century. The cold started at the end of November and lasted well into February, resulting in numerous problems. At the end of December, nine merchant ships filled with goods from Amsterdam were captured in the ice. Time was money and the cold weather was truly challenging. Ship owners considered the route via the Zuiderzee as too risky and they had their ships try to reach the sea through the North-Holland Canal (finished in 1824). As soon as they left Amsterdam at the end of December, the severe cold got them stuck in the ice at Purmerend (20 km from Amsterdam). Cutting a fairway with axes and saws was – as the print shows- quite a sight and drew many spectators. And although the journey was continued a few days later, it took weeks before they reached the Nieuwediep (the entrance of the North Sea). To their dismay they found the North Sea also to be full of ice, so they had to wait for even longer until the wind turned and the ice drifted away.

This print was exhibited in the exhibition of the Teyler’s Museum in Haarlem ”Echte Winters. Het winterlandschap in de negentiende eeuw” [Real winters, winter landscapes in the 19th century] (catalogue. p. 23), 7 November 2015 -20 March 2016.