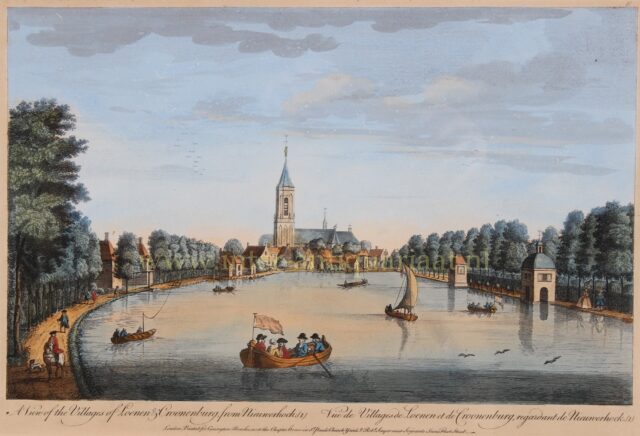 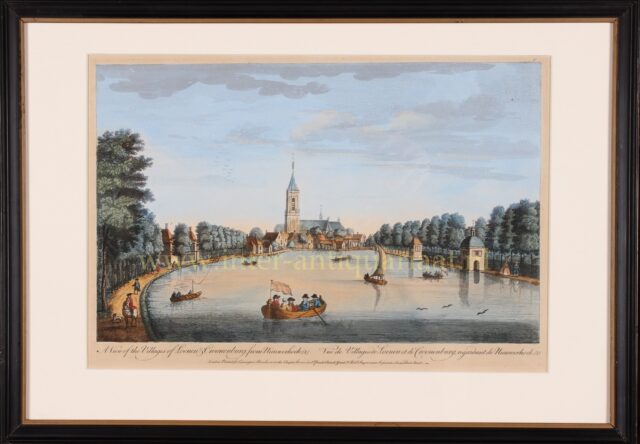 “A View of the Villages of Loenen & Croonenburg, from Nieuwerhoek“. Copper engraving published by Carington Bowles around 1793. With original (?) hand coloring. Size: 24 x 35,5 cm.

In the Dutch Golden Age, many wealthy citizens from Amsterdam had a country estate built along the river Vecht, within a couple of hours travel by trekschuit (tow-barge) or carriage. They exchanged the urban stench and hectic for a rural environment. They had gardens and parks built around their mansions. An orangery or tea cupola was often also built on the estates, as can be seen on the right of this scene. From the end of the 18th century, many country estates were demolished, as they had often became too expensive to be inhabited only during the summer season.

Printed in London with text in English and French, this engraving is intended for an international audience. Am audience of a certain standing that is to say, lesser mortals had to settle for the more primitive vues d’optique .