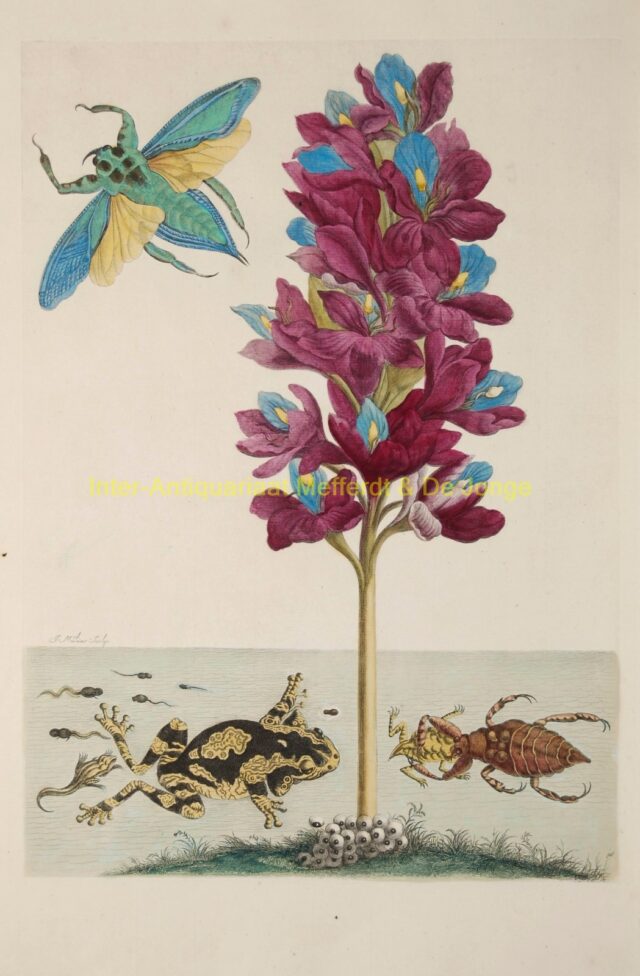 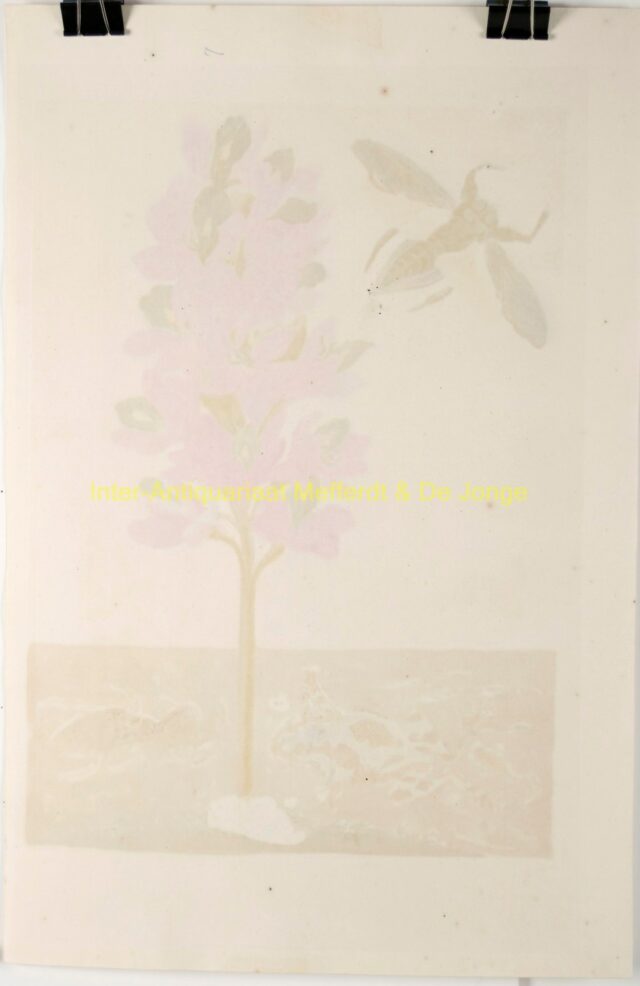 Water plant with water scorpion, frogs and waterbeetle, copper engraving made after a drawing by Maria Sibylla Merian, published in Amsterdam 1705-1719 as plate 56 of her Metamorphosis Insectorum Surinamensium. With original hand colouring. Size. (frame): 61 x 45cm.

The German Maria Sibylla Merian (1647-1717), daughter of engraver Matthias Merian and stepdaughter of the Dutch flower painter Jacob Marrel, studied and drew flowers and insects. In 1685 she moved with her two daughters to the Netherlands, where she became fascinated by the butterflies and beetles that were brought there from the East and West Indies. So much so that at the age of 52 she decided to travel to Suriname to personally study the flora and fauna. In order to finance the mission, Maria Sibylla sold 255 of her own paintings.

She must have been a remarkable woman.

Her stay in Suriname (1699-1701) lasted shorter than she had intended, but long enough to make a large number of paintings of plants and insects. She drew the animals on their – supposed – food plants.

In 1705 she published the Metamorphosis Insectorum Surinamensium at her own expense, a fabulous work with 60 copper engravings in a Latin and Dutch edition. Posthumously, in 1719, Johannes Oosterwyk published an edition of the Metamorphosis expanded with 12 plates of reptiles, amphibians and possums. Merian’s descriptions of plants and insects provide the state of science in 1705. It is still one of the best books about Surinam insects ever published. Few colour images of the New World were printed before 1700 and thus Merian’s Metamorphosis has been credited with influencing a range of naturalist illustrators.

The drawings were engraved in copper by Joseph Mulder, Pieter Sluyter and sometimes by Merian himself.

Merian not only studied insects, but also the development of frogs: from egg (frogpill) via tadpole to frog. This process can be seen on the bottom of the plate.