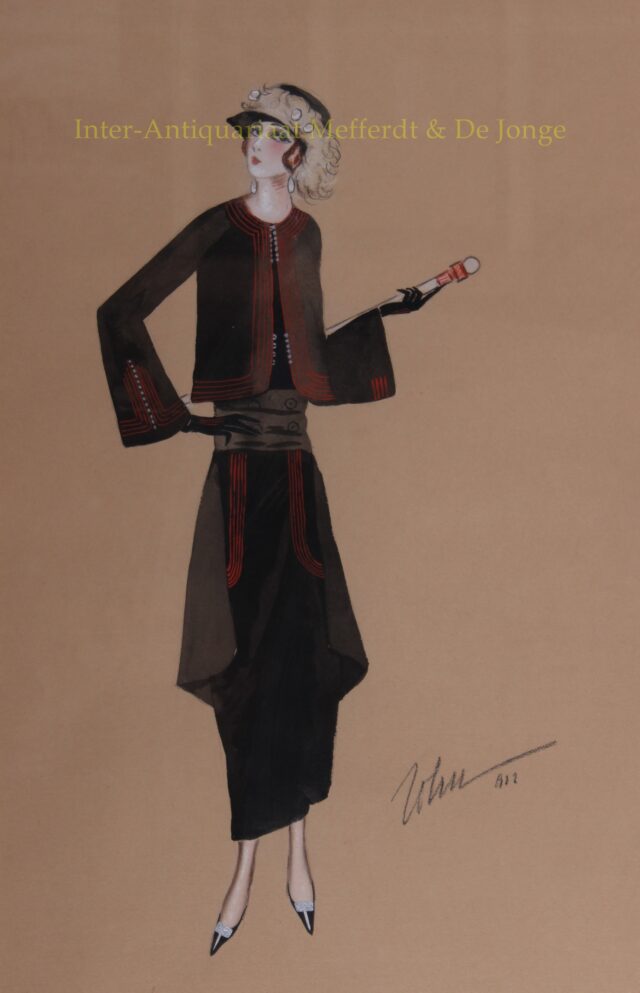 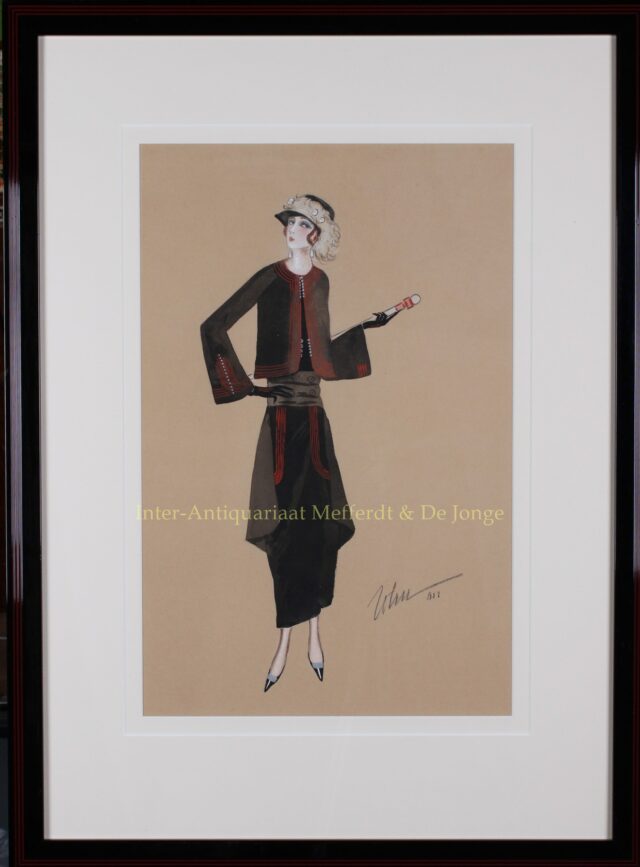 Fashion came within reach of the general public in the years 1920-1930, people went to the cinema and saw films where the latest fashion was worn. Enchanted by the new and modern, women wanted the same looks: clothing, hair and make-up. The 1920s was the decade in which fashion entered the modern era, a time in which women first abandoned the more restricting fashions of past years and began to wear more comfortable clothes

Fashion designer Giovanni Guida moved from the countryside to Rome in 1913, where the year after, he participated under the pseudonym John in the Esposizione sulla Moda, organized by the Circolo degli Artisti. After the first world war, Guida spent three years in Paris before returning to Rome in the 1920s. There he worked – almost exclusively – for the Coen & C. shops. Among other things, he made fashion designs with the fabrics that were for sale in the shops. The textile museum of the Fondazone Ratti in Como organised a major exhibition on John Guida in 2012, where 34 of his designs were shown.