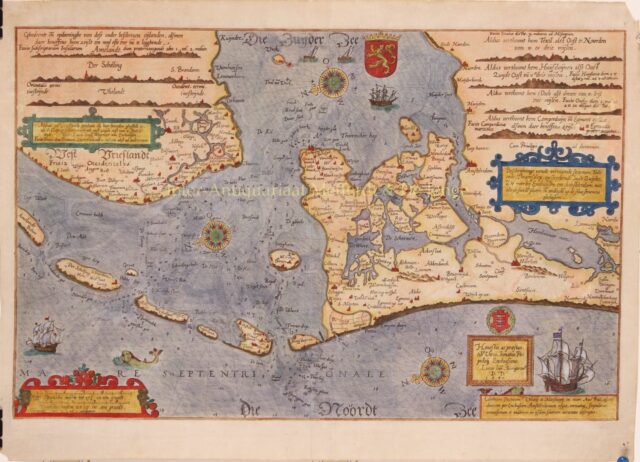 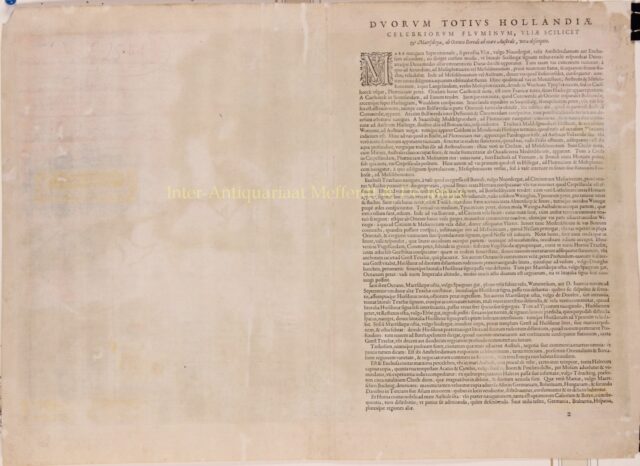 With the expanding horizons of Dutch maritime trade along the coasts of Western Europe in the second half of the 16th century, the seamen needed better aids to navigation. The most important pioneer in the development of a better and safer navigation was Lucas Jansz. Waghenaer (1534/35-1606). Thanks to him, the field of maritime publication was enriched with an exceptional work: Spieghel der Zeevaardt. This work was a milestone in the development of West European navigation.

The stimulus for the introduction of a better pilot guide came from West Friesland. With its flourishing harbours on the Zuiderzee, the region had always been closely linked to shipping and commerce. Waghenaer was born in Enkhuizen, a town that was experiencing unprecedented economic growth at that time. Enkhuizen is located in the middle of West Friesland, (of course) shown on the first map (after the map of Europe as a whole) in Spieghel der Zeevaardt.

Waghenaer worked for more than twenty years on the Spieghel. He drew his material from various manuscripts and printed sources, to which he added his own extensive observations, which he had made on his many voyages on Enkhuizen’s ships. In the printed text of the Spieghel, Waghenaer repeatedly refers to his own depth measurements and findings. This demonstrates that during his active career as a seaman, he had already been thinking of compiling a pilot guide in the new style. Waghenaer announces that his charts were so much appreciated “that the most important skippers, pilots, steersmen, as well as the most famous and wealthy merchants have asked and requested me for years repeatedly, to publish the charts for the advancement, improvement and safety of the navigation”.

Waghenaer’s first publisher, Christoffel Plantijn, chose one of the best engravers of that period, Johannes van Doetecum (1530 – 1605), to engrave the charts. This choice undoubtedly contributed to the creation of an extremely attractive pilot guide that overshadowed all other commonly used rutters published so far in small format.