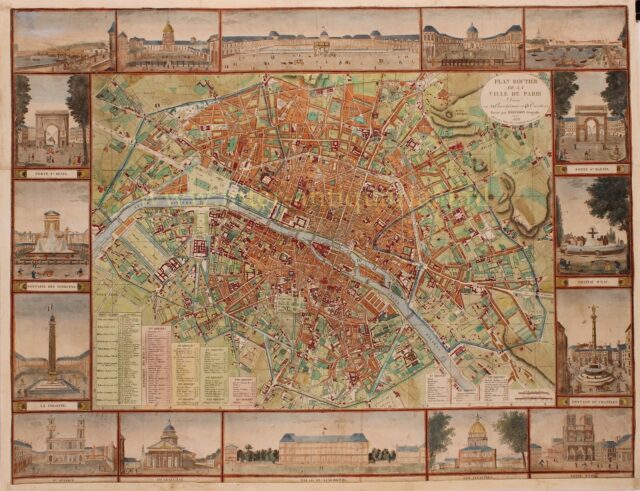 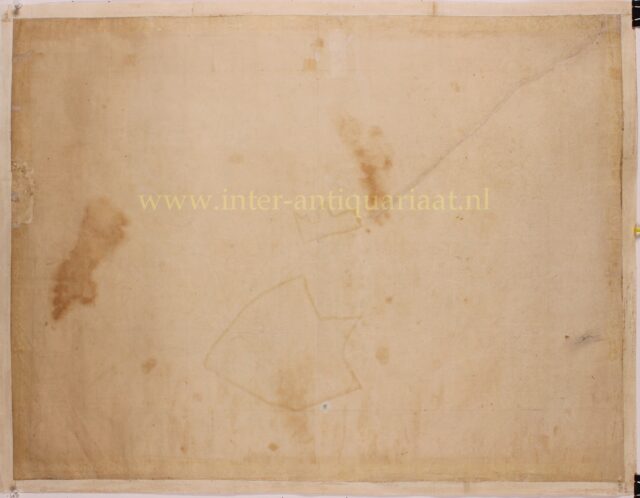 After the Napoleonic era, France was no longer the dominant power it had been before 1814, but it played a major role in European economics, culture, diplomacy and military affairs. France was highly centralized, with all decisions made in Paris.

The restoration brought peace and quiet, and general prosperity. France had recovered from the strain and disorganization, the wars, the killings, and the horrors of two decades of disruption.

There was significant increase in public wealth, and the national budget showed a surplus every year. In the private sector, banking grew dramatically, making Paris a world center for finance, along with London. The communication system was improved, as roads were upgraded, canals were lengthened, and steamboat traffic became common.

The map is surrounded by 16 views reflecting the renewed interest in culture and history.

The higher learning flourished at the Sorbonne university. Major new institutions gave France world leadership in numerous advanced fields, as typified by the École Nationale des Chartes (1821) for historiography, the École Centrale des Arts et Manufactures in 1829 for innovative engineering; and the École des Beaux-Arts for the fine arts, reestablished in 1830.

Eustache Hérisson (1759 – 1818) was a French cartographer and geographical engineer active in Paris during the early years of the 19th century. Hérisson was a student of the 18th century hydrography Rigobert Bonne. He was a member of the Société Royale. Much of his work was republished posthumously, in this case by Jean in the Rue Jean-de-Beauvais no. 10, close to the Sorbonne.