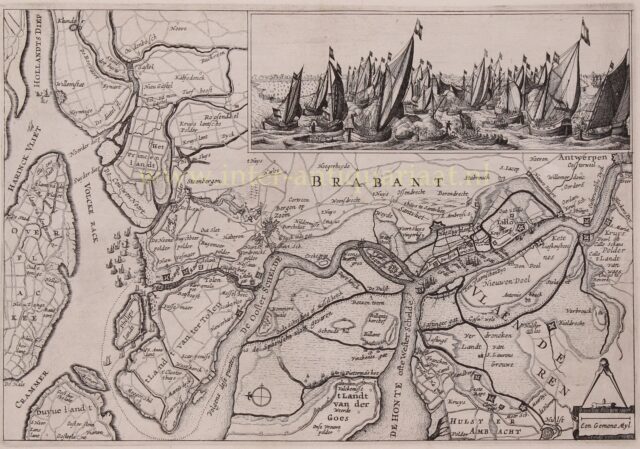 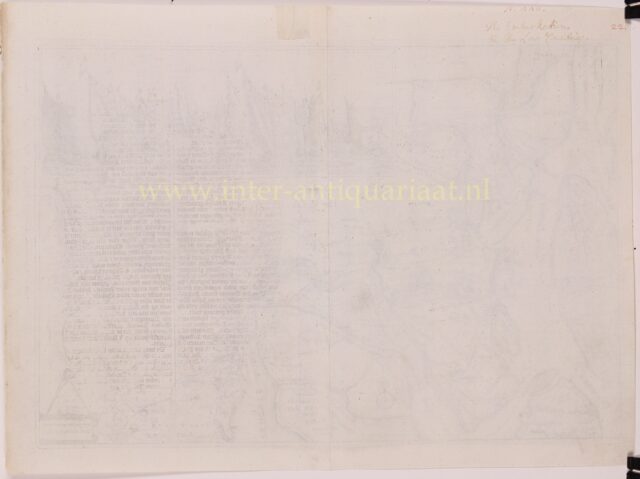 DUTCH VICTORY IN THE NAVAL BATTLE OF THE SLAAK

During the Eighty Years’ War Infanta Isabella Clara Eugenia of Spain, governing the Netherlands, ordered a Spanish army transported on a fleet of barges to attempt to occupy the islands of Goeree and Overflakee by surprise. In particular, the Spanish wished to overpower the large fortresses on either side of the Volkerak Strait. The fortress had special propaganda value, as it was a newly founded town named Willemstad after William the Silent; more importantly, Spanish occupation would have allowed a blockade of the Dutch main naval port at Hellevoetsluis located to the direct north of Overflakee on the island of Voorne; and the isolation of the province of Zealand from its confederate provinces.

A Spanish fleet of ninety vessels and 5,500 men under the direction of the Marquis of Aytona, but in fact commanded by Count Jan van Nassau Siegen, a catholic cousin of the calvinist Dutch House of Orange, mostly consisting of small transports, departed from Antwerp.

The plan could not be kept a secret however and a Dutch task force of fifty ships, under Zealandic Vice-Admiral Marinus Hollare, intercepted the fleet in the Eastern Scheldt. Seeing their intended route blocked, the Spanish first tried to capture the more southern island of Tholen instead, but this attempt was thwarted by a regiment of two thousand English and Scots mercenaries under the command of Thomas Morgan from the fortress of Steenbergen who marched at low tide through the shallow sea to the island, arriving just in time to deter a landing. Van Nassau in his desperation then took the bold decision to attempt to sneak past the Dutch fleet during the night and so achieve the original goal after all.

The Spanish movement however, was noticed despite a fog. The Dutch first allowed the enemy fleet to pass completely, before cutting them off. Once this was achieved the Dutch suddenly attacked the Spanish from behind in the Slaak or Volkerak channel. Hundreds drowned as they tried to escape the ships and those that did escape were captured by the waiting Dutch and English troops ashore. Over 4,000 troops and seamen were captured along with the majority of ships. Van Nassau himself and two ships accompanying him managed to escape to Antwerp.

Since then, the Scheldt has remained firmly in Zeeland hands. Bridges were made over the river De Eendracht from the wood of the captured Spanish ships in 1632.

The map shows the Scheldt estuary and surrounding country, waterways, creeks and flooded land between Bergen op Zoom, Zandvliet and Antwerp. It indicates the sailing routes of the Dutch and Spanish fleets took before the battle. At the top right there is an inset depicting the victory of the Dutch during the battle.