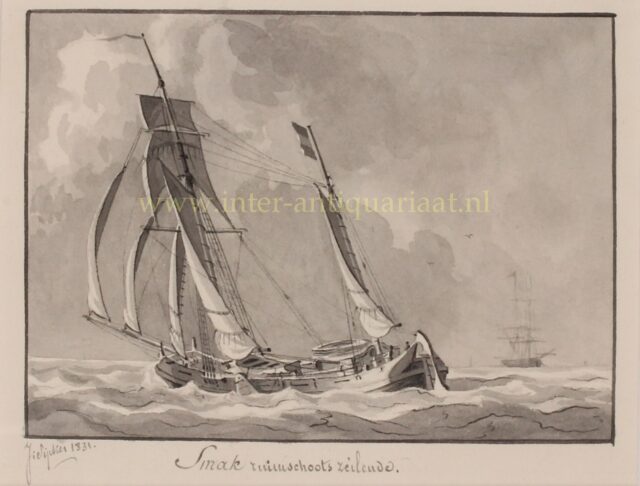 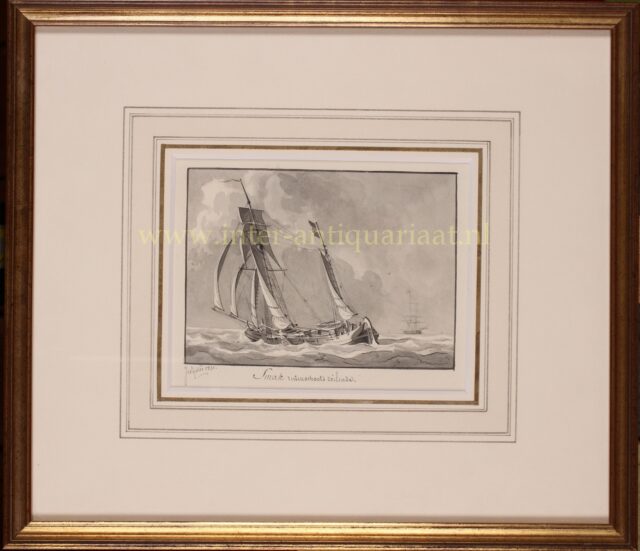 A smack was a traditional fishing boat used off the Dutch coast for most of the 19th century. Many larger smacks were originally cutter-rigged sailing boats until about 1865, when smacks had become so large that cutter main booms were unhandy. The smaller smacks retain the gaff cutter rig. The larger smacks were lengthened and re-rigged and new ketch-rigged smacks were built, but boats varied from port to port. Some boats had a topsail on the mizzen mast, while others had a bowsprit carrying a jib.