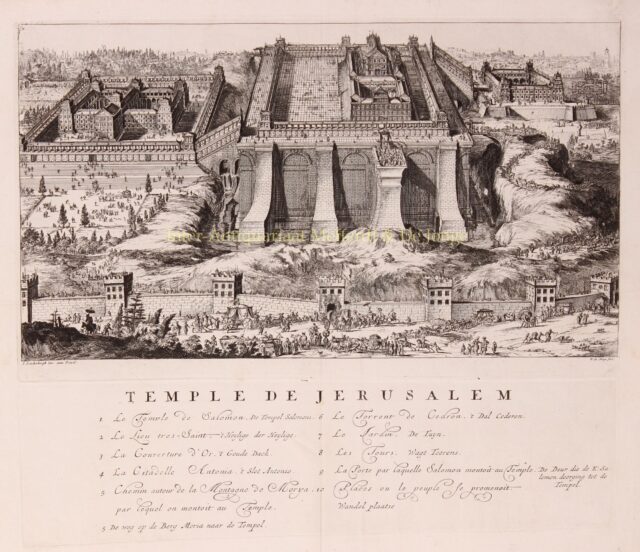 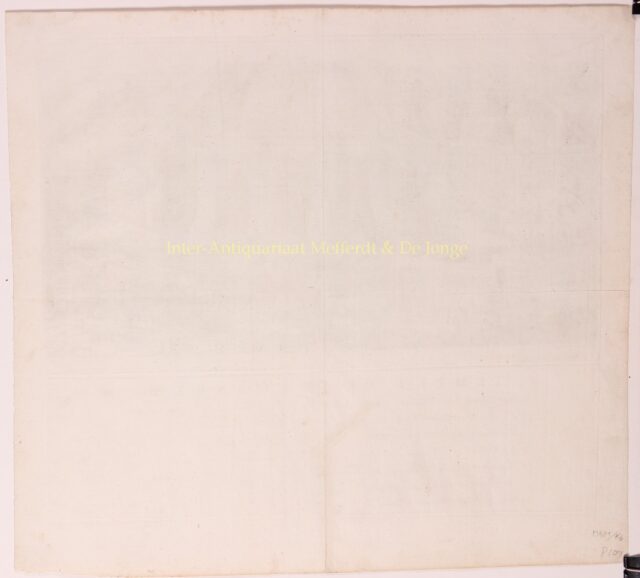 The crowning achievement of King Solomon’s reign was the erection of the magnificent Temple (Hebrew: Beit HaMikdash) in Jerusalem.

Solomon spared no expense for the building’s creation (between 1000-900 BCE). He ordered vast quantities of cedar wood from King Hiram of Tyre, had huge blocks of the choicest stone quarried, and commanded that the building’s foundation be laid with hewn stone. To complete the massive project, he imposed forced labour on all his subjects, drafting people for work shifts that sometimes lasted a month at a time. Some 3.300 officials were appointed to oversee the Temple’s erection. Solomon assumed such heavy debts in building the Temple that he was forced to pay off King Hiram by handing over twenty towns in the Galilee.

Its most important room, known as the Holy of Holies (Kodesh Kodashim) (“Le Lieu tres Saint” on De Hooghe’s etching) housed the two tablets of the Ten Commandments.

De Hooghe made his etching on the basis of descriptions by the Jesuit scholar Juan Bautista Villalpando (1552-1608) who, in his “Ezechielem Explanationes” made a reconstruction Solomon’s Temple and Jerusalem.