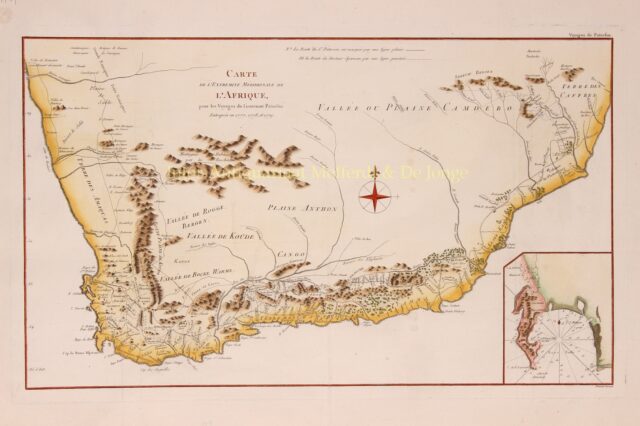 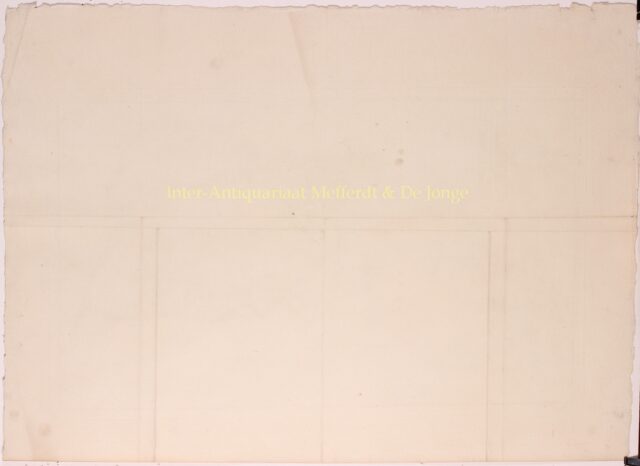 SOUTH AFRICA WITH THE TRAVELS OF WILLIAM PATTERSON AND ANDERS SPARRMAN

Naturalist William Paterson was appointed to collect plants at the Cape of Good Hope. He arrived at the Cape in May 1777 and during the next years he undertook four plant-collecting journeys into the interior, totalling some 8000 km.

Paterson travelled a greater distance in South Africa than any other visitor during the eighteenth century. He described his southern African travels in “A narrative of four journeys into the country of the Hottentots, and Caffraria” in 1789, including this map and 17 illustrations. It was the first book of travel in South Africa written in English and the information it contains is generally reliable. A second edition appeared the next year, as did French and German translations.

The map is copied from an earlier map of South Africa by Swedish naturalist Andres Sparrman‘s and, unlike other editions of the map, it depicts both Sparrman’s and Paterson’s routes.