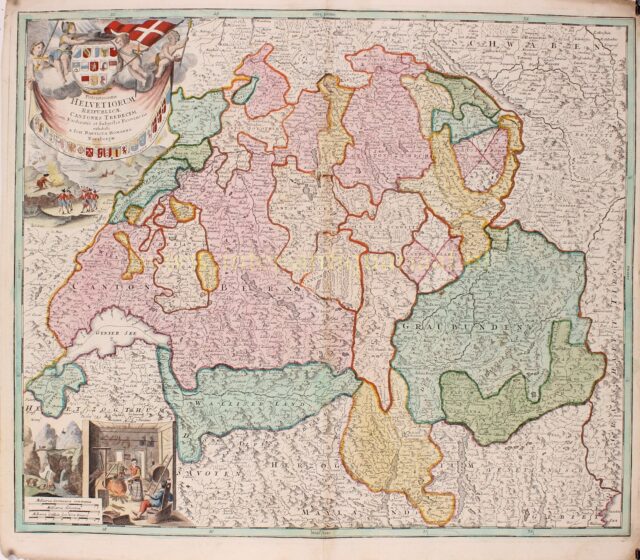 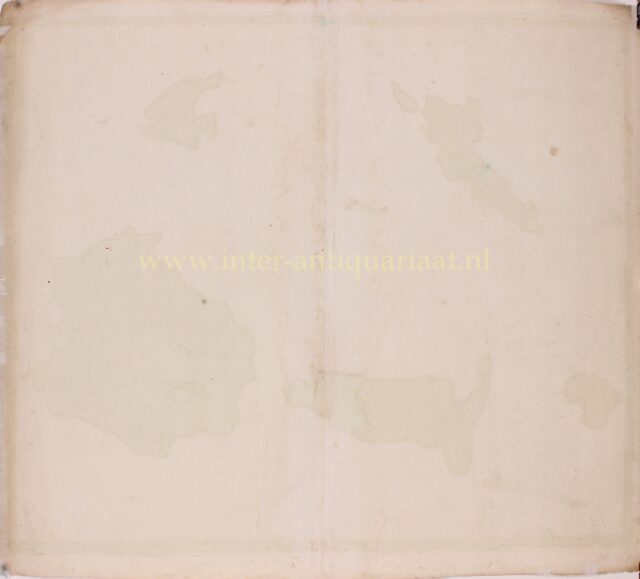 The map’s large title cartouche incorporates coats of arms of the thirteen cantons of Early Modern Switserland as well as 20 coats of arms of “allied and subject provinces”. Armed putti are waving the Swiss confederate flag. The decoration in the lower left has an Alpine scene with cows and a traveller crossing a river on a mountain pass. A second scene shows a local preparing cheese in a kettle.