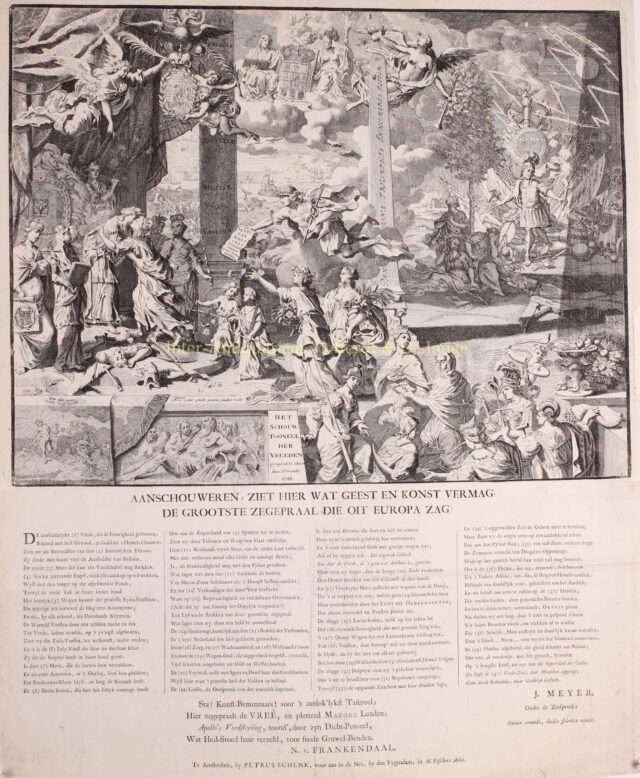 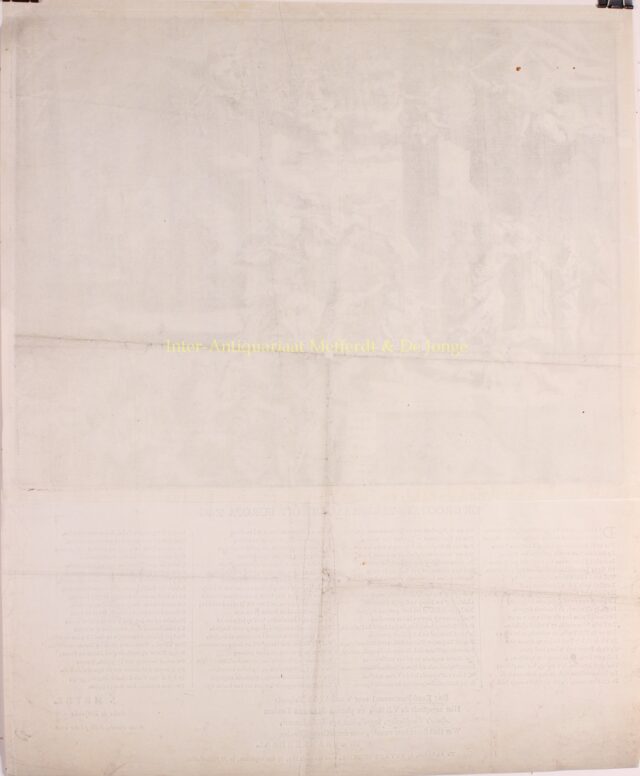 ALLEGORY OF THE TREATY OF AIX-LA-CHAPELLE, 1748

Allegory of the peace Treaty of Aachen concluded on October 18, 1748 between the (Dutch Republic, England and Austria) on the one hand and France, Prussia and Spain on the other.

The 1748 Treaty of Aix-la-Chapelle, sometimes called the Treaty of Aachen, ended the War of the Austrian Succession.

Terms included that Austria recognised the Prussian acquisition of Silesia and cedes the Duchies of Parma, Piacenza and Guastalla to Philip of Spain (1720–1765). France withdrew from the Austrian Netherlands and returned the Dutch border fortresses of Maastricht and Bergen op Zoom. Britain returned the French possession of Louisbourg in Nova Scotia for Madras, captured by France earlier. Austria withdrew from the Duchy of Modena and Republic of Genoa. Renewal of the Asiento slavery contract, granted to Britain by Spain in the 1713 Treaty of Utrecht. A commission was established to resolve competing claims between French and British colonists in North America.

As the title of the print claims, truely one of the greatest peace treaties Europe had seen so far.

On the left of the scene, the French virgin is welcomed back and embraced by virgins of the other kingdoms. In the middle we see Mercury, the messenger of peace, below him a group of women representing the virtues Justice, Godliness, Care, Vigilance and Prosperity. On the Right in the background France is represented as a belligerent god Mars.