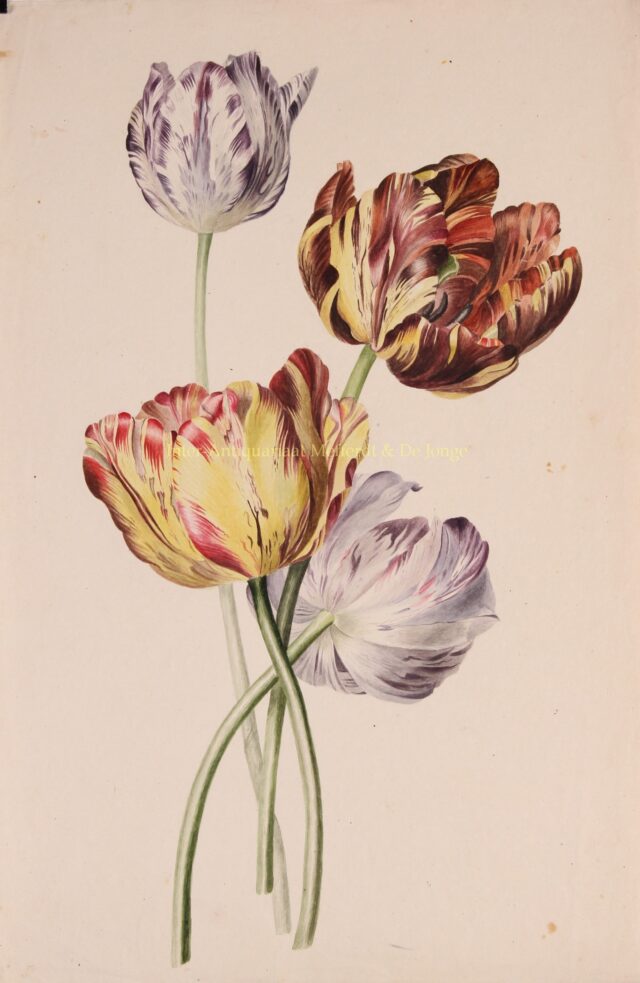 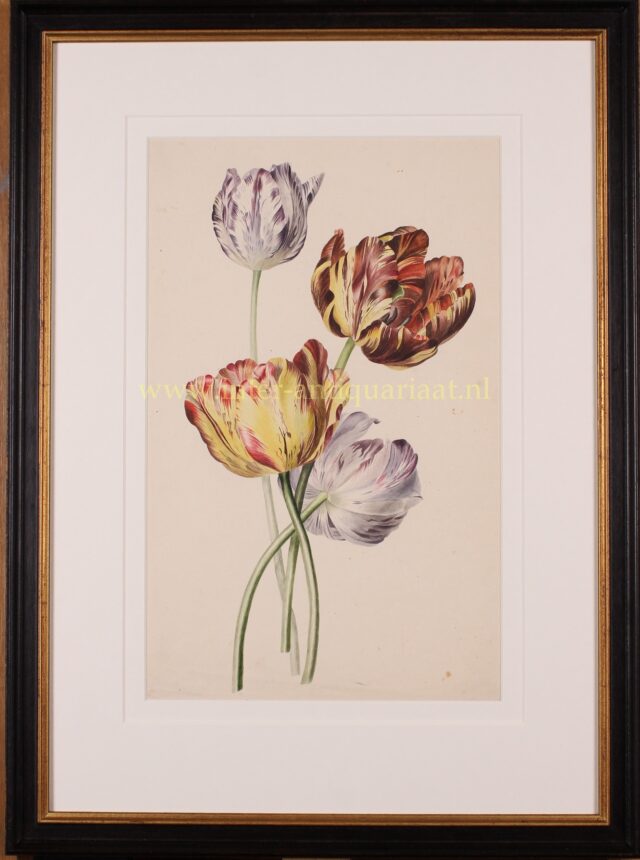 The tulip, originally from the Ottoman Empire, was introduced to Europe in the 16th century. The tulip was popular in France, among others, but led to hysteria in the Dutch Republic. In 1593 Ogier Ghiselin de Busbecq, a Flemish diplomat to the Turkish court, sent tulip seeds to his friend Carolus Clusius, who was a botanist in Leiden. Six harvests later – a tulip flowers after seven years – collecting tulips had become a craze.

Botanical illustrators in the 15th and 16th centuries, devoted themselves to the medicinal properties of flowers and plants and determined them as accurately as possible. Later, when European explorers imported specimens from exotic places, artists carefully reproduced them for an audience fascinated by new discoveries. In the course of the 18th and 19th centuries, scientific depiction gave way to emphasizing the beauty of plants and flowers.

The Teylers Museum in Haarlem also owns a number of floral arrangements in watercolour by Johanna Helena Buyskes.