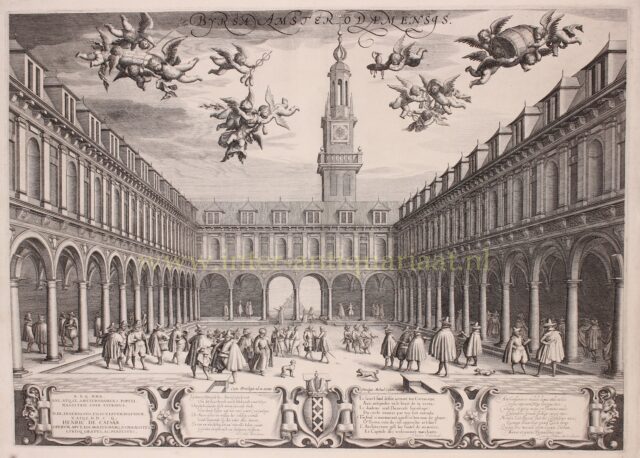 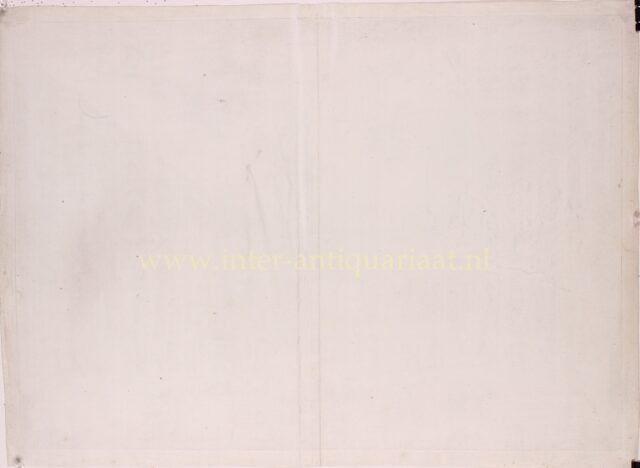 THE WORLD’S FIRST VIEW OF A STOCK EXCHANGE, THE AMSTERDAM “KOOPMANSBEURS”

“Bursa Amsterodamensis” Engraving with etching made by Boëtius Adamsz. Bolswert and published in 1609 by Michael Colijn. Size: 43,2 x 60,1 cm.

At the beginning of the 17th century, the Amsterdam Koopmansbeurs [“merchant exchange”] was the most important trading institution in the world. The exchange soon became a very international place. Everything that could be traded was traded. There were shares of the Dutch East India Company for sale, forward contracts that gave the right to buy goods at a fixed time for a fixed price, but also commodities. In addition, insurance contracts could be taken out. Contracts for freight transport could be concluded and one could obtain information about whatever was important for any kind of trading.

Construction of the Koopmansbeurs started in the spring of 1608, partly on the arches of the lock of the Amstel rivier below, partly on piles of 50 to 60 feet in length.

The Amsterdam city council was the initiator for the construction of this exchange. They wanted to concentrate the trade in the city in one place. This was conducive to trade and provided opportunities for regulation. Construction was supervised by the city’s architect Hendrick de Keyser. The design of the exchange was taken from similar buildings in Antwerp and London. In 1611 the Koopmansbeurs became a fact. This engraving must therefore have appeared at a time when the construction was not yet completely finished.

The Koopmansbeurs consisted of a rectangular courtyard surrounded by a colonnade. Because it was partly built the arches of a bridge, ships with lowered masts could pass under the building. The passage was closed in 1622, first with a tree blocking the opening, then with heavy wooden doors and in 1672 the passage was finally bricked up. It is said that the reason for the closure in 1622 was that a stonemason’s journeyman from Namur, Balthasar Paul, plotted to set Amsterdam on fire. Part of his plans was to set the exchange on fire. His plans failed and Balthasar Paul ended his life on the scaffold on the nearby Dam Square.

Perhaps as early as 1611, but in any case after the renovation and expansion of the building in 1668, stock trading had a permanent place on the open-air trading floor.

The vast majority of transactions concluded in this exchange concerned the trade in goods, but the Hendrick de Keyser’s Koopmansbeurs was also the place where VOC shares and, from 1621, also shares in the West India Company were traded. It is therefore that is this building is considered to be the oldest stock exchange in the world. Making this engraving the world’s first image of a stock exchange!

A separate Korenbeurs [“corn bourse”] was built in 1617 near the Oude Brug, on the south side, over the water for the grain merchants.

In 1835 the Koopmansbeurs had subsided to such an extent that it had become unusable and eventually the building had to be demolished between 1836 and 1838. It was replaced by the Beurs van Zocher, on the other side of Dam Square.