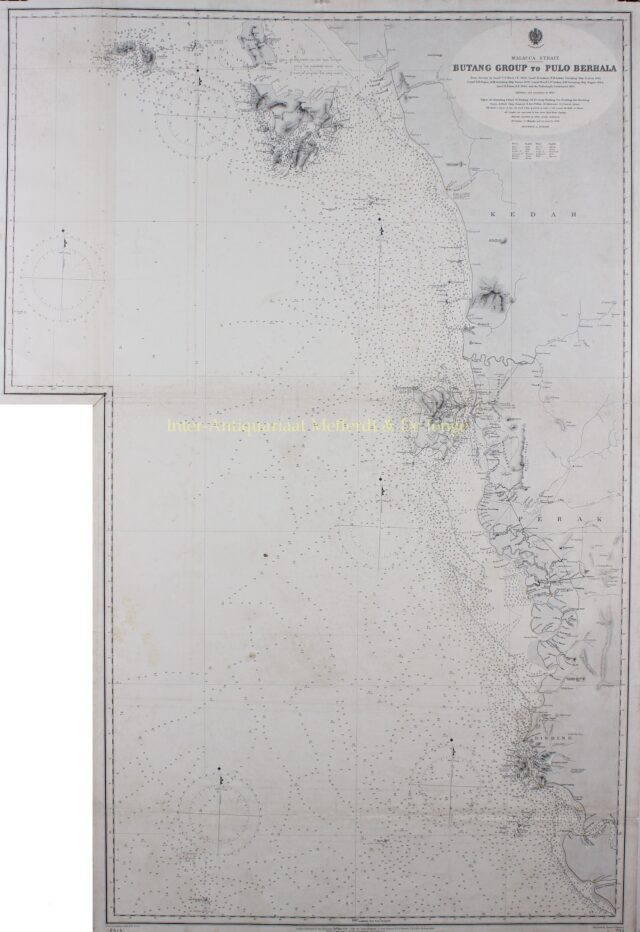 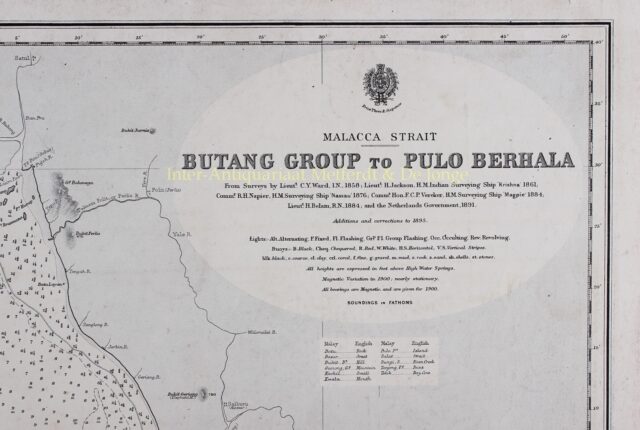 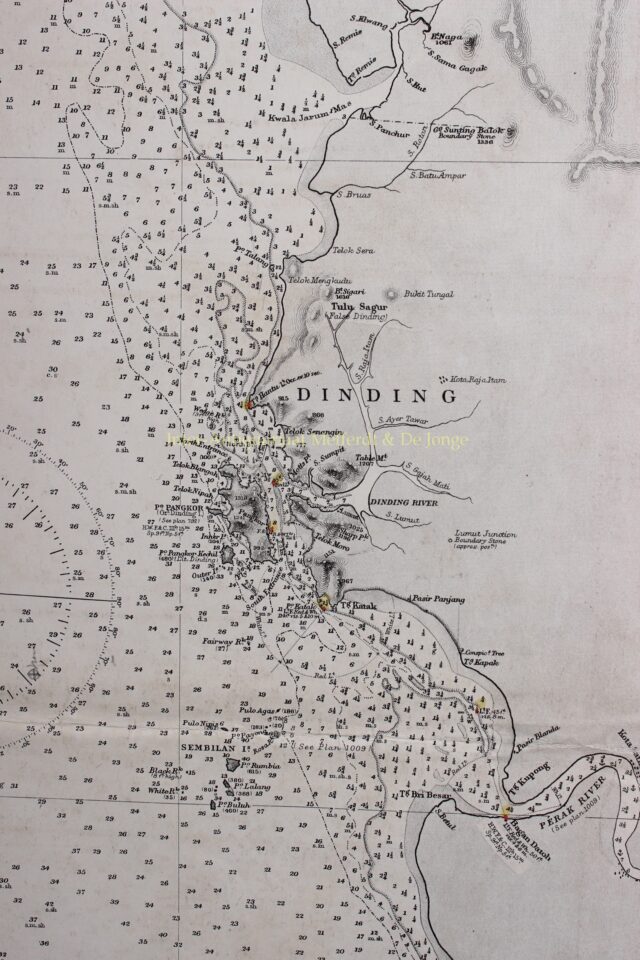 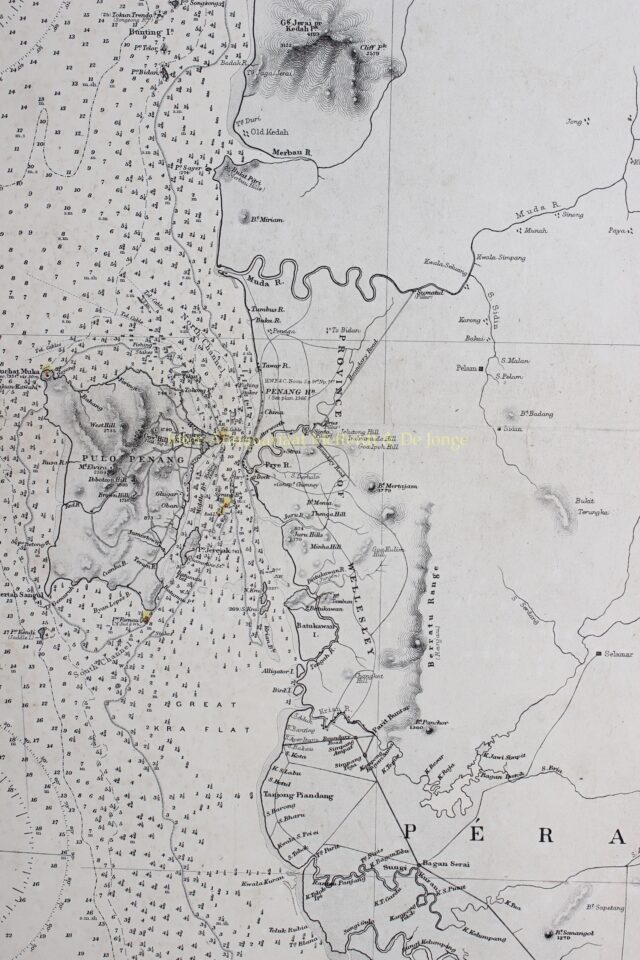 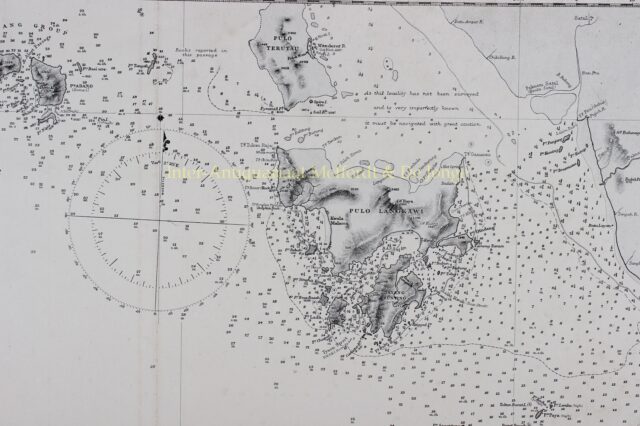 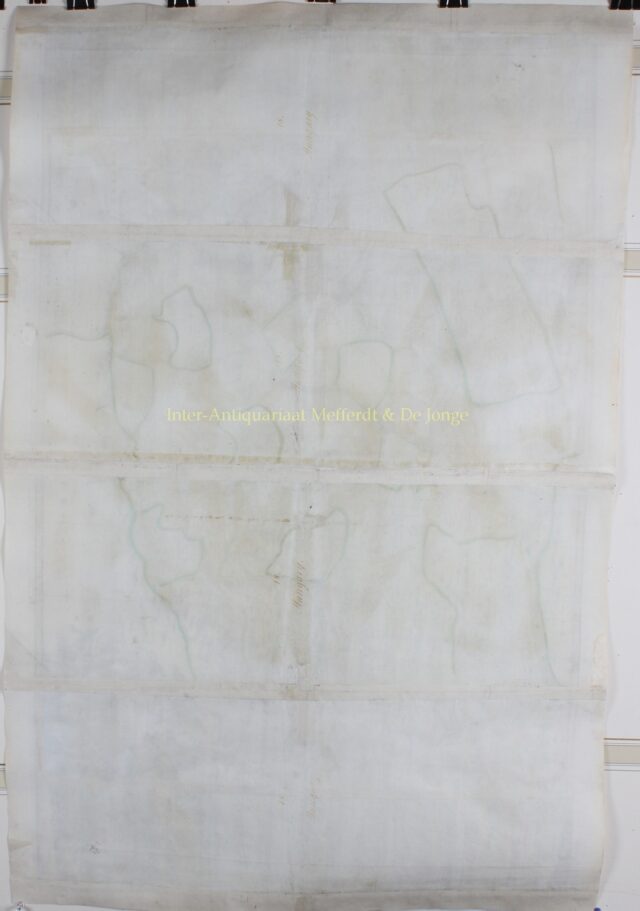 “Malacca Strait – Butang Group to Pulo Berhala”, engraving by Davies & Company published in London by the British Admiralty on 23 May 1896 under the superintendence of Rear Admiral Sir W.J.L. Wharton. Size: 114 x 77 cm.

On this rare and large 19th century nautical chart or maritime map we see the Malacca Strait with Langkawi, the “Jewel of Kedah” the archipelago of islands some 30 km off the coast of what we now call northwestern Malaysia. (In those days still the sultanate of Kedah.)

Further south, off the coast of Perak, there is Penang Island, an important centre of spice production within Southeast Asia. George Town on Penang was capital of the Straits Settlements from 1826-1832 and an important British entrepôt. By the end of the 19th century the city had evolved into a leading financial centre in Malaya.

For a adjacent chart of the Malacca Strait to the south, please check here.